Google, Facebook, and Twitter have done a fine job of silencing conservative publishers with their conspiratorial crusade, feeding the public only the news the Silicon Valley leftists want the public to see.

Conservative publishers have been shadow-banned by Twitter, had our accounts deleted by Facebook, and dropped so far in Google searches that you will typically find us nowhere near the first search page.

You see, we, the conservative publishers of America, were instrumental in the election of President Donald Trump, something no one on the left thought possible (and can never forgive) before November 2016, as they believed that their very own mainstream media had full control of public opinion and could drive it in any direction they wished at any time they wished. Thus, the MSM’s 24/7 campaigning for Hillary Clinton for months ahead of the election. It was in the bag, they thought.

The liberal lemmings had not expected Mom and Pop America to take the patriot publishers seriously.  Why, they were no more than an ephemeral amusement that would go the way of pet rocks after Hillary had been coronated. Thus, the establishment left felt not the least bit threatened by what they considered to be a disorganized assortment of redneck jingoists across flyover country who were quietly getting through to Mom and Pop via the internet and social media.

Then it happened. President Trump was elected, shocking the left (but not me).

Thus began the Silicon Valley crusade to ‘silence the opposition’ (sound Nazi enough for you?), which began in earnest in January 2017. Via a campaign of algorithmic manipulation, the Big Three (Facebook, Google, and Twitter) incrementally steered traffic away from our sites, ultimately rendering us virtually invisible.

Powdered Wig has suffered a traffic loss of over 90% since our peak prior to November 2016.

Not to be outdone by the Big Three, tech giant Microsoft has now joined the crusade to punish and censor patriot publishers by featuring a NewsGuard plugin with its Edge browser.

Who is NewsGuard, you ask? The latest partisan, phony, leftist news-filtering organization posing as a legitimate arbiter of journalistic credibility. Hired by the slimy serpents of Silicon Valley to determine which news sites offer quality, reliable information and which are nothing more than fake news, NewsGuard is as fair and unbiased as the screeching hens on The View.

Even without the shield, there is an easy way to tell if a news site has been sanctified by NewsGuard as a favored green site or a damned red site. Left-leaning sites sport a glorious green shield while conservative sites bear the red shield of shame. It’s that simple.

Consider the following: In a recent news segment involving disgraced Virginia Democrat Governor Ralph Northam, the Queen of Fake News (CNN), broadcast a photo of the reportedly racist governor. In its own chryon at the bottom of the photo, CNN placed an “(R)” after the governor’s name, labeling the Democrat governor a Republican. This did not appear to be an innocent mistake. Powdered Wig was quick to point out the damnable lie by CNN, which was only business as usual at the least reputable and most partisan network on the air. CNN lies and twists the truth so often it has become a punchline in the industry. Screenshot of CNN’s lie…. 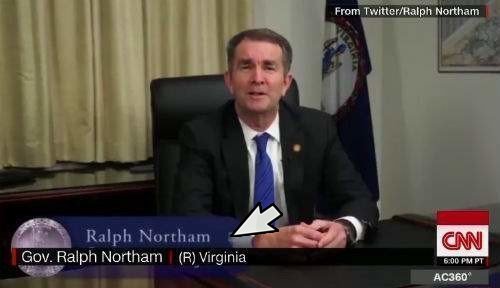 Now, to which of the media sources, CNN or Powdered Wig, do you believe NewsGuard has given its esteemed green shield of impeccable credibility? Would it be CNN, caught in yet another lie, or Powdered Wig, for reporting CNN’s disgraceful fabrication? 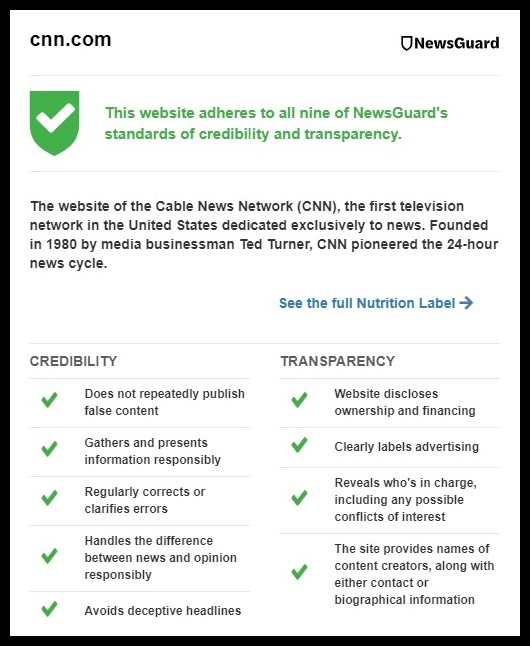 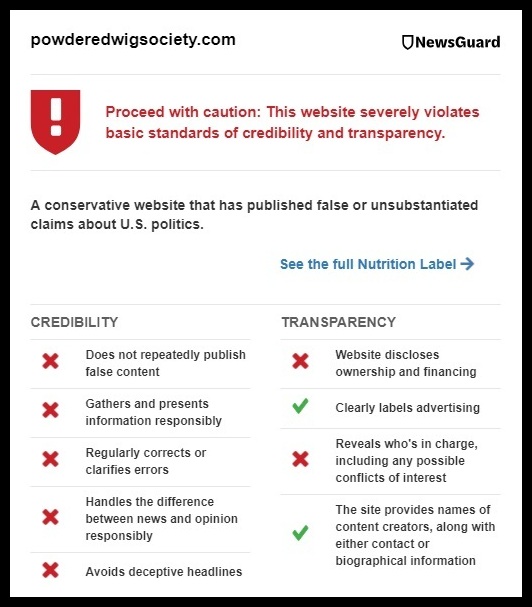 Controlling what news voters do and do not receive has become a big focus in the digital age. Mainstream media giants and establishment political operatives alike have long fought to stigmatize, discredit, and censor any news that doesn’t fit their agendas.

Now a familiar player is getting into the censorship game: Microsoft just announced that — by default — the tech giant’s Edge web browser will feature a “NewsGuard” plugin that will immediately display a big red exclamation mark and a scolding warning when users view news outlets its censors dislike. Media outlets hand-selected by NewsGuard and Microsoft, on the other hand, will get a big friendly green check mark and flattering praise of their journalistic merit.

Who are the approved “green check mark” news sources? The left-leaning, establishment media outlets you would expect: CNN, The Huffington Post, The Washington Post, and so on. These are the same sites that rushed to publish dozens of demonstrably false stories about Catholic high schoolers harassing a Vietnam veteran — and wound up putting those teenagers and their families in the crosshairs of a vicious internet hate mob — and then, largely refused to apologize for getting the story completely wrong.

Other members of the “good news” club include Rolling Stone, responsible for making a cover story out of the most destructive rape hoax since the Scottsboro Boys, and BuzzFeed News, responsible for the report accusing President Trump of committing a felony by allegedly telling Michael Cohen to lie to Congress. The story was so outrageously false that Special Counsel Robert Mueller’s office issued a rare public statement to disavow it.

Which media sources are arrayed on the other side of this equation, the “bad news” bears designated on NewsGuard with red exclamation points? Exactly who you’d expect: Breitbart News; Drudge Report; the Daily Mail, Britain’s third-largest newspaper; and other outlets popular outside the Acela corridor.

In the end, this scheme is really no different than the dubious “fact checks” that holier-than-thou establishment media outlets have used to belittle their competitors and silence people who see the world a little differently than the folks in newsrooms in New York, Washington, and Los Angeles.

It should come as no surprise that NewsGuard’s creators and censors come from the same media world they seek to police, mostly former editors and publishers of establishment news and opinion publications. Nor should the syrupy praise their former colleagues and co-workers are already lavishing on the scheme be surprising – it has become a commonplace belief among these paternalistic elites that the common man needs to be protected from raw, “unfiltered” news and opinion.

The most novel aspect of this news-censoring trend is Microsoft’s involvement. Google and Facebook have been engaging in media censorship for years, but this is older generation big tech getting in on the act, perhaps in some ways demonstrating that it has to censor just to keep up with its younger, and more innovative, social media brethren.