John Boner must have gotten a pair for Christmas. He dissed Obama by inviting Ben Netanyahu to speak before Congress on Feb 11

The topic of Netanyahu’s speech will be the Iranian nuclear program, and what to do about it. His Exalted Highness has promised to veto any sanctions on Iran passed by Congress.

From Dana Bash and Deirdre Walsh, CNN
Is Boehner fanning the flames with Netanyahu invite?

Washington (CNN)Israeli Prime Minister Benjamin Netanyahu will give a speech to Congress on the issue of Iran Feb. 11.

Netanyahu has raised alarm bells about nuclear talks between the Obama administration and Iran. In the U.S., the Iran talks are a topic that has pitted President Barack Obama against senior Democrats in the Senate, one of whom accused the administration on Wednesday of using talking points “straight out of Tehran.”

Congressional leaders in both chambers are considering proposals to increase sanctions while international negotiators try to reach an agreement with Iran over nuclear capabilities. The sanctions would not kick in unless certain benchmarks are met by June 30, but the White House has argued that a debate and vote now could derail the talks.

President Obama, who has threatened a veto if a sanctions bill passes through Congress, used uncharacteristically frank language at a press confeence last week to warn fellow Democrats and Republicans who support sanctions to “hold their fire.”

Far from holding their fire, Democrats who support a sanctions bill, like Sen. Bob Menendez, D-New Jersey, have increased their criticism of the White House.

“The more I hear from the administration and its quotes, the more it sounds like talking points that come straight out of Tehran,” railed Menendez at a hearing with administration officials on Capitol Hill.

Boehner told reporters he did not consult with the White House about the invitation to Netanyahu, saying “the Congress can make this decision on its own.”

Asked by CNN if this was a deliberate poke at the President, Boehner replied “I don’t believe I’m poking anyone in the eye. There is a serious threat that exists in the world and the president last night kind of papered over it.”

He added, “the fact is there needs to be a more serious conversation in America about how serious the threat is — from radical Islamic jihadists and from the threat posed by Iran.” 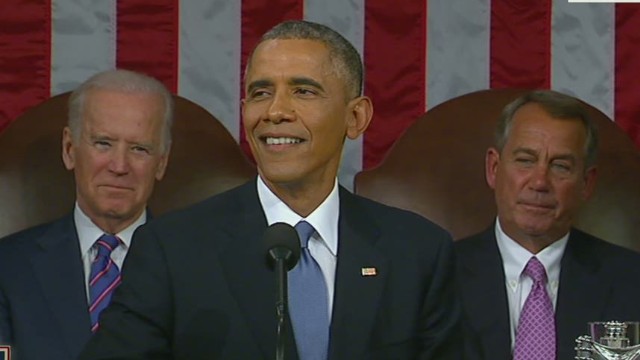 Boehner declined to say when the House would vote on another Iran sanctions bill, but said committees are planning hearings on the issue. Multiple House GOP aides say there are plans for a vote, but the timing is still unclear.

Boehner announced his invitation for Netanyahu to address Congress about Iran the day after President Obama pled with Congress during his State of the Union address to allow the talks to progress.

Typically invitations to foreign leaders to address Congress are coordinated ahead of time with the White House, but congressional sources said the Speaker acted on his own.