Bombshell! North American Law Center: “We are going to release the files we have, two weeks from tonight, and we will bury Ted Cruz forever”

I have been saying this for months. In fact, Donald Trump tweeted one of my articles to the world a couple of months ago regarding the ineligibility of Both Canadian Cruz and anchor baby Rubio. It is good to know that The Donald reads Powdered Wig.

Why would Cruz need to seal his mother’s citizenship records? Did she ever become a naturalized citizen of the United States? If so, that would mean she was not a US citizen when little Rafael was born, thus disqualifying Cheating Ted from the presidency. Cruz’s father became a naturalized US citizen in 2005. Was Mama Cruz naturalized at the same time?

Maybe the Canadian can hire Barack Hussein’s web guy to perform a little selective editing (above). 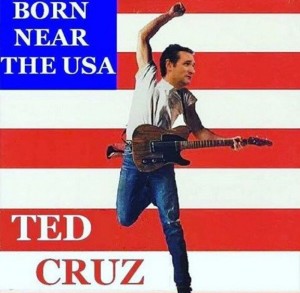 “In 2 weeks the North American Law Center will release proof that Ted Cruz is a fraud. They have issued his campaign a warning that if Cruz doesn’t tell the truth and step down they will release their proof – the truth that so many refused to believe or listen to.” – Karen Bracken

The North American Law Center issued this stark notice to the Cruz campaign on their latest podcast on April 3 (19:00 mark) –

“We’re talking about American citizens (who) think a guy who’s Canadian-born is eligible to be a U.S. president – without any documentation whatsoever. If Ted continues on – we are going to release the files we have, two weeks from tonight, and we will bury Ted Cruz forever in American politics… If we have to stop this guy from defrauding this nation, then we are going to do that.” – J.B. Williams, N.A.L.C.

Legitimate challenges to Rafael ‘Ted’ Cruz’s Constitutional eligibility to hold the office of the presidency of the United States have been put forth, as lawsuits move forward in states across the nation, but some even contend that Cruz may also be in the senate illegally, due to questions about his status as an American citizen, and whether or not he is indeed a ‘natural-born citizen.’

North American Law Center: “Ted Cruz Is Not a Legal U.S. Citizen At All

According to all relative legal citizenship documentation available at present, Senator Ted Cruz was born Rafael Edward Cruz, a legal citizen of Canada on December 22, 1970 and maintained his legal Canadian citizenship from birth until May 14, 2014, 43 years later.

At present, all FOIA (Freedom of Information Act) requests filed in search of any U.S. citizenship documents to confirm the true official U.S. citizenship status of Ted Cruz have been denied access. All citizenship records for Ted Cruz are sealed unless and until Ted Cruz agrees to allow any such records to be released by either U.S. or Canadian agencies.

All of this explains why Senator Ted Cruz has no legal U.S. citizenship documentation of any kind. He is not a “natural born” – “native born” or “naturalized” citizen of the United States. Because someone must be one of the three in order to be a legal citizen of the United States, Senator Ted Cruz cannot possibly be a “legal U.S. citizen” of any form.

Larry Klayman, founder of Judicial Watch: “Cruz and Rubio: Neither is Eligible”

Cruz is not a natural born citizen since he was born in Canada to an American mother and a Cuban-Canadian father, and until last year was a dual Canadian-American citizen. In 2014 he conveniently renounced his Canadian citizenship in the nick of time to run for the presidency. Rubio, on the other hand, was born in the states, but his parents were not citizens at the time of his birth.

Lawsuits against Ted Cruz were filed in Florida, Vermont, Texas, Utah, Illinois, Arkansas, Alabama, New York, and Pennsylvania, and individuals who raised a ballot challenge in Indiana are weighing whether they’ll file suit.