Photo, above: Charles McCarry, reported to be the mastermind behind the plot to destroy President Trump. Link to video interview of McCarry by Charlie Rose…. McCarry)

The following is an update on a story within a story that we have been following involving recent happenings in the Middle East, a dark web reward offer of $150 million to anyone who would kill President Trump, and how that relates to the recent arrest of US federal intelligence contractor Reality Winner.

In this report from Sorcha Faal, a mastermind behind the effort to destroy President Trump is revealed. As always, please use your own judgment in determining the veracity of the report herein. There are far too many coincidences here to ignore.

By: Sorcha Faal, and as reported to her Western Subscribers, via whatdoesitmean.com

A new Foreign Intelligence Service (SVR) report circulating in the Kremlin today states that one of the top “masterminds” engineering the “Deep State” war to destroy President Donald Trump is a long known Central Intelligence Agency (CIA) undercover assassin named Charles McCarry—who though currently lauded as being “the dean of American spy writers”, aided his son, Nathan McCarry, in establishing a private US intelligence company known as Pluribus International Corporation—one of whose analyst/interpreters, named Reality Leigh Winner, was arrested for espionage by the Federal Bureau of Investigation (FBI) this past week after her returning from Qatar.  [Note: Some words and/or phrases appearing in quotes in this report are English language approximations of Russian words/phrases having no exact counterpart.] 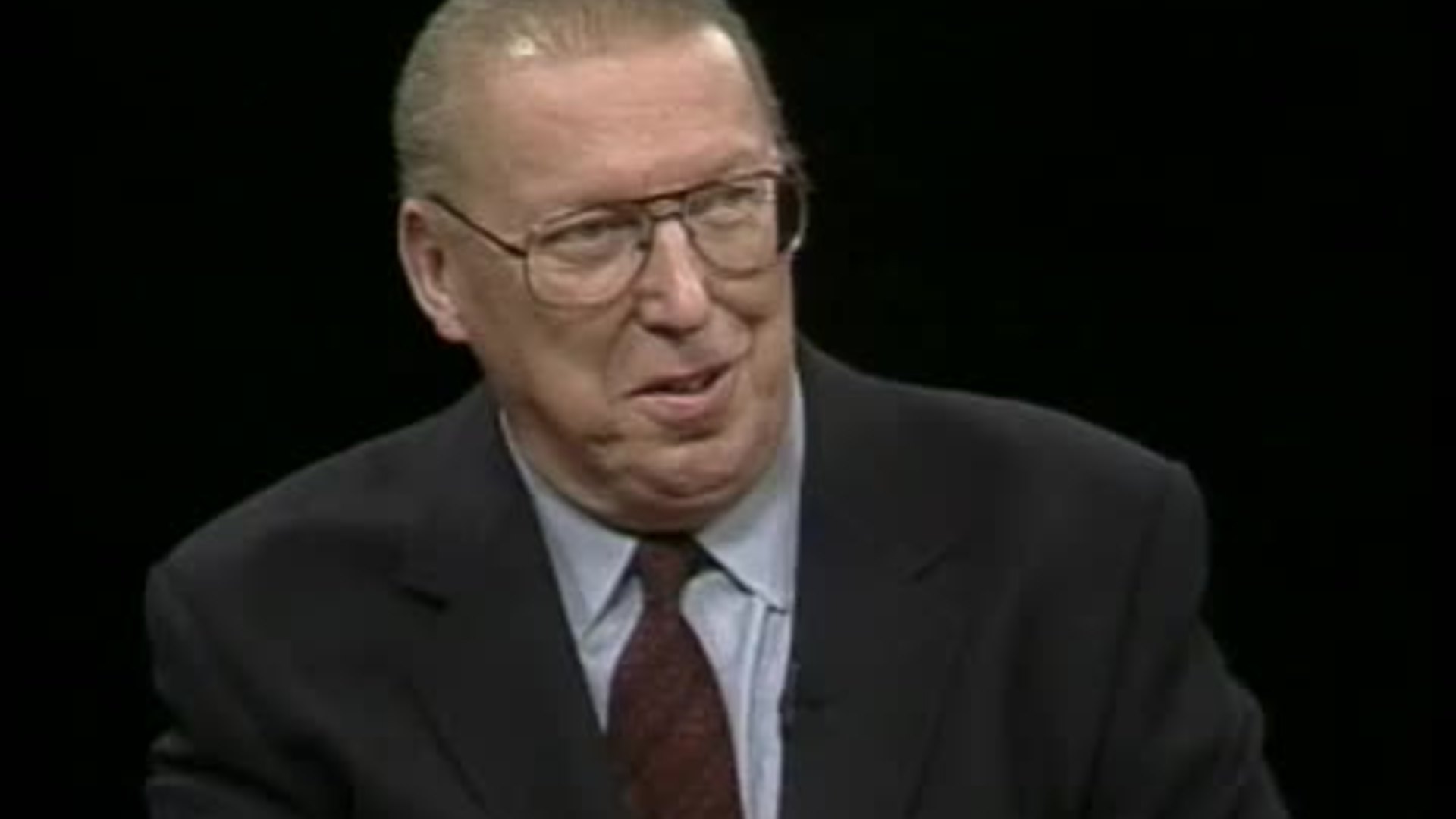 According to this report, Charles McCarry’s Committee for State Security (KGB) codename was “Black Hammer” due to his using a hammer during his “kill operations” against Soviet agents operating within Eastern Europe during the early years of the Cold War—and that McCarry became a CIA assassin in after his quitting being a speech writer for President Dwight Eisenhower in the early 1950’s.

Though claiming to leave the CIA in 1967, this report continues, Charles McCarry, instead, became an integral part of the “Deep State” war against President Richard Nixon to unseat him from power—and who, since 1971 with his first novel “The Miernik Dossier”, has detailed his “Deep State” career and actions through his fictional character named “Paul Christopher”.

While purporting himself as being a writer of fiction, this report notes, Charles McCarry has spent the greater part of the past 40 years operating within the “Deep State”—and whose greatest accomplishment to date was using his son Nathan McCarry as the “figurehead” to establish a private spying company named Pluribus International Corporation, whose operations span the globe and lie at the very center of the vast US intelligence community.

Pluribus International Corporation, this report explains, provides covert language and intelligence analysis support to not only the US government, but other nations too—and in its latest reporting said it earned over $140 million, while still calling itself a “small business”.

Most bizarrely to note about Pluribus International Corporation, this report says, is that the vast majority of its nearly 210 employees are young woman with US military backgrounds—a philosophy explained by Nathan McCarry’s wife, Valerie McCarry, during a 2014 radio interview wherein she described her travails of being a young 20-year-old unwed mother raised in a US military family.

One such young female US military veteran hired by Pluribus International Corporation, this report continues, was a 25-year-old US Air Force veteran named Reality Leigh Winner—who aside from being a rabid anti-Trump “resistance” activist, spoke four languages—English, Farsi, Pashto and Dari. 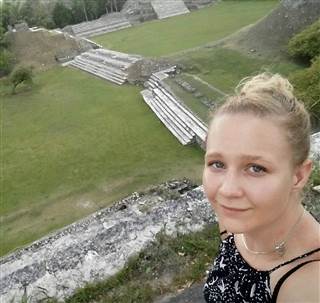 Upon Reality Leigh Winner being hired by Pluribus International Corporation on 13 February 2017, this report details, she was instrumental, due to her language skills, in establishing the “dark web” communications of a “Deep State” group calling itself “Palpatine’s Revenge”—that the SVR had previously identified as having offered a $150 million “kill order contract” on the life of President Trump, with “Palpatine” further being identified by the SVR as being Qatari Emir Sheikh Tamim bin Hamad Al Thani, who had vowed that Trump “wouldn’t be in power for long”.

With the SVR having continuously kept President Trump informed of this vast “Deep State” plot against him, this report continues, it was only by Trump’s firing of the “nut job” FBI Director James Comey that enabled the FBI to move against these “Palpatine” plotters—and that resulted in Trump-loyal FBI forces obtaining a signed arrest warrant Reality Leigh Winner for espionage on 5 June—followed less than 15 minutes later (at 6 a.m. on 5 June when Winner’s arrest was confirmed) the majority of Arab nations breaking all diplomatic and travel ties to Qatar—and that has now been joined by Jordan and the Philippines too. 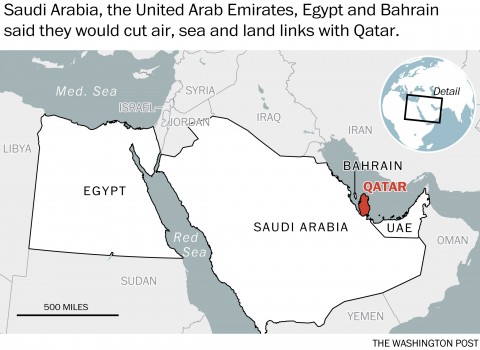 As the Charles McCarry-Nathan McCarry-Pluribus International Corporation-Qatar “Palpatine’s Revenge” “Deep State” network is in the process of being destroyed, this report says, President Trump was right to suggest just hours ago that the “beginning of the end of terrorism” is near—and if so, would enable the FBI to investigate the greatest crime ever committed against the American people.

Stunningly, this report notes, the American people have been kept from knowing by their mainstream propaganda media about the largest leak of intelligence data in that nation’s history that involves more than 600 million classified documents on 47 hard drives taken from the National Security Agency and the CIA proving that the Obama regime spied on over 20 million US citizens (including President Trump) in violation of all laws—and due to former FBI Director Comey failing to investigate this massive crime, has sent such fear into the US Congress, the US intelligence communities authorization to spy on anyone is now in danger of being revoked. 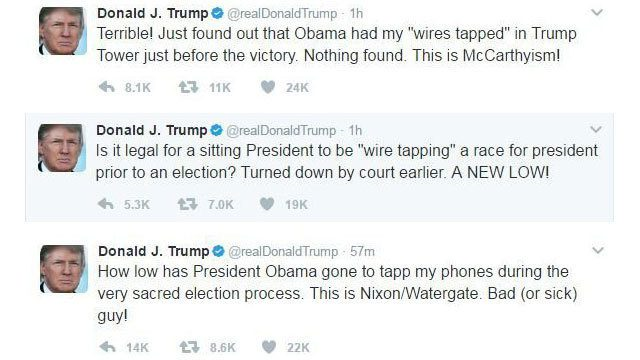 This report concludes by grimly noting that even though it now appears President Trump is gaining on his “Deep State” adversaries who desperately want a war, Russia’s anti-missile umbrella defense against a US nuclear first strike needs to be accelerated and the massive Russia-China war games against the Americans must, also, proceed—with both occurring as President Putin warns: “I don’t think anyone would survive such a conflict.”

Critical Note: As previously written exhaustively about by Sister Ciara in her letter “Deep State” In Disarray As Trump’s “Fathomless Federation” Gains Ground, President Trump has just nominated Christopher Wray to be the next FBI Director and join his “Fathomless Federation” of global law firm behemoths battling against the “Deep State”—and who comes from the 129-year-old global law firm King & Spalding LLP that Trump has previously tapped to join this historic war.

If You Are Divided And Are Fighting Amongst Each Other, You Still Aren’t Paying Attention! (Video)
April 13th, 2021 Sons of Liberty Media

The ACU Creates A Push Back Against The U.S. Corporate Wokeism Threatening Our Liberty
April 13th, 2021 The Lid
Contact us