You have to feel sorry for the Swedish people. Most of them recognize the very serious threat that Islam poses to their security and prosperity. The Muslim invasion has proceeded without interruption for many years, while Swedish leaders continue to open their arms to the horde that is straining Sweden’s generous welfare system.

In an article from 2015, Powdered Wig noted how not all Swedes are accepting this invasion lying down. A group of Swedish vigilantes burnt nine Muslim refugee centers to the ground. Several more have been torched since then. The last count I recall was seventeen.

Yet, Sweden’s leaders continue with their politically correct insanity, allowing their country to be overrun and Sweden’s rich culture to be overwhelmed by Islam and its mentality of rape. Sweden is now known as the rape capital of the world. 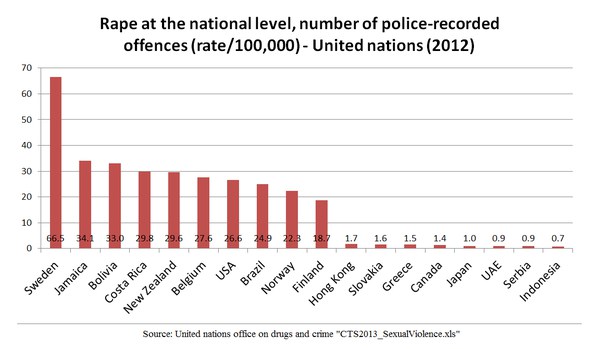 But, none of that is enough for Sweden’s ultra-liberal leaders. “To hell with our citizens,” they seem to be saying. “Let’s bend over backwards for our Muslim invaders, lest we labeled ‘racists’.”

Case in point: The largest mosque in Scandanavia was just completed in Malmo, Sweden, but Muslim leaders have instructed Sweden’s leaders to refer to only it as a “cultural center,” and the noodle-spined Swedish leaders are all too happy to oblige.

On April 28, the Ministry of Awqaf and Islamic Affairs of the State of Qatar opened the Umm Al-Mu’minin Khadijah Mosque in Malmö, Sweden. Qatar — the epicenter of Muslim Brotherhood and the base of its proselytizing megaphone, Al Jazeera — paid more than 3 million euros to build the mosque, which is almost 2,000 square meters and accommodates up to 2,000 people, making it the largest mosque in Scandinavia.

One astonishing fact about this new mega-mosque is that, according to Swedish mainstream media, the opening never happened. Not a single Swedish news outlet mentioned the opening. Swedish authorities were also completely silent on the topic. On her Facebook and Twitter accounts, Malmö’s Mayor, Katrin Stjernfeldt Jammeh, wrote about the opening of a new office for army recruits in Malmö and the Swedish coast guard moving its activities to Malmö harbor, but failed to mention the opening of the largest mosque in Scandinavia. The website of Malmö municipality was also silent on the topic.

For information on what goes on in Sweden, therefore, one has to turn to Qatar News Agency, which reported:

“He added that the Umm Al-Mu’minin Khadijah Mosque is the largest mosque in Scandinavia and is located on the first and second floors of the four-story building of the Wakf of Scandinavia in Sweden. The mosque is equipped with facilities for people with special needs to perform prayers and others for children and women.

The organization in Sweden behind the mega-mosque is the Swedish Wakf, better known as the Islamic Community of Malmö. In its statutes, the Swedish Wakf describes itself as a “religious and cultural community, registered as an ideal institution”, and “politically independent”.

The neighbors of the mega-mosque, which was never supposed to be a mosque, according to the Wakf’s own application for building permits, but merely a “cultural center” (the application talks about “an activity center for youth and families in Malmö with a focus on Rosengård”), protested when they learned of the plans in 2010. The Malmö municipality brushed them off. “It is like any congregational activity, and I find it hard to see that there should be anything to worry about”, said Dick Johansson, representing Malmö municipality, at the time.

As it turns out, there is a great deal to worry about.

Several of the Swedish Wakf’s members come from the Swedish Islamic Cultural Association, whose spokesman and front figure, Ammar Daoud, was described by Swedish newspaper Sydsvenskan in an article from 2006, as the “apprentice” of the Danish imam Abu Laban. Laban, who died in 2007, was known for his jihadist connections and for instigating riots in the Muslim world against Denmark after the 2005 publication of the Mohammed cartoons in Denmark’s Jyllands-Posten. He led his own Danish Wakf — Danish Islamic community — in Copenhagen.

Laban declared Sayid Qutb, the Muslim Brotherhood’s chief ideologue, to be his role model, and was a frequent guest preacher at one of the basement mosques of the Swedish Cultural Association in Rosengård (a crime-ridden, infamous no-go zone in Malmö).

Already in 2006, Abu Laban told the daily Sydsvenskan that he wanted to “help” his Swedish Muslim friends establish a new mosque. Abu Laban and Ammar Daoud were unhappy with the existing mosque in Malmö, Islamic Center Mosque, which Abu Laban derisively labelled “Islam-light”.

In 2010, Khaled Assi, head of the Swedish Wakf (a position he still holds today), told a Swedish journalist that he was “inspired” by Abu Laban and his Wakf in Denmark. When the journalist asked Khaled Assi whether his organization was in fact building a mosque, he told her that “there already is a mosque in Malmö” and that the “cultural center” would just contain a “small prayer room”. Asked about the financing of the project, Assi said that the Wakf was “unassociated with any organization” and that all financial contributors were “individuals from Malmö and Skåne”, although they would also approach “individuals” abroad.

At the opening of the mega-mosque of the Wakf on April 28, Malmö City Councilor Frida Trollmyr gave a speech in which she continued to use the term “cultural center”, never using the word “mosque”, as if — Soviet style — the use of certain words could alter reality:

Trollmyr’s speech will go down in history as the moment Malmö municipality finally submitted completely to Islam.