Belgian police opened fire on the driver of a vehicle during raids targeting terror suspects across Brussels last night in which 16 people were arrested.

The prosecutors office said it was during a raid on a snack bar in Molenbeek that the man drove at police, who opened fire on his vehicle.

Authorities raided 19 properties in the coordinated police operation, arresting 16 people who are set to appear before a judge today.

However, Paris fugitive Salah Abdeslam was not among those arrested, and no weapons or explosives were found. 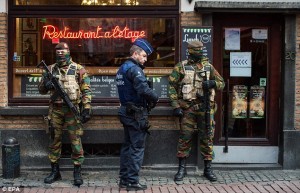 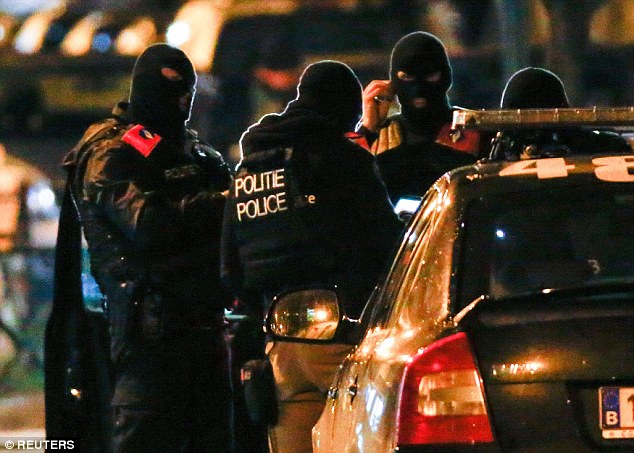 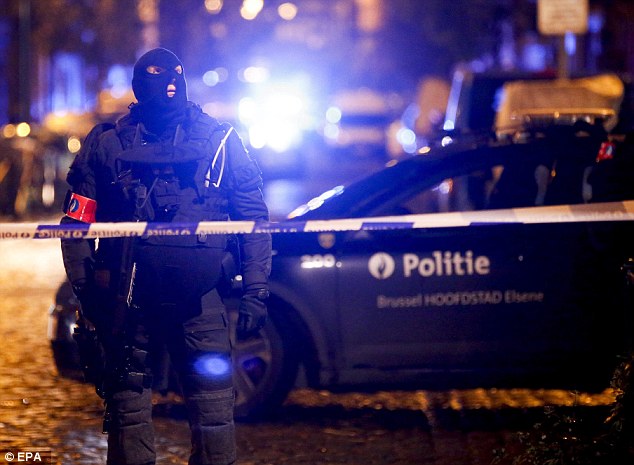 Early reports from the area said residents were told to stay away from their windows, while others were escorted out of nearby restaurants.

Abdeslam was said by Le Soir newspaper to have been identified fleeing in the direction of Germany in a BMW.

Local media reported guests at the Radisson Blu hotel and Hotel Windsor Grande Place had been told to stay indoors, while soldiers were photographed at the buildings.

Police confirmed there was ‘various operations’ underway in Brussels due to a ‘terrorist threat’. They also requested a ‘radio silence’ on social media of details of the operations.

Davide Patteri, an Italian living in Brussels, tweeted: ‘Eating out, police just shut the whole street and now no-one can get out of the restaurant.

‘Was just escorted out of a restaurant [on] rue du midi. Area shut – police op probably going on now.’

It comes as it was announced the city would be locked down for a third day tomorrow with the Prime Minister warning of an imminent attack taking place over several areas by terrorists armed with guns and explosives. 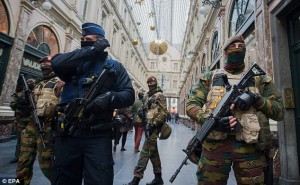 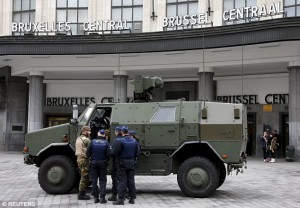