Liberal whiny babies, you may want to retreat to your safe space to read these FACTS regarding the election you just lost miserably

It is getting closer to Inauguration Day, my liberal friends, and while you are searching for just the right bridge to jump from I would like to present you with an early Christmas gift. It’s OK, I’m a generous guy, that’s just the way I roll.

While your candidate is paying off Jill Stein and anyone else who can help her steal the election, and while you point to the popular vote and demand that Hitlery be coronated, I submit to you the following facts….

There are 3,141 counties in the United States.

There are 62 counties in New York State.

Therefore these 5 counties alone, more than accounted for Clinton winning the popular vote of the entire country.

When you have a country that encompasses almost 4 million square miles of territory, it would be ludicrous to even suggest that the vote of those who inhabit a mere 319 square miles should dictate the outcome of a national election. 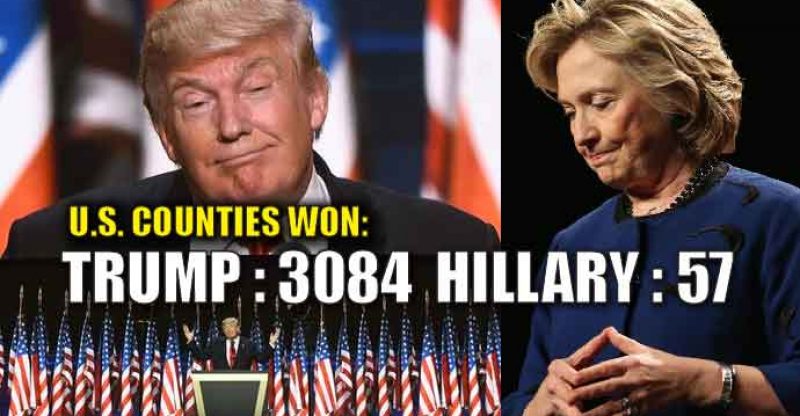