Ted Cruz’s slap at New Yorkers not going over well. The Who’s Who of New York are irate over his thoughtless invective

Ted Cruz is in hot water over his thoughtless insult of New Yorkers and their “values,” which Cruz shockingly claims are driven by money and the media.

What do you expect from a Canadian, right?

See, I just managed to piss off an entire nation. Cruz is still working on a city. The difference is I ain’t running for president, so I really don’t give a doodly what Canadians think of me or their native son, Ted the Cruz, who had better care what New Yorkers think of him. They actually vote in American presidential elections!

Clearly, New York is a Trump state. Cruz has no chance there. So, maybe that’s why he thought he could afford to use New York as a club to bash The Donald.

Not so fast, Senor Cruz! You didn’t expect every prominent New Yorker worth a sound bite to pile drive you into the Hudson, did you? The injury to your image and campaign may very well bleed into other states.

From Hitlery Clinton to Rudy Giuliani to The Donald himself (the target of Cruz’s invective), the Who’s Who of New York are piling onto the junior senator from Texas.

You would think that Cruz would have been smart enough to study a little recent history regarding what happens to GOP presidential candidates who slam Donald Trump, like George Pataki, Lindsey Graham, Rick Perry, and Jeb Bush, may their political careers rest in peace.

Personally, I believe Cruz is making a serious miscalculation. He was Donald Trump’s choice for VP, which Trump says has now changed. Cruz would have been the heir apparent to the White House in 2024, when he is 53 years old, still very young for a president. Instead, Cruz has shit the bed.

I calculate Cruz will be finished in Iowa. Oh, he will hang on through other embarrassing showings in other states that clearly belong to Trump, but he will be finished. Stick a fork in Ted Cruz. He is done! He just doesn’t know it yet.

They say everything is bigger in Texas. I reckon that includes mistakes. 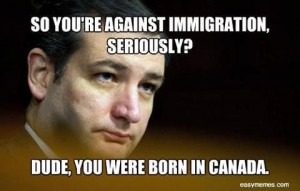 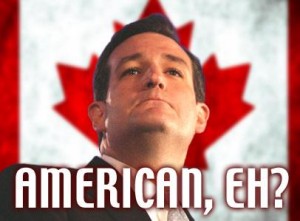 From Rebecca Savransky, The Hill

Rudy Giuliani on Friday said Ted Cruz should apologize to New York City for attacking its “values” in the presidential race.

“After all we have been through as a city and as one undivided nation, to have a United States senator running for President paint New York as a city consumed with greed, sin and media obsession is shocking,” Giuiani, who has not made an endorsement in the 2016 race, wrote in the New York Daily News.

“Sen. Ted Cruz should apologize to the people of New York for his remarks and to the people of the United States for his crass attempt to divide us.”
Giuliani, a former mayor of New York City who made an unsuccessful run for the White House in 2008, joins a growing list of figures pushing back against the Texas senator.

Cruz this week said Republican voters should reject Donald Trump and the “New York values” he embodies, such as support for abortion rights and same-sex marriage.

A spokeswoman for the senator defended the statement on Friday, saying the country must not become like liberal Manhattan.

Trump rebuked Cruz for the attack during the GOP debate on Thursday while recalling how his home city responded to the 9/11 attacks.

“When the World Trade Center came down, I saw something that no place on Earth could have handled more beautifully, more humanely than New York,” Trump said.

Giuliani, who was mayor at the time of the attacks, said New York should be proud of Trump, who delivered a “strong, truthful and eloquent defense of our great city and nation.”