Remember the judge who blocked President Trump’s travel ban last week? Guess who he had dinner with the night before

President Trump’s travel ban is lawful, it is proper, and there is ample precedent for it. In fact, every single president since and including Jimmy Carter has issued such a ban.

The latest of the robed scumbags to usurp the authority of the President of the United States is Derrick Watson, a federal judge in Hawaii, who issued a restraining order last week blocking President Trump’s travel ban nationwide. Thus, the unvetted, diseased refugees continue to flood into America unabated. 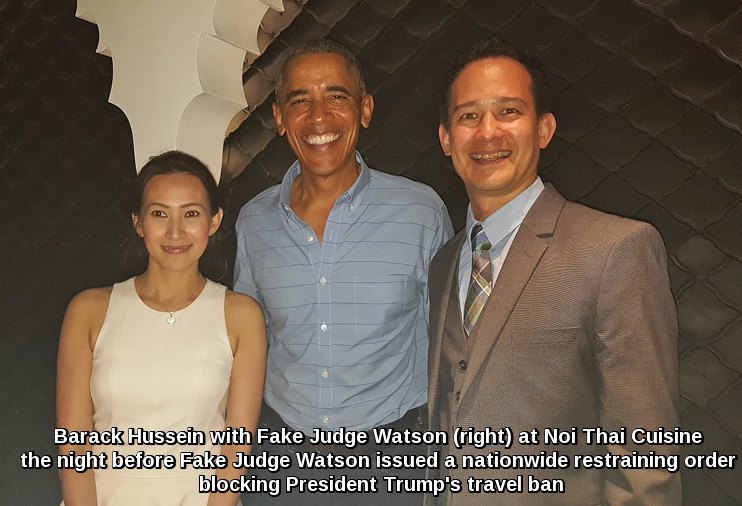