Amazon #1 bestseller, chock full of the best “Reasons To Vote For Democrats”

A “must have” book for every liberal’s coffee table, as empty as his or her soul, Reasons To Vote For Democrats has shot to #1 on Amazon’s bestseller list.

The best thing about Michael Knowles’ bestseller is you can read it cover to cover in one second flat, as it contains 266 blank pages.

Upon his extensive research on the Democrats’ record on economics, civil rights, foreign policy and other issues, Knowles “realized it was probably best to just leave all the pages blank.”

When asked why the chapter titled “Values” was blank (like all other chapters), Knowles explained that he stumbled upon the 2012 Democratic National Convention, when Democrats “were deciding whether or not to include God in their party platform, and the Democrats booed God.”

“That’s not good,” said the Daily Wire correspondent. “I decided, probably, If I’m going to make a good case to vote for Democrats, probably just leave that chapter blank.”

The bestselling author then noted that the chapter on civil rights was also “a real easy one to write,” because the Democrat Party was the party of slavery, Jim Crow laws and eventually the disastrous Great Society legislation.

.@michaeljknowles wanted to write about why Americans should vote for Democrats, but upon further research he couldn't find a reason! pic.twitter.com/rFvARtUJnw 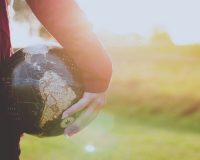