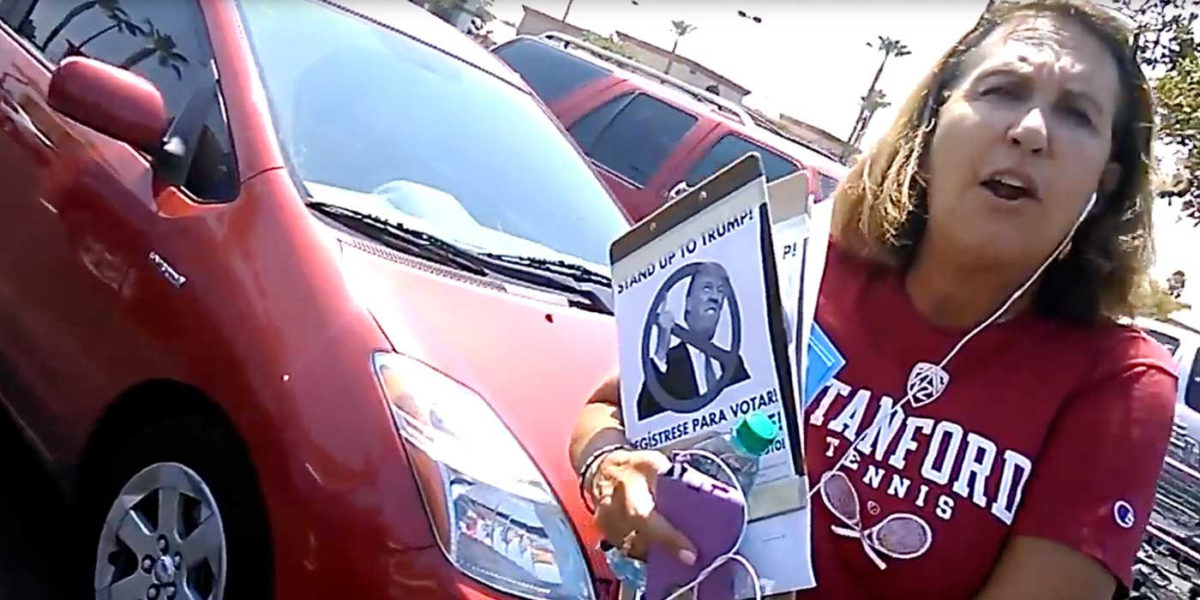 AGAIN Hitlery workers are caught committing voter fraud in Nevada. Unbelievable! And what is being done about it? As far as we know, NOTHING!

James O’Keefe and Project Veritas Action are on it, though, investigating and producing videos proving open, blatant, willful voter fraud by Hitlery’s young goons, who actually think it is funny that they are committing felonies, punishable by jail time and $20,000 in fines per violation. Call it the Clinton Culture.

O’Keefe promises that there are many more videos proving blatant voter fraud by Clinton campaign workers. Some of whom, like Susan Berman, the star of Voter Fraud 1.0, which we published a couple of days ago, are traveling from out of state and are obviously being paid to commit voter fraud for the Wicked Witch of Benghazi.

Back in September, PVA hidden cameras captured Clinton campaign staff in Nevada not only skirting election law, but mocking it.

Project Veritas Action cameras captured numerous Clinton campaign workers boasting that it is better to beg for forgiveness than ask for permission.

Once you have seen these videos I encourage everyone to file a complaint with the Nevada Attorney General. His name is Adam Paul Laxalt, a Republican. You can file a complaint with his office here…. Nevada AG. You can reach his office by phone at the following link, where you can also email if you are able to open the email link, which I was unable to do…. Contact Nevada AG.

I will be filing a complaint today and insisting that Hillary Clinton’s campaign be banned from the state of Nevada, those guilty of illegal voter registration/voter fraud be arrested and charged, and Hillary Clinton’s name removed from the November presidential ballot. I will be submitting the videos, below, as evidence.