A car with diplomatic plates belonging to the Vatican was stopped by French police and found to be transporting nine pounds of cocaine.

Two Italian men who were entrusted with 91-year-old retired Cardinal Jorge Maria Mejia’s vehicle allegedly drove to Spain and picked up the drugs, the Telegraph reported Wednesday. Security staff for the retired Argentinian had instructed the men to take the car in for regularly-scheduled maintenance.

The two men, under the impression that the diplomatic plates would shield them from scrutiny, then allegedly went on the drug run and were caught with the cocaine at a toll station in the French Alps on Sunday, the Telegraph reported.

“Cardinal Mejia is not well and obviously has nothing to do with this,” said Federico Lombardi, the Vatican spokesman, the Telegraph reported. “It’s now up to the police to pursue their investigations.”

The arrested individuals were also in possession of seven ounces of cannabis. 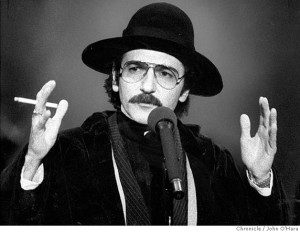 Father Guido Sarducci, who claimed to only be a passenger in the vehicle, discussed his invovement in  the incident.

Sarducci explained: “I was a just a riding along, you know? Kinda’ like a hitch a hikin’, just a getting a ride a back a to a da Vatican. I had a one a Coke all a the way. It was in a red a can.  I bought it at a gas a station. Thassa’ the only kinda’ Coke I know about.”

Please be advised that the part of the story, above, involving Father Guido Sarducci, is satire that I added myself for comedic value. Some people are actually writing to inform me that the article can’t be legit because Guido Sarducci was an SNL character. LOL! ~ Thomas Madison