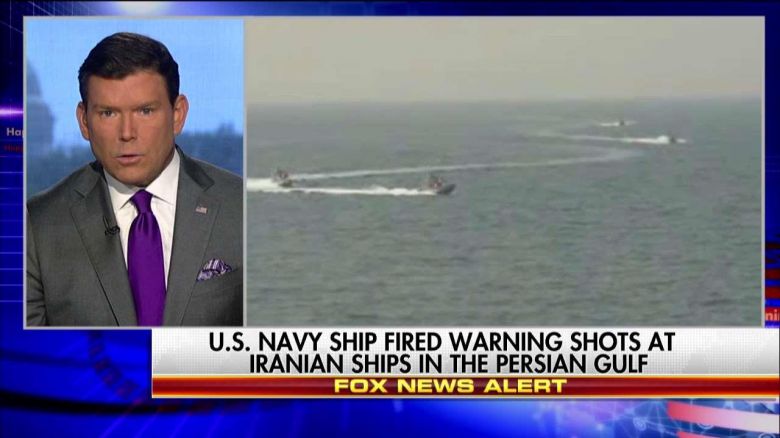 A US Navy coastal patrol ship in Persian Gulf international waters fired warning shots today at an Iranian vessel that was provoking and harassing it, the second such incident in two days.

Fox News has confirmed that a U.S. Navy ship fired warning shots at an Iranian vessel that came within 200 yards in the northern Persian Gulf.

This is the second confirmed incident in two days involving Iranian vessels and U.S. ships in the Persian Gulf.

On Tuesday, a U.S. destroyer was harassed by Iranian boats, forcing the American ship to fire flares into the air.

Bret Baier said this afternoon that the warning shots, fired into the water in front of the Iranian boats, are considered the last action before engaging a hostile vessel.

“We’re at a point where it’s very tense with the U.S. Navy and the Iranian Navy,” he said, adding that despite the nuclear deal with Iran, the country’s provocations continue toward the U.S.