H/T Thomas Ventimiglia
I haven’t always agreed with Pat Buchanan, but I believe he is spot on with this Trump vs. deep state analysis. I have in fact been saying the same thing for two years. I especially agree that President Trump will not be able to defeat the deep state without the help of We the People.

Nefarious scumbags like George Soros bent on destroying America, fund fellow scumbags like Barack Hussein and Bill Clinton, who appoint subordinate scumbags to powerful positions in our government, who remain after their appointers’ terms are up. And there you have the deep state. It is as real as the Washington Monument and its activities are in its own interest, never in the interest of We the People.

From K Street and seditious financiers to Capitol Hill to the deep, dark web of America’s intelligence community to the Pentagon to the complicit, dishonest, corrupt media and beyond (this is only a partial list of those aligned against President Trump), the deep state is a voracious parasite that feeds on American tax dollars. It has thrived and grown since Ike first warned us of its existence as the “military industrial complex” into a now seemingly uncontrollable beast. It cannot be managed or negotiated with. It can only be killed. President Trump understands this and it is what “draining the swamp” is all about, killing the beast, the deep state, which is fighting for its life, knowing that its only hope for survival is destroying President Trump. May God bless and protect him.

I believe it will require a massive campaign effort by President Trump to motivate, inspire, and incite his grass roots followers. The one thing the deep state cannot resist is a massive march on Washington, pitchforks and torches, tar and feather. It is the only thing they understand and are terrified of. One man, Donald Trump, they can lie, cheat, and steal to defeat. Millions of pissed off patriots they cannot, and they know it. They know that we know who they are and the sight of an army of enraged citizen patriots is the last thing they want to see.

How much resistance the deep state puts up is yet to be seen. It could be another Bundy Ranch standoff, with the deep state conceding, then allowing the dust to settle and picking off the leaders of the movement one by one. It could be as easy as stopping Barack Hussein’s intended invasion of Syria, which only required millions of patriots to read the Riot Act to their representatives in Congress. Hussein, given to dictatorial, unilateral executive action, quickly withdrew any such plan when the depth of Main Street outrage was recognized.

Buchanan is right. This war is winnable. We have the leader to win it. However, President Trump can’t do it alone. So, be ready, patriots, for when President Trump calls for our help, drop everything and come running. The futures of your children depend upon it.

President Trump may be chief of state, head of government and commander in chief, but his administration is shot through with disloyalists plotting to bring him down, writes Buchanan for WND.

We are approaching something of a civil war where the capital city seeks the overthrow of the sovereign and its own restoration.

Thus far, it is a nonviolent struggle, though street clashes between pro- and anti-Trump forces are increasingly marked by fistfights and brawls. Police are having difficulty keeping people apart. A few have been arrested carrying concealed weapons.

That the objective of this city is to bring Trump down via a deep state-media coup is no secret. Few deny it.

Last week, fired director of the FBI James Comey, a successor to J. Edgar Hoover, admitted under oath that he used a cutout to leak to the New York Times an Oval Office conversation with the president.

Goal: have the Times story trigger the appointment of a special counsel to bring down the president.

Comey wanted a special counsel to target Trump, despite his knowledge, from his own FBI investigation, that Trump was innocent of the pervasive charge that he colluded with the Kremlin in the hacking of the DNC.

Comey’s deceit was designed to enlist the police powers of the state to bring down his president. And it worked. For the special counsel named, with broad powers to pursue Trump, is Comey’s friend and predecessor at the FBI, Robert Mueller.

As Newt Gingrich said Sunday: “Look at who Mueller’s starting to hire. … (T)hese are people that … look to me like they’re … setting up to go after Trump … including people, by the way, who have been reprimanded for hiding from the defense information into major cases. …

“This is going to be a witch hunt.”

Another example. According to Daily Kos, Trump planned a swift lifting of sanctions on Russia after inauguration and a summit meeting with Vladimir Putin to prevent a second Cold War.

The State Department was tasked with working out the details.

Instead, says Daniel Fried, the coordinator for sanctions policy, he received “panicky” calls of “Please, my God, can you stop this?”

Operatives at State, disloyal to the president and hostile to the Russia policy on which he had been elected, collaborated with elements in Congress to sabotage any detente. They succeeded.

“It would have been a win-win for Moscow,” said Tom Malinowski of State, who boasted last week of his role in blocking a rapprochement with Russia. State employees sabotaged one of the principal policies for which Americans had voted, and they substituted their own.

Not in memory have there been so many leaks to injure a president from within his own government, and not just political leaks, but leaks of confidential, classified and secret documents. The leaks are coming out of the supposedly secure investigative and intelligence agencies of the U.S. government. The media, the beneficiaries of these leaks, are giving cover to those breaking the law. The real criminal “collusion” in Washington is between Big Media and the deep state, colluding to destroy a president they detest and to sink the policies they oppose.

Yet another example is the unfolding “unmasking” scandal.

While all the evidence is not yet in, it appears an abnormal number of conversations between Trump associates and Russians were intercepted by U.S. intelligence agencies.

On orders higher up, the conversations were transcribed, and, contrary to law, the names of Trump associates unmasked.

Then those transcripts, with names revealed, were spread to all 16 agencies of the intel community at the direction of Susan Rice, and with the possible knowledge of Barack Obama, assuring some would be leaked after Trump became president.

The leak of Gen. Michael Flynn’s conversation with the Russian Ambassador Sergey Kislyak, after Obama imposed sanctions on Russia for the hacking of the DNC, may have been a product of the unmasking operation. The media hit on Flynn cost him the National Security Council post.

Trump has had many accomplishments since his election. Yet his enemies in the media and their deep state allies have often made a purgatory of his presidency.

What he and his White House need to understand is that this is not going to end, that this is a fight to the finish, that his enemies will not relent until they see him impeached or resigning in disgrace.

To prevail, Trump will have to campaign across this country and wage guerrilla war in this capital, using the legal and political weapons at his disposal to ferret out the enemies within his own government.

Not only is this battle essential, if Trump hopes to realize his agenda, it is winnable. For the people sense that the Beltway elites are cynically engaged in preserving their own privileges, positions and power.

If the president cannot rewrite Obamacare or achieve tax reform, he should not go around the country in 2018 wailing about Nancy Pelosi or Chuck Schumer. They are not the real adversaries. They are but interchangeable parts.
Read more at http://www.wnd.com/2017/06/what-trump-must-do-to-beat-the-deep-state/#XtaZ2A2hzoODyMFb.99 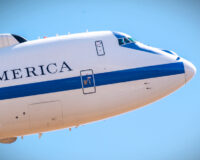