Breaking: US Ambassador to S. Korea slashed in knife attack. N. Korea calls it “just punishment” for US military exercise

Photo, above: U.S. Ambassador to South Korea Mark Lippert was attacked by a knife-wielding assailant before a morning lecture in Seoul on Thursday

‘The knife of justice’: North Korea praises fanatic who slashed US ambassador to Seoul across face, saying attack was ‘righteous punishment’

North Korea has said the brutal knife attack on an American ambassador in Seoul is ‘just punishment’ for US’ decision to hold joint military exercises with South Korea.

This morning, Mark Lippert was left with a gaping wound on the side of his face after a furious activist slashed it open with a knife.

He needed 80 stitches to fix the damage caused by the attack in broad daylight as he attended a breakfast meeting Thursday morning in Seoul.

Both his home country and South Korea condemned the attacks but North Korea’s KCNA news agency described it as an ‘expression of resistance’.

And in a brief statement, it said the attack ‘reflected public opinion in South Korea’ and referred to the weapon used as the ‘knife of justice’.

Korean media reported that someone yelled ‘North Korea and South Korea should be unified’ and ‘no to war training!’ before the bloodied Ambassador was seen leaving the Sejong performing-arts centre around 7.40am local time.

The attacker appears to have slashed Lippert on the right cheek and left wrist.

The State Department says the injuries are non-life-threatening and that Lippert is in stable condition after undergoing surgery at a nearby hospital.

‘It is regrettable that an incident like this took place,’ South Korean Prime Minister Lee Wan-koo said after the attack.

A 55-year-old ‘pro-North Korea activist’ name Kim Ki-jong was arrested immediately after the attack, and video shows the suspect in a salmon colored jacket being wrestled to the ground. 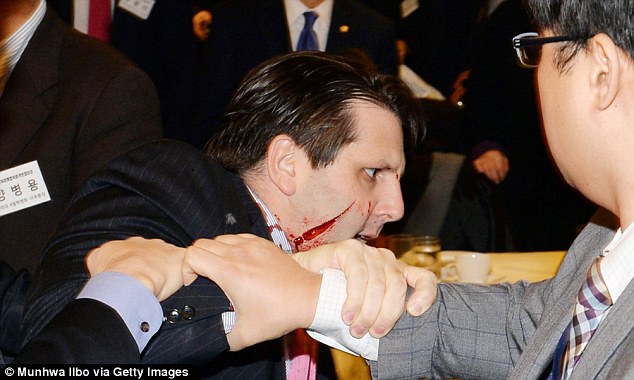 Horrific: The face of the U.S. Ambassador needed 80 stitches after it was slashed open by a man who reportedly yelled ‘North Korea and South Korea should be unified’ 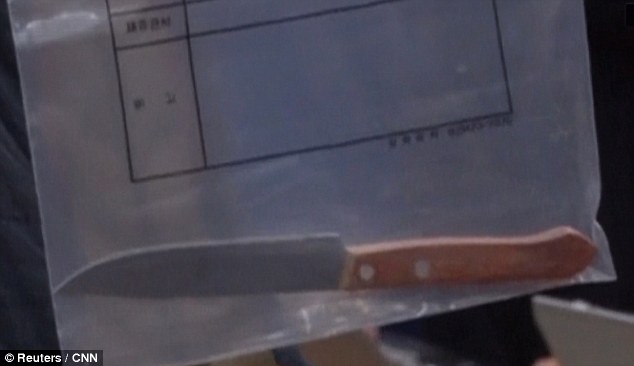 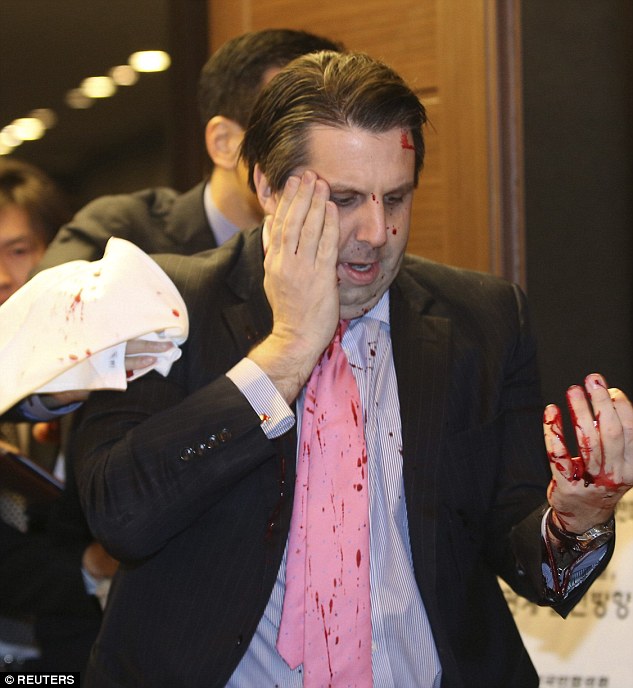 Korean tensions: Someone shouted ‘North Korea and South Korea should be unified’ before the ambassador was seen being escorted out of the Sejong Center around 7:40am 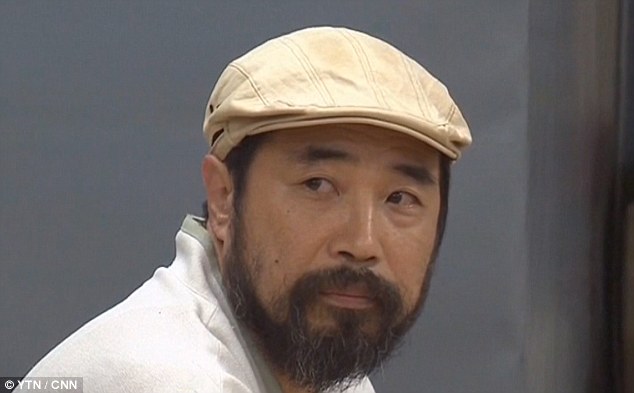 Suspect in custody: A 55-year-old man identified as Kim Ki-jong (pictured) was arrested after the attack 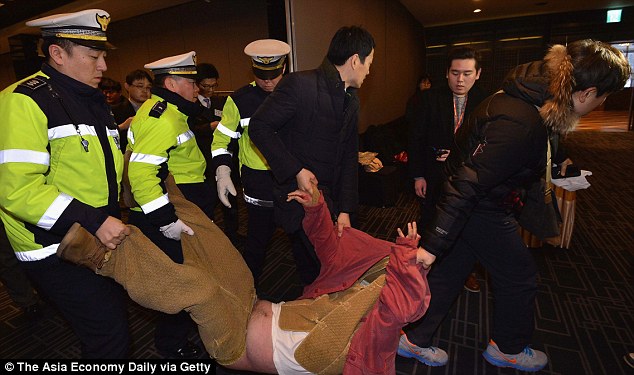 Opposition: Kim (pictured) is believed to have shouted his disgust at the joint United States – North Korean military drills that began on Monday 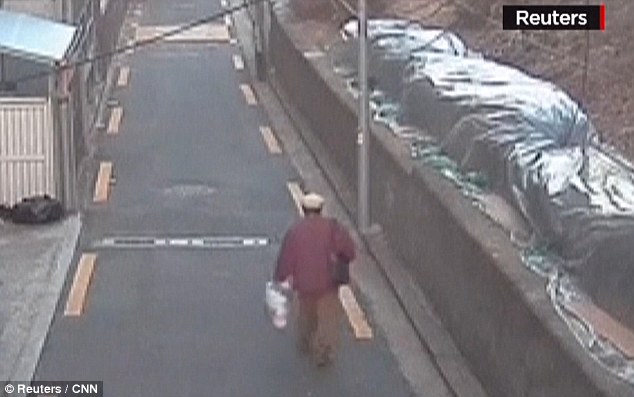 Caught: Earlier in the day, Kim was caught on CCTV heading to the event where he attacked the U.S.