VIDEO: Hilarious! Joe Biden has outdone himself, regaling a crowd with how he faced off against the notorious gangbanger Corn Pop

Senility is a horrible thing, especially when you have been a lifelong liar and would rather tell a lie than tell the truth, even when the truth would do just as well.

Such is the ongoing comedy of Crazy Uncle Joe Biden. He doesn’t know where he is most of the time, and wherever he is, he makes up some fantastic story about the place and his incredible, life-changing experience there.

Regaling an audience of black locals at a Wilmington, Delaware public swimming pool, Vice-President Touchy Feely treated the crowd to a wild story that he claimed occurred in his youth when he was a lifeguard at that pool, and how he was one badass dude, and how the local thug leader, a gangsta by the name of Corn Pop threatened him to a fight in the parking lot. Uncle Joe obliged and because he was such a badass, gained Corn Pop’s respect and the two of them were pals from then on.

Enjoy Uncle Joe doing what he does best, lying his ass off….

This is BIZARRE!
Here's Joe Biden telling the story of his face-off with a gang of razor-wielding ne'er-do-wells led by a guy named 'Corn Pop.' pic.twitter.com/DddRtWgdza

Uncle Joe, the leading Democrat in the 2020 presidential sweepstakes, then made his way to Philadelphia, where he spoke to another crowd and shared the Corn Pop story again.

“You know what, folks, they say time flies the older you get. Well, by God, if that’s true, then I must be 500 years old because I was in Wilmington, North Carolina just fifteen minutes ago. And we were in a damned car, not some new wave jet or time warp machine like you see in the sci-fi movies. I’m talking from North Carolina to Philly in 15 minutes! We were burning I-95 up. Don’t laugh. It’s the truth. I didn’t come all this way to lie to you.

Anyway, down there in Carolina, I was telling the crowd about my run-in with one of the baddest gangbangers to ever live. His name was Corn Pop. He was the leader of a street gang called the Booty O’s. Bunch of bad dudes, and I ain’t kidding! Some say Corn Pop was a cereal killer.

Well, I was a lifeguard at this pool down in North Carolina where the Booty O’s hung out. It was in a black neighborhood and I was the only white lifeguard there. So, don’t you believe that crap about black people not being able to swim. They can swim fine. Everyone in the neighborhood had cereal names. They called me Cap’n Crunch. Sometimes they called me Triscuit because I’m a cracker.

Corn Pop was really trying my patience one day. He kept getting up on the high dive and mooning me. I finally got fed up and told him to get his ass out of the pool. He didn’t like that.

Back in that day, we didn’t settle our differences with knives and guns. In that neighborhood, we would have a milk-off. Whoever could drink the most milk won the argument. You know, it just goes with the whole cereal thing, right?

So, me and old Corn Pop had a milk-off. I was by myself and he had his posse with him, Sugar Smack, Apple Jack, and Frankenberry. Apple Jack played the trombone and had this crazy, razor-sharp horn on his head, like a unicorn. Weird bunch, them Booty O’s.

Anyway, I wound up drinking Corn Pop under the table. He passed out at seven gallons. Hell, I was just getting started. And, because I showed Corn Pop that I wasn’t afraid to tangle with him, we became good friends after that. In fact, we were homosexual lovers for a while, but that’s another story. Barack loves when I tell that story.

Now, folks, the reason I am here in Boston today is because I need your vote so we can turn this damned country around. 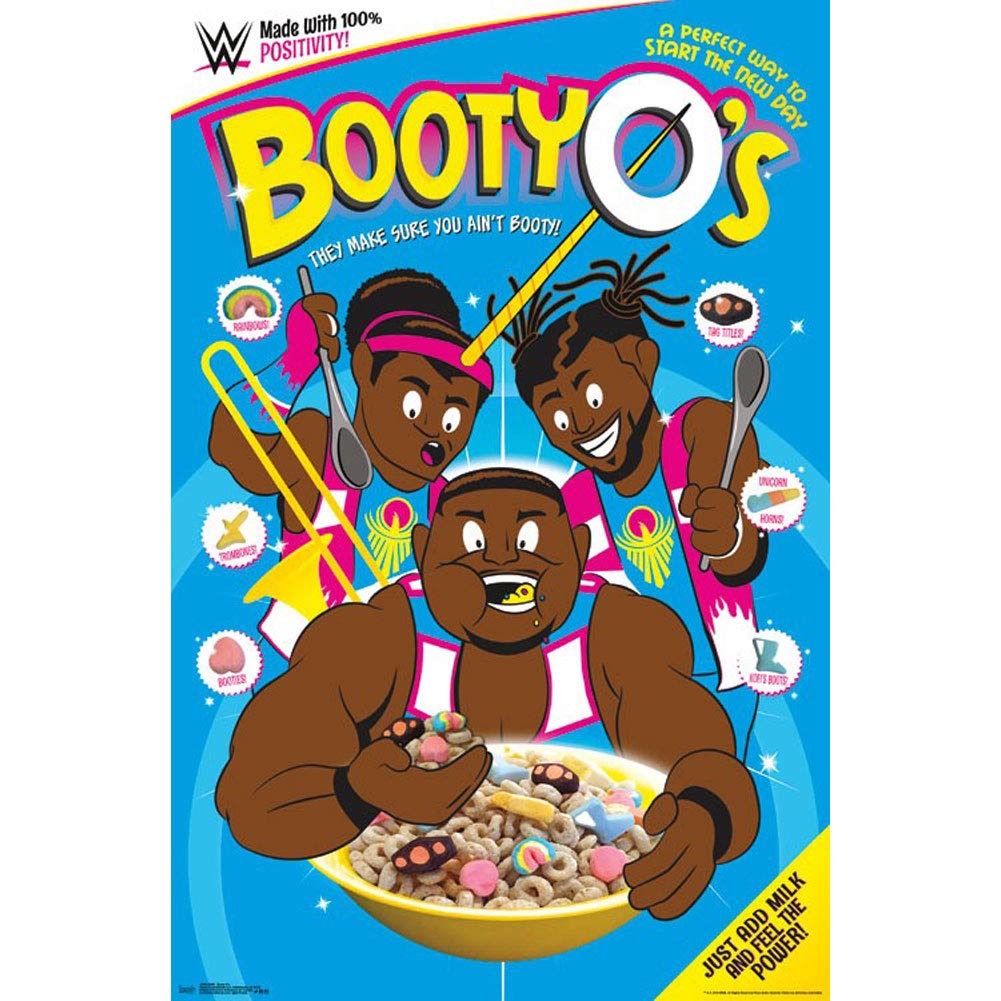