Challenging The One may not be the safest route to success in the Democrat Party. In fact, it is the surest route to political suicide in that cesspool of vindictive carnivores. Democrats are known to eat their young. You leave the Democrat plantation and you are finished. You DO NOT challenge or criticize fellow Democrats! Challenging the party leader, especially as a junior member, is unthinkable, and the political retribution is typically terminal.

No matter! Hawaii’s Tulsi Gabbard, a junior member of the House of Representatives, is a patriot. She marches to a different drum, with a military cadence. She doesn’t speak from a position of finger-in-the-trade-winds political posturing. She speaks from the heart, from personal experience, from a motive that is clearly and solely patriotic.

Her political career be damned, Gabbard is on a mission to do that which she was elected to do, that which is in the best interest of her country and the people of Hawaii, without consideration for her personal political benefit, as it should be. Tulsi’s bio and profile scream conservative. She is a member of the Democrat Party, no doubt, because she is smart and understands that if you want to be elected to public office in Hawaii then you run as a Democrat, a local kine sentiment with roots that go back to the deposition of Queen Liliuokalani by a group of Republican businessmen in 1893.

May God Bless Tulsi Gabbard! We need more patriots in Washington like her.

‘Knives are out’: Hawaii Dem faces backlash for taking on Obama over ‘Islamist’ extremism

Tulsi Gabbard on the uproar over Homeland Security warning

She was Hawaii’s golden girl after winning a seat in Congress with support from top liberal groups, but now that Democratic Rep. Tulsi Gabbard has been critical of President Obama, her political reputation in the bluest of blue states is taking a hit.

That isn’t stopping the twice-deployed 33-year-old Army veteran from continuing to challenge the president, her home state’s favorite son, over his refusal to identify terror groups like the Islamic State as driven by “radical Islam.”

“Every soldier knows this simple fact: If you don’t know your enemy, you will not be able to defeat him,” Gabbard told FoxNews.com. “Our leaders must clearly identify the enemy as Islamist extremists, understand the ideology that is motivating them and attracting new recruits, and focus on defeating that enemy both militarily and ideologically.”

Gabbard has been hitting this message for weeks now, putting her at odds with many in her party who toe the line that the Islamic State should not be associated with Islam.

“Every soldier knows this simple fact: If you don’t know your enemy, you will not be able to defeat him.”- Rep. Tulsi Gabbard, D-Hawaii

Gabbard called “mind-boggling” Obama’s refusal to associate ISIS with the Muslim religion, even though the terrorist army is emphatic it is enforcing a strict interpretation of Islam.

“[Obama] is completely missing the point of this radical Islamic ideology that’s fueling these people,” she said. 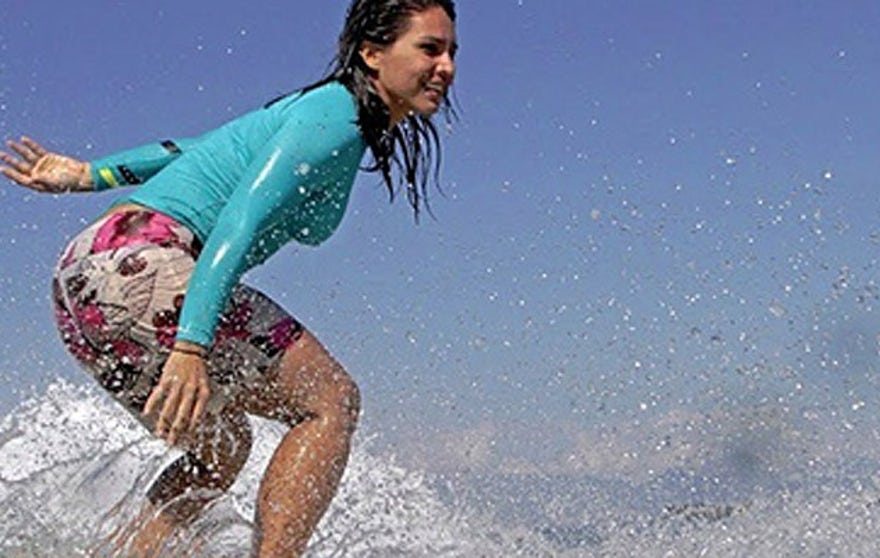 Her comments have stunned political experts in her home state.

“It is very, very unusual for a junior member in the president’s own party to criticize him,” said Colin Moore, assistant professor at the University of Hawaii Department of Political Science. “Especially for someone considered a rising star in the party. This is a serious gamble for her.”

Michael W. Perry, of Hawaii’s most popular KSSK Radio’s “Perry & Price Show,” said that “while Gabbard is correct in her ’emperor has no clothes’ moment, she may have lost her future seat on Hawaii’s political bench.” He said she’s committed “a mortal sin” by challenging Obama, and “now the knives are out.”

For now, she’s taking her hits in the media.

The editorial board of the online political news journal Civil Beat, owned by eBay Founder Pierre Omiydar, said “the bright-red Right” is promoting her criticism but she is not “presenting serious policy arguments.”

“One wonders where Gabbard is going with this. Sure, the Iraq war veteran and rising political star is achieving national prominence in a high-profile discussion. But at what cost?” the editorial board wrote, saying her comments could be dismissed “as pandering from a young pol with lofty ambitions.”

Bob Jones, columnist for the Oahu-based Midweek, wrote a scathing piece suggesting Gabbard should be challenged in 2016. “I take serious issue when somebody who’s done a little non-fighting time in Iraq, and is not a Middle East or Islamic scholar, claims to know better than our President and Secretary of State how to fathom the motivations of terrorists, or how to refer to them beyond the term that best describes them — terrorists,” Jones said.

Gabbard acknowledges the political risks. “I’m not naïve,” Gabbard said. “It could hurt me politically, but I don’t worry about it because that’s not what I care about. … Our national security and the future of our country is infinitely more important than partisan politics or my personal political future.”

Retired U.S. Army Lt. Gen. Michael Flynn, who directed the Defense Intelligence Agency, said this should not be a political issue. “[Gabbard] has taken a very courageous stand in a party that just refuses to face reality,” he said. 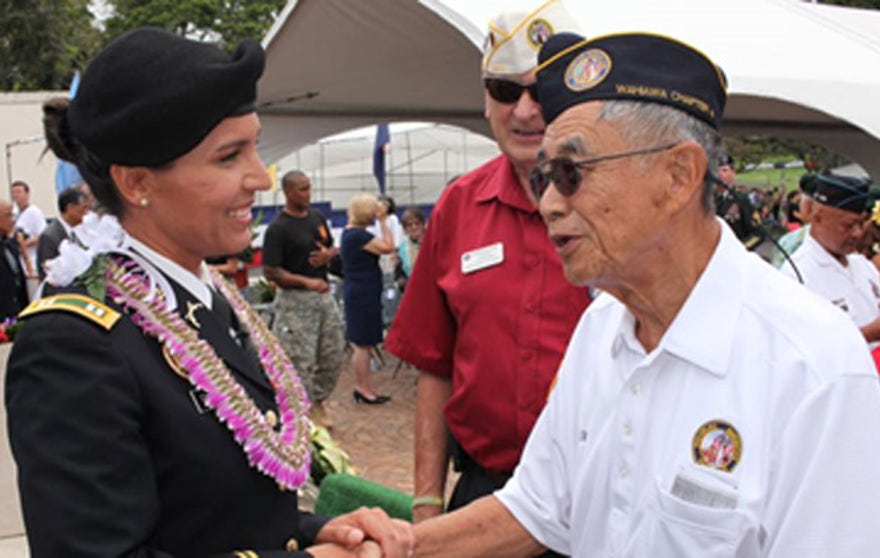 While Gabbard has many detractors, she has a growing number of supporters, including a former Hawaii GOP congressional candidate who spent seven years in a POW camp in Vietnam.

“It is encouraging to see a bright young woman like Congresswoman Gabbard in politics in Hawaii, speaking up the way she is doing,” said retired Lt. Col. Orson Swindle, who was awarded 20 military decorations for valor in combat including two silver stars and two purple hearts.

Born in American Samoa as one of five children, Gabbard moved to Hawaii as a toddler. Her parents, strict social conservatives, were elected to public office in Hawaii — her father, Mike Gabbard, to the state Senate, and her mother, Carol Gabbard, to the statewide Board of Education.