VIDEO: Unbelievable! Tulsa cop shoots a man already subdued. It’s the treatment he received while he was dying that will make you sick

Eric Harris, pictured above, was shot and killed by police while lying subdued on the ground. Although the shooting by 73-year old reserve deputy Robert Bates, pictured below, was accidental, the treatment Harris received, and did not receive, by on site law enforcement after he was shot is beyond sickening, as evidenced in the video, below.

After having been shot Harris can be heard to say clearly: “He shot me! He shot me, man. Oh, my god. I’m losing my breath,” to which a scumbag with a badge, who has his knee on Harris’ head responds as Harris lay dying, “F–k your breath! Shut the f–k up!”

A 73-year old deputy?! Are you serious? And apparently too senile or too stupid to tell his tazer from his service weapon? Is Tulsa so desperate for law enforcement officers that they are concentrating their recruitment efforts on area nursing homes?

So, what is the Tulsa Sheriff’s Department doing to address this tragedy? Nothing. According to the New York Daily News:

Sheriff’s Capt. Billy McKelvey claims the arresting officers were not aware Harris had been shot, despite the gunshot noise and Bates’ admission. They called paramedics and firefighters, and rendered aid when they realized, McKelvey said.

“He made an inadvertent mistake,” McKelvey said.

Sgt. Dave Walker told the Tulsa World that police “would not investigate the death unless the sheriff’s office asked them to, and they have not asked us to.”

Finally, here is a legitimate case that Eric Holder should be all over. How long before Sharpton shows up? I’m thinking less than twelve hours. 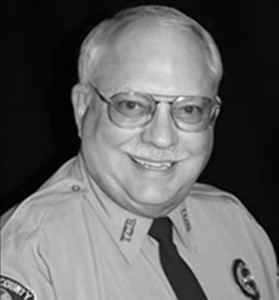 From Jay Syrmopoulos, The Free Thought Project
Tulsa, Okla. – The final tragic moments of Eric Harris’s life were caught on video, as well as the sociopathic nature of law enforcement. Harris was accidently shot by a reserve deputy, apparently meaning to taser him, while on the ground being subdued by other officers.

Harris can be seen on the video running from police as the officer with the body cam gives chase, catching and taking Harris to the ground. Once on the ground the officer can be heard telling Harris, “Roll on your stomach now.”

Reserve officer Robert Bates, 73, can then be heard yelling “Tazer! Tazer!” as if to inform the other officer that he was about to use his stun gun on Harris, when suddenly a gunshot rings out.

“I shot him!” the stunned reserve officer says, as he drops his gun onto the ground. “I’m sorry.”

Tragically the next moments reveal the callous nature of law enforcement as the Harris is manhandled on the ground by the cops, after being shot, with an officer pressing his face into the ground with his knee.

An irate officer can then be seen screaming in the face of the bleeding gunshot victim yelling, “You ran! You f—kin ran! Shut the f— up!” as if running was some type of rational explanation for shooting him.

Subsequently, Harris can be heard screaming,

To which an officer gives a response that can only be described as sociopathic, telling the dying Harris,

Harris had been attempting to evade officers that were attempting to arrest him for selling a 9mm and ammunition to undercover cops, according to the NY Daily News.

Showing law enforcements clear disconnect with reality, Tulsa Police Sgt. Jim Clark told reporters at a news conference on Friday that Harris, “absolutely was a threat when going down,” which the video clearly shows wasn’t the case.

While this shooting may have been an accident, the standard police response of fabricating a story about the individual being shot due to posing a threat to officers is not.

The standard way in which police do this is on clear display in the case of Walter Scott, as officers, prior to video evidence surfacing, had painted him as a threat to officer safety that needed to be shot to protect the officer’s life. Sound familiar??

Harris was unarmed and died on April 2, about an hour after being shot.

As if the ineptitude of the officers in the case wasn’t enough, Tulsa County Sheriff’s Capt. Billy McKelvey claimed the arresting officers were not aware Harris had been shot, despite the gunshot noise and Bates’ admission as seen on the video.

If you are sick an tired of seeing this happen, while continually no one is held responsible, then help us to wake up more people by sharing this tragic story with others!