Trump proven right again! Illegal immigrant, who crossed the Texas border in January, has been charged with triple homicide in Florida

Photo, above: Brian Omar Hyde, who is from Belize but is thought to have come to the U.S. after illegally crossing the Texas border in January, has been charged with triple homicide in Florida

A teenage illegal immigrant has been charged with stabbing his 37-year-old aunt, her pregnant daughter, 17, and the daughter’s boyfriend, 19, to death in a frenzied attack.

Brian Omar Hyde, 19, who is from Belize but has been living in Florida for seven months, is alleged to have attacked his cousin, Starlett Pitts and her boyfriend Michael Kelly Jr at their home on Tuesday.

Cops say Hyde’s aunt, 37-year-old Dorla Pitts, then arrived back to her house in Lehigh Acres, Florida, while talking on the phone to her husband, before also being killed.

According to police, Dorla’s husband heard her shout ‘Brian! What happened here? What happened? down the line before the phone signal went dead.

An 18-month-old baby, believed to be Starlett Pitts’ eldest daughter, was taken from the house alive, with police describing the scene as ‘unimaginable’ and ‘extremely violent’.

Officers from Lee County Sheriff’s Office said all the victims were killed by ‘repeated sharp force trauma to the head and neck’.

According to NBC 2, there was also evidence that all of the victims had tried to defend themselves.

After the alleged killings Hyde is believed to have fled the scene, before being arrested a short time later driving a stolen Range Rover on the wrong side of the road.

Police pulled him over and said when he got out of the car they noticed his pants and shoes were covered in blood.

A check on the car showed it was registered to the crime scene, and Hyde also had two sets of keys from the house in his possession. 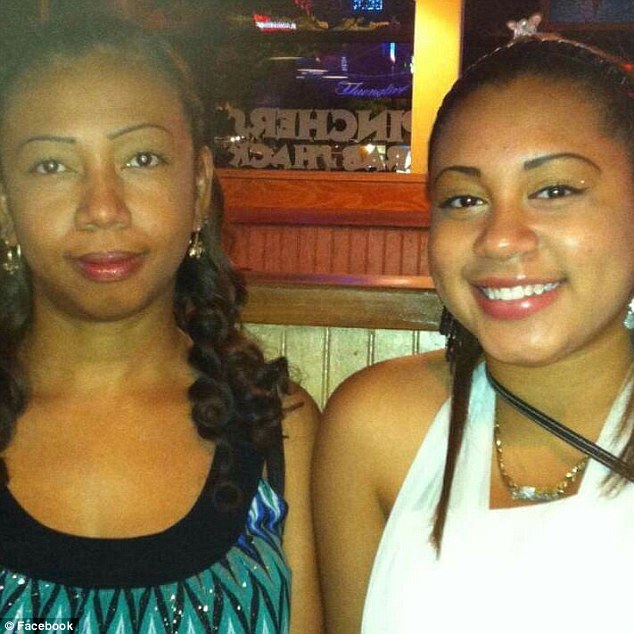 Dorla Pitts, 37 (left), and her daughter Starlett, 17 (right), died from ‘repeated sharp force trauma to the head and neck’ after Hyde allegedly attacked them on Tuesday 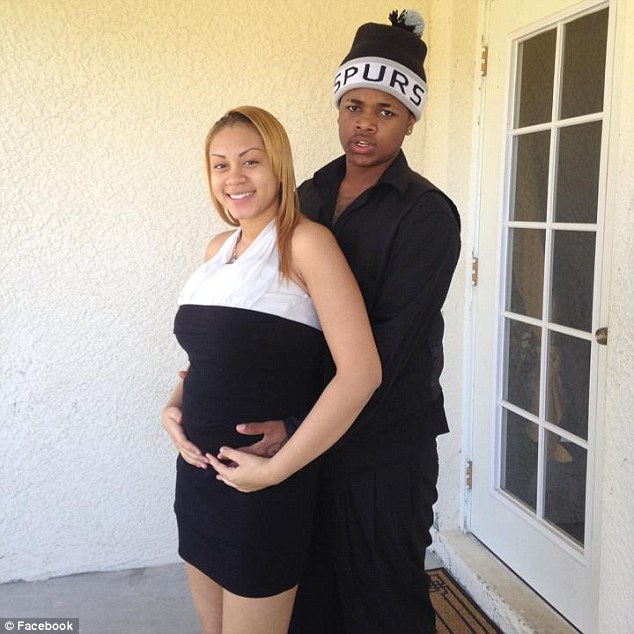 Police described the crime scene, in Lehigh Acres, Florida, as ‘unimaginable’ and ‘extremely violent’ (pictured, Starlett and boyfriend Michael during her first pregnancy)

Hyde has now been charged with three counts of second degree murder and one count of killing an unborn child by injury to the mother.

According to a medical examiner, Starlett Pitts was six months pregnant when she was killed.

Sherri Flemming, Michael Kelly’s mother, told reporters that Hyde had been living with his aunt and cousin in the months leading up to their deaths after he came to the U.S. illegally and they decided to take him in.

She told NBC 2 that Hyde had made her feel ‘uncomfortable’ when she first met him, but she accepted him because he was related to the family.

Detectives say Hyde came to the U.S. in January across the Texas border after being named in connection with the robbery of a cell phone store in his home country.

Hyde, who is from Belize but is thought to have come to the U.S. after illegally crossing the Texas border in January, had been living with his relatives before allegedly attacking them, according to a family friend

According to reports in Belize, Hyde is from a known criminal family, and was arrested in November last year for assaulting a police officer, a charge he later disputed.

Other reports show Hyde and two other men were suspects in a double murder from October 2013, but Hyde was only charged with handling stolen goods.

Hyde’s uncle, Russell, was considered a suspect in the brutal murders of two men back in May who were found decapitated and dismembered, though he was never charged.