Donald Trump is right again! This time, on China. They are eating our lunch! Our breakfast, dinner, and midnight snack, too!

From the Powdered Wig archives. I wrote this article two years ago on the grievous trade disparity between the United States and China, which greatly favors China. We, as a nation, are transferring our wealth to the Chinese, a thankless socialist nation that has destroyed our manufacturing base, negatively affecting our GDP and collective prosperity.

Time To Stop Being Stupid!

This is nuts! Here’s what we should be doing about our debt to China:

“Hello, Red. This is Uncle Sam. We’ve been thinking and we are tired of giving you a free trade ride. So, we have decided that we are going to impose an import tariff, effective tomorrow morning, of 100%. No, please don’t cry. I hate that! We just have to do it. We are losing our red, white, and blue asses over here and we are borrowing money from you that you made off of us. You have to admit, that’s stupid! Of course, if you were to forgive the debt that you really made off of us, then we could delay the tariff for, oh, say $100 billion a year. So, let’s see now, we owe you $1.2 trillion, so that’s 12 years of free trade until we impose the tariff. Deal?”

They have to do it or crush their own economy. The most valuable thing on earth is the American consumer market, and we have been giving it away for FREE! Time to stop being STUPID!

OK, so I’m pining for the good old days. You know, when the future looked bright and opportunity was around every corner. When hard work meant prosperity. When Americans enjoyed the comfort of knowing that their childrens’ futures would be be even more prosperous than their own. When the American Dream wasn’t dead.

Here is the premise of my theory – THE MOST VALUABLE THING ON EARTH IS THE AMERICAN CONSUMER MARKET! We are pissing it away, even destroying it, by not using it to our advantage. We owe the Chinese, the Japanese, and others, trillions of dollars which we have borrowed just to continue to feed the beast that is our federal government. If we continue on our present course we will never be able to pay this money back, and every day we borrow more. BILLIONS MORE! 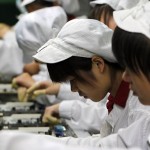 So how do we stop being stupid? It’s a simple two-step process.

Step One – immediately impose an import tariff of 100%. That means that the video game player that used to cost $400 now will cost $800, $400 of which will go directly to the national treasury, not to feed the beast, but to reduce our tax burden. China (and our other creditors) will hate this idea as it will immediately make American manufacturing competitive again. HOW HORRIBLE! The American economy will promptly respond with renewed vigor and strength, which will benefit every sector from jobs to GDP to our tax base. Under the current STUPID system we are transferring America’s wealth to the Chinese and Japanese, et al. The most valuable thing on Earth, the American consumer market, is not on life support yet, but it is certainly ill. At the current STUPID rate in 20 years America will be the China of the 1960s and China will be the America of the 1960s. Have I mentioned that that is STUPID?!

Again, THE MOST VALUABLE THING ON EARTH IS THE AMERICAN CONSUMER MARKET! Those foreigners who want access to it must pay. We simply cannot give away the most valuable thing on Earth for FREE! Back in the day the US government did not rely on taxes for its dinner. It relied on tariffs. So important were these tariffs that we actually fought a civil war over them. I know, I know, the Civil War was about slavery. No, it wasn’t! It was about tariffs. Slavery was Lincoln’s straw man, but that’s an article for another day.

Step Two – take immediate steps to reduce federal spending. No plan to resolve our debt issue, be it tariffs, default, or something else, will be of any benefit if we don’t address the source of the problem. We MUST reduce federal spending! I believe that we can shrink the size of government by at least 50% by abolishing many useless or redundant departments, agencies, administrations. Many others can be shrunk to less bureaucratic, overreaching levels. Mitt Romney had a plan to shrink the federal government by attrition, no more hiring, allowing federal workers to work until they retire, not being replaced. I believe our problem is more drastic than that, and drastic problems require drastic solutions. As can be seen by the following pie chart there are many candidate departments/agencies for cutting or abolishing altogether in the federal government. It simply should not be difficult.

Another part of Step Two is a constitutional amendment to cap federal spending at a percentage of GDP. The interest alone on our debt is over 6% of our budget (I know, what budget?), $248 billion a year, and growing. That is ridiculous! We are paying over $800 per year per American just to service our debt. It is unnecessary, criminal even. If we don’t pay attention to what is happening in Europe, as those countries approach bankruptcy, then we will surely follow.

We can fix this. We simply have to stop being STUPID!