The most wicked close air support aircraft to ever fly, the A-10 Warthog, terrifies ISIS, and is being considered for the scrap heap. Shameful!

As a former combat arms soldier I can attest to the amazing performance and effectiveness of the A-10 Thunderbolt, nicknamed the Warthog, my favorite airplane of all time (followed closely by the P-51 Mustang). It is armed to the teeth, extremely durable, wraps the pilot in a titanium tub for protection, and can fly home with half of its body parts shot off. Amazing bird!

the Warthog approaches quietly and watching it fly “low and slow” is like watching a bat fly, nimble, able to turn on a dime at 300 knots, braking, cutting, and accelerating in seemingly impossible ways.

There is not an infantryman in the United States Armed Forces who doesn’t want the A-10 to remain on the battlefield.

With a roaring engine, 30-mm. cannon and nose painted like a toothsome, snarling beast, the A-10 Thunderbolt sends ISIS fighters scattering like cockroaches on the Iraqi desert plains, but the legendary fighter plane pilots call the “Warthog” may be fighting for its own life.

The venerable plane, first built for destroying Soviet tanks, has been on the chopping block since the sequester of 2011 mandated steep cuts in the Pentagon budget. Although the planes haven’t been built in more than 30 years, the Defense Department believes it can save maintenance costs by phasing them out. Air Force brass believes newer, faster aircraft like the F-16, F-15E, and, eventually, Lockheed Martin’s F-35 fighter can do a better job of the Warthog’s mission of providing close air support to soldiers on the ground. But supporters say Islamic State fighters are finding out the hard way what they have said all along.

“The aircraft sparked panic in the ranks of ISIS after bombing its elements and flying in spaces close to the ground,” Iraqi News reported last week after a sortie took out several terrorists in ISIS-controlled territory near Mosul. “Elements of the terrorist organization targeted the aircraft with 4 Strela missiles, but that did not cause it any damage, prompting the remaining elements of the organization to leave the bodies of their dead and carry the wounded to escape …”

“The aircraft sparked panic in the ranks of ISIS after bombing its elements and flying in spaces close to the ground.”- Iraqi News

The plane is not as fast and lacks the graceful lines of other fighter jets. But the Warthog, as pilots call it due to the snout-like nose, is extremely low maintenance, flies low, can practically hover over a battlefield, land almost anywhere and packs a 20-foot-long, 2.5-ton, seven-barrel Gatling gun that can fire more than 1,100 rounds of 30-mm. bullets. And a titanium shell that wraps around the bottom of its cockpit makes it difficult to shoot down.

In Iraq, the A-10 has flown 11 percent of the sorties against ISIS, Air Force Secretary Deborah Lee James said on Jan. 15. But that figure is deceptive, because the A-10 was not deployed until mid-November, some three months after strikes against ISIS began. 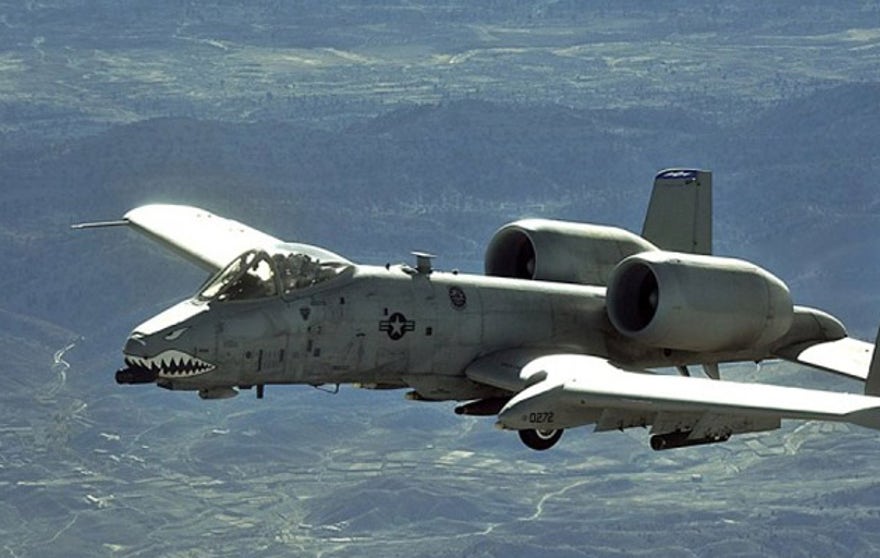 The A-10 flies low, needs little maintenance, an scares the heck out of ISIS, according to a recent report. (USAF)

The Air Force has been itching to junk the plane for years, with some speculating that top brass believes the A-10 bucks the embraced strategy of high-altitude strategic bombing.  The Pentagon believes it can save $4.2 billion in operation and maintenance costs over five years by retiring all 283 of the Air Force’s A-10s, the last of which rolled off Fairchild Republic’s assembly line in 1984.

The plane has survived year-to-year, with powerful lawmakers such as new Senate Armed Services Committee Chairman John McCain, R-Ariz., fighting to keep it alive. Loyalists have even established a Facebook page, dubbed “Save the A-10.” Now, it is likely the A-10, spared retirement in fiscal 2015, will gain more support with McCain’s ascent and its battlefield success in Iraq. 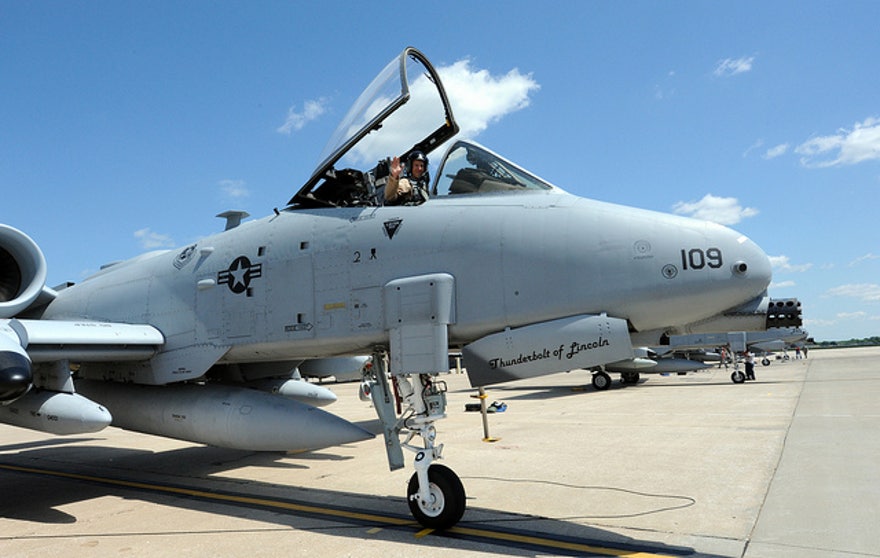 Supporters have established a Facebook page dedicated to keeping the A-10 off the chopping block. (USAF)

“The A-10 is once again displaying its incredible utility and value against the Islamic State,” a Senate Armed Services Committee aide told FoxNews.com. “The Air Force’s employment of the A-10 in ongoing operations not only underscores the operational effectiveness of this remarkable weapons system, but also of the necessity to maintain sufficient fighter force capacity at appropriate readiness levels to respond around the world on short notice.”

And McCain has wing support from fellow Republican Sen. Kelly Ayotte, N.H. She also serves on the powerful committee and her husband flew the A-10 on combat missions in Iraq.

“I’m in for this fight,” Ayotte said recently when asked about keeping the Warthog alive.