You may have noticed that the typically inciteful racist, Al Sharpton, has behaved quite well in Charleston. This is why

Little Al Sharpton learned a valuable lesson when he went to Charleston in April to do what he does best, incite a race riot over the death of a black man, Walter Scott, at the hands of a white cop, North Charleston police officer Michael Slager. The family of Walter Scott made it clear, in no uncertain terms, that Sharpton was not wanted nor was he invited to bring his traveling race circus to Charleston. Walter’s parents banned Sharpton from their son’s funeral.

Now, as we watch the civil and commendably respectful proceedings in Charleston unfold surrounding the senseless and tragic massacre of nine black churchgoers at the hands of an unquestionably sick white racist, Sharpton has no choice but to behave. His usual race-hustling antics are not appreciated in the solidly integrated community of Charleston, and he knows it. He has no audience to incite in Charleston. This ain’t Ferguson or Baltimore!

God Bless the fine people of Charleston. May God provide a special healing for your community, and thank you so much for your civility and common sense, and showing the world how such a tragedy should be responded to, as blacks and whites in your beautiful city mourn and worship together. 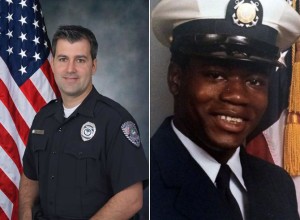 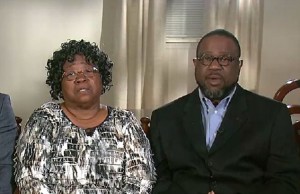 Left to right, Officer Michael Slager, Walter Scott, and Walter’s parents. Slager is in the Charleston jail, awaiting trial for murder in the death of Walter Scott. Ironically, or coincidentally, Slager’s cell is next the cell of Dyllan Roof, also charged with murder in the massacre of nine parishioners at Charleston’s Emanuel A.M.E. Church Wednesday night.

That was the message from the family of South Carolina police shooting victim Walter Scott to the civil rights activist Thursday two days before the funeral for the slain father of four.

“We don’t want another Ferguson type of circus here,” a source close to the Scott family told The Daily News.”