The Kaepernick hangover! Check out pics of San Francisco 49er’s stadium during their game against the Rams Thursday night. Sad!

THIS is what happens when patriots stay away from NFL games because of the antics of hemorrhoids like Colin Kaepernick.

Oh, sure, the team and the league are busy making excuses for the massive non-attendance, but there is no question that the childish and racist behavior of Kaepernick had a great deal to do with disgusted fans staying away from the stadium, even fans who had already paid for tickets.

Of over 63,000 tickets sold for the game (so they say), I doubt that 20,000 showed up. The first photo, below, was shot a few minutes before kickoff. To get a true idea of how sparse that crowd is, click on the image which will take you to the tweet. Then click on it again to enlarge.

I think the NFL and team owners should check the political demographics of their fan base. Liberal weenies do not attend football games. Why appease them? They like wine and cheese, women’s basketball and soccer. Patriots love football, mostly high school and college football because crybaby millionaires disgust them, but even the NFL is skewed well right of center, as evidenced in the graphic from Scarborough Research at the bottom of the page. Patriots also love their country, and seeing a douchenozzle like Colin Kaepernick disrespect them and the flag they love is not conducive to your bottom line.

Crappy start time, winless team, weak opponent, yada, yada. Lots of excuses being made by the head-scratching execs who can’t seem to connect the dots between Colin Kaepernick and empty seats.

Oh, well, it was nice knowing you. We will always have the memories.

Go, Dukes! (my alma mater is the reigning national football champion at the Division I FCS level and on a tear already this season). College football is REAL football. If the NFL dried up and blew away tomorrow, I wouldn’t even notice, but the crybaby millionaires would.

From my vantage point 3 minutes to go 2ND quarter. #49ers vs #Rams pic.twitter.com/pYbJPFNV6q 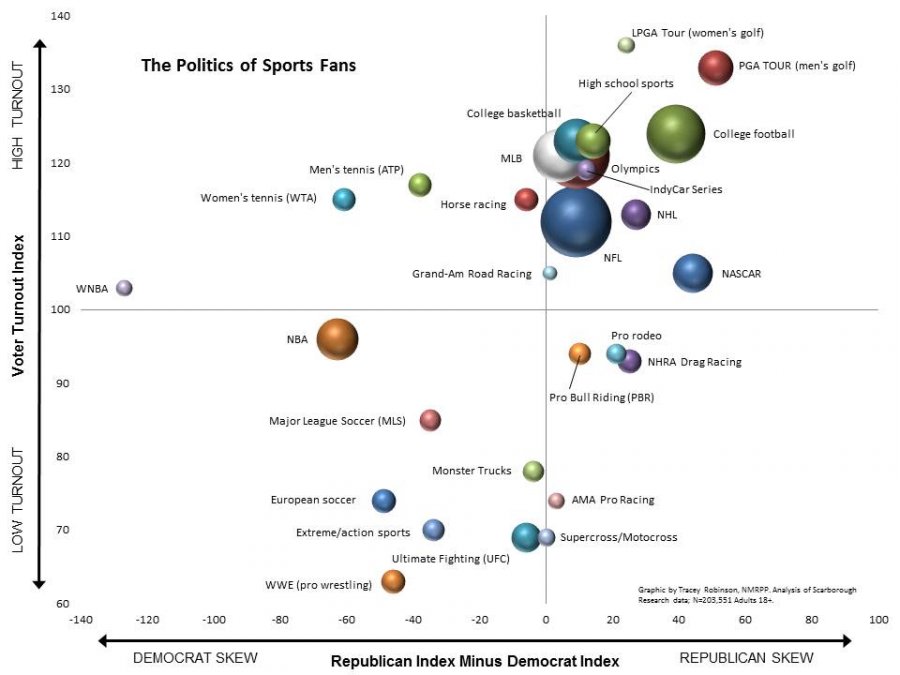