If a picture paints a thousand words, this photo paints a million. A truly sickening sign of the times in which we live

In the contemporary world of mass fear, knee-jerk reaction, and political correctness on steroids, airport scenes such as this are not uncommon. Repugnant, but not uncommon. 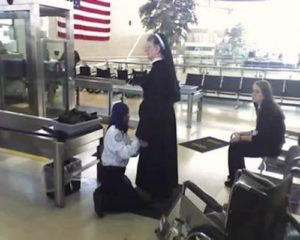