The Donald is leading Cruz in South Carolina by 17 points in the latest RCP poll. South Carolina’s Republicans vote in the primary in one week. It is a winner-take-all state that will give Trump 50 delegates (presuming he wins, and he will), the beginning of the end for the rest of the field.

If you are a political junkie like me you will love this link…. 270 To Win. It breaks down all of the states by primary date, number of delegates, and latest polling data. Very cool! Donald Trump is dominating nearly everywhere that has recent polling data. Ben Carson appears to be the second strongest candidate in the field, according to the polling data. Cruz and Rubio round out the Top Four. After March 1, the others will be a distant memory. 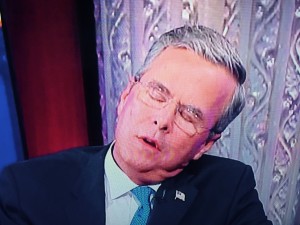 Trump, who doubled his nearest rival in Tuesday’s vote, attracts 44 percent of the vote among self-identified Republicans and Republican-leaning independents, the highest level of support he has achieved in a Morning Consult survey.

Trump’s support comes disproportionally from independent voters (47 percent), those who characterize themselves as something other than conservative (47 percent) and those without a college education (49 percent). Nearly half of voters who say their top priority is national security choose Trump as well.

Cruz draws most heavily from conservatives, and from evangelicals. Rubio does best among Republican voters who make more than $100,000 a year; 18 percent of those voters back the Florida Republican.

More than six in 10 Republicans have favorable views of Trump (67 percent), Rubio (62 percent) and Cruz (61 percent), the poll found. Trump’s favorable ratings are largely static, while Republican voters have registered increasingly optimistic impressions of both Rubio and Cruz in recent weeks.