Ready for another heaping dose of white guilt? Al Sharpton is demanding all Confederate references be removed from military bases

Was there any question that the Pandora’s box that Nikki Haley opened was going to be a never-ending grievancefest from the likes of race-baiting scumbag Al Sharpton? No! There was never a question, not from anyone with more than two functioning brain cells and a healthy historical perspective.

Now that the the stars and bars has become ensign non grata, and is being banned by every running scared establishment of political correctness from Apple and Wal Mart to Wong’s Bicycle Repair Shop/Chinese Laundry, the usual suspects are crawling out of the woodwork and are in full whine mode. Sharpton, Hillary, et al, are busy strutting from microphone to microphone, fuming with righteous indignation, blasting the cherished southern icon, and they won’t be satisfied until they have wrung every single vote and every single dollar they can from their cowardly attacks on a defenseless bit of fabric.

When will we learn? The more you give them, the more they demand. When will they be happy? When all white people commit mass suicide on national television. That’s when! 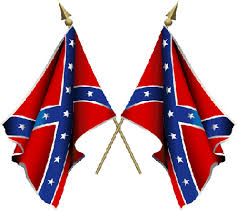 If Al Sharpton and his National Action Network have their way, the military will remove all references to the Confederacy from its bases and rename posts that honor Confederate leaders. On Thursday, Kirsten John Foy, the northeast regional director for Sharpton’s group, held a press conference in front of Fort Hamilton in Brooklyn, New York, saying it’s “unacceptable” that the base’s main street is named “General Lee Avenue.”

Lee, the Business Insider said, “served at Fort Hamilton in the 19th century before he left the US Army.” Lee served as the post engineer from 1841 – 1846 and was responsible for turning the fort into a “substantial emplacement.” The street named after him is about a half-mile long.

But Foy apparently isn’t concerned with Lee’s history at the fort, and wants the military to erase any mention of the Confederacy. What Foy clearly fails to understand is that many of the Confederacy’s military leaders came from the U.S. and served with distinction.

“We will be presenting an official letter to the commander of this base and then sending it up the chain asking that they remove all the remnants of the Confederacy,” he said. “Taxpayer dollars are supporting a US military that honors the Confederacy.”

Foy isn’t the only one to demand the military engage in what some now see as a “Stalinist” purge of U.S. history. Rep. Hakeem Jeffries, a Democrat who represents a congressional district adjacent to the base, also wants the street renamed.

“There is no good reason for a street to be named after an individual who led the Confederate Army in the fight to keep slavery and racial subjugation alive in America,” he said. “It is my hope that we will do the right thing and find an appropriate local hero for whom the street can be renamed.”

Ten Army bases are named after Confederate officers, including Fort Bragg, Fort Benning, Fort Gordon and Fort A.P. Hill. The Army has said it has no plans to rename any of the facilities.

“Every Army installation is named for a soldier who holds a place in our military history,” said spokesman Brigadier General Malcolm Frost. “Accordingly, these historic names represent individuals, not causes or ideologies. It should be noted that the naming occurred in the spirit of reconciliation, not division.”

But it seems that reconciliation is the last thing Sharpton and others want. As we reported earlier Thursday, Nation of Islam leader Louis Farrakhan called for theAmerican flag to be pulled down, while others have advocated a race war. According to the Business Insider, Sharpton intends to hold a “vigil” at the base on Saturday.