THIS is how f*cked up the world has become. Canadian baby is the world’s first to be designated genderless. It gets worse

They get my vote for “Most Screwed-up Person On Earth.”

Confused yet? This story involves an individual who refers to itself as “they” because they declare no gender, and who has recently become a parent and is fighting to have their baby, also referred to as “they,” designated as genderless on its Canadian health card. I hope that makes things clearer.

I am presuming baby Searyl was adopted. Their parents look like a man to me.

This is as politically correct as you can get. These poor kid will grow up not having a clue who they are or which way they are supposed to swing, if you will. Also presuming they were born with identifiable genitalia, it strikes me as odd that the docs would not declare a gender for them.

As reported by Daily Mail, an eight-month-old Canadian baby’s health card may be the world’s first to be marked with gender ‘unknown’.

Kori Doty, who doesn’t identify as either male or female and prefers to use the pronoun they, wants to keep baby Searyl Atli’s gender off all official records, according to the CBC.

Doty said that they are ‘raising Searyl in such a way that until they have the sense of self and command of vocabulary to tell me who they are’. 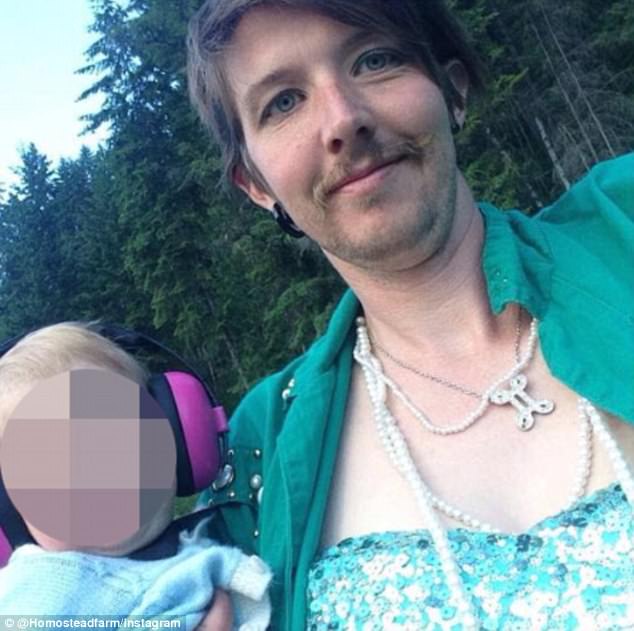 Eight-month-old Searyl Atli’s health card has become the first marked with a ‘U’ which stands for gender ‘unknown’. Searyl’s parent, Kori Doty (pictured), who doesn’t identify as either male or female, says the health card is one step of progression 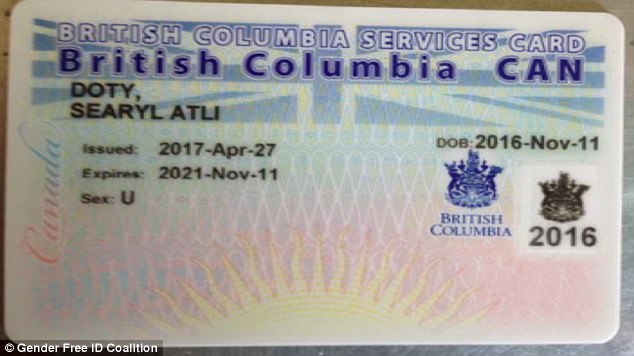 Doty, who prefers to use the pronoun they, has been fighting for the British Columbia government to keep baby Searyl’s gender off all official records, inlcuding their birth certificate. Last month, Doty reeived Searyl’s health card in the mail with the gender marker ‘U’

‘I’m recognizing them as a baby and trying to give them all the love and support to be the most whole person that they can be outside of the restrictions that come with the boy box and the girl box,’ Doty told the news site.

But the fight isn’t over.

Doty, who is a non-binary trans parent, has been trying to get British Columbia to issue Searyl a birth certificate without a gender marker since the child was born last November.

But the province has so far refused, despite sending Doty the child’s health card with a ‘U’ for gender on it last month.

The ‘U’ is presumed to mean ‘undertermined’ or ‘unassigned’, according to CBC.

According to Doty’s lawyer, the province’s birth certificates only accommodate a male or female gender designation at the moment.

However, there are some provinces like Ontario that are reviewing their policies to include a third, non-binary gender option on official documents.

But the concern with the third option is that those who use it could be singled out. They could become targets of discrimination and hate crimes, according to Doty.

There are some provinces like Ontario that are reviewing their policies to include a third, non-binary gender option on documents. But the concern with that option is those who use it could be singled out and become targets of discrimination and hate crimes, Doty said. 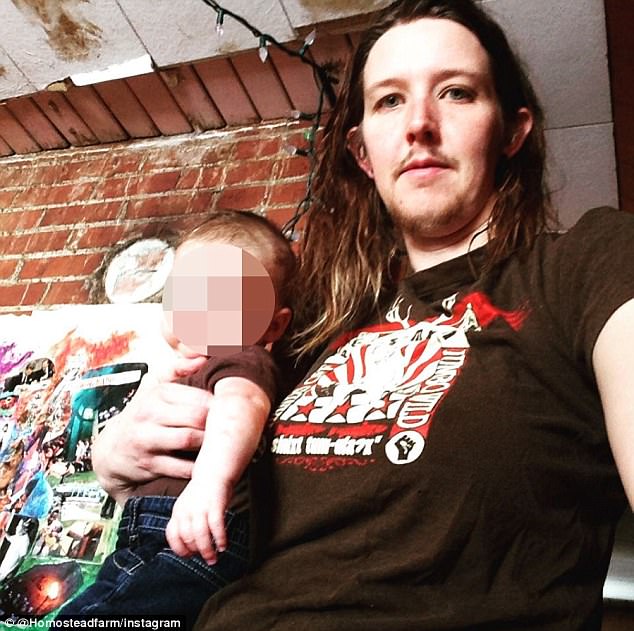 Doty and the British Columbia Human Rights Tribunal have argued that the omission of the gender should apply to all government documents for everyone in BC and Canada.

According to Doty, feeling contrary to the gender one is assigned at birth and having to then change government documents later in life, is often a difficult process.

Doty and the human rights group argue that omitting any form of gender identification on government documents would reduce that stress, according to CBC.

‘When I was born, doctors looked at my genitals and made assumptions about who I would be, and those assignments followed me and followed my identification throughout my life,’ Doty said.

‘Those assumptions were incorrect, and I ended up having to do a lot of adjustments since then.’