Brain-dead and tone-deaf Democrats Chuck Schumer and Nancy Pelosi call a border wall “immoral.” What is immoral is the fact that border protection and national security are even being debated. But, don’t take my word for it. I could write a book a foot thick on the horrors and damage of illegal immigration and it would pale in comparison to this legal immigrant mom’s 3-minute message.

Sabine Durden emigrated from Germany to America in 1992 with her 10-year-old son, Dominic, who was her only child and only family in the US. Dominic, a police dispatcher, was killed by an illegal immigrant felon in 2012. Now, his forever-grieving mother is left with only his ashes.

Sabine, whose grief, in her darkest moments, convinced her that suicide was the only answer, is now inspired and motivated by President Trump’s promise to end illegal immigration by building a border wall and increasing border security.

Fighting for her son’s memory and the comfort of knowing she is helping others to never experience the horror she has known has turned Sabine into the most powerful messenger I have heard on this controversial subject, which should not be now, nor ever should have been, in the least bit controversial. How can preventing the unimaginable sorrow that Sabine Durden lives with daily be controversial?

I’ll tell you how – Democrats do not care about the American people. They care only about their own power, and agreeing to a border wall will, in their eyes, mean a win for President Trump, and they cannot allow it, lest they should lose a bit of power themselves. Thus, We the People be damned! Democrat power is what matters.

Sabine Durden: “I didn’t drag him (her son) over borders, through deserts. I didn’t place him in harm’s way. I protected my child from harm. But, I couldn’t do that on July 12, 2012. He was 30-years-old. I couldn’t protect him because an illegal alien from Guatemala with two felonies, one deportation, two DUIs, he was protected – Riverside, California, sanctuary. The judge, the DA, they knew who he was. They gave him probation after his second DUI. Five weeks later he killed my child.”

Would Nancy, Chuck and their friends in the media have the courage to look an angel mom in the eyes and lecture them about a wall being “immoral”?

Democrats need to stop putting politics ahead of the safety of American citizens. #BuildTheWall

They (liberal Democrats) understand. They simply don't care about you or me or the American people. They care only about their own power. And, perceiving the border wall as a Trump win, they can't allow it to happen, the safety and security of We the People be damned!

My heart breaks for you. Pray that Fighting for a righteous cause eases some of the pain

Thank you so very much 🤗💚

Thank you so kindly

Thank you so very much

Thanks Rusty 🤗💚. I won’t hold my breath 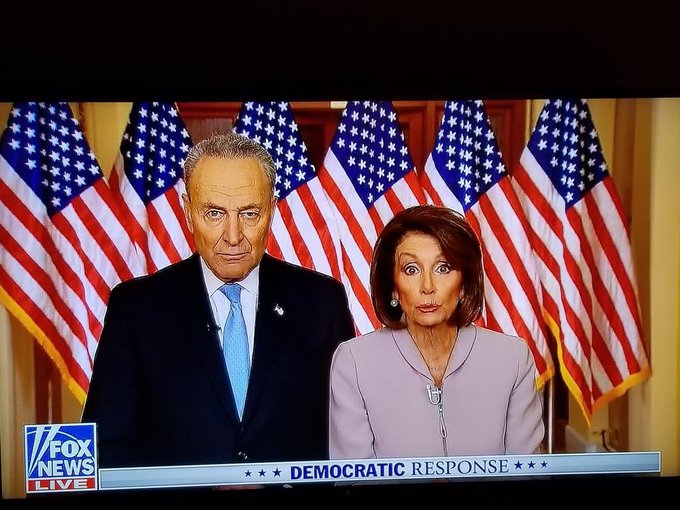