Drunk driver who killed NFL player on Super Bowl Sunday was an illegal immigrant, deported twice, no license, left the scene before capture

Photo, above: Illegal immigrant Manuel Orrego-Savala, driving drunk and without a license, hit and killed two people on I-70 in Indianapolis Sunday. Then left the scene when he could have rendered assistance that may very well have saved at least one life

Orrego-Savala was living under an assumed name and had been deported twice from the United States, only to re-enter illegally both times.

One of Orrego-Savala’s victims was a professional football player for the Indianapolis Colts, Edwin Jackson, whose promising future was cut short on Super Bowl Sunday due to the “resistance” of liberal Democrats for a tough, common-sense immigration policy. Blame can be placed squarely upon the shoulders of liberal Democrats.

How many more tragic incidents like this must occur before liberals get the picture? Judging by some of the insane responses to Congressman Todd Rokita’s tweet, below, many! 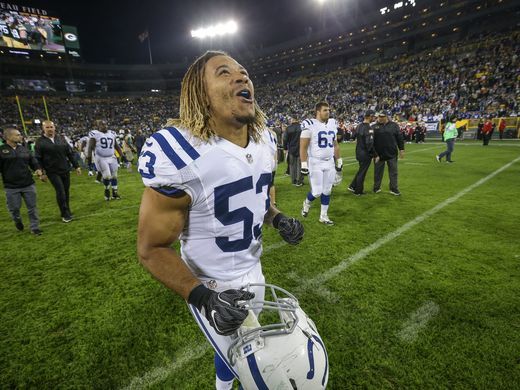 Edwin Jackson, whose life was cut short by an illegal immigrant on Super Bowl Sunday 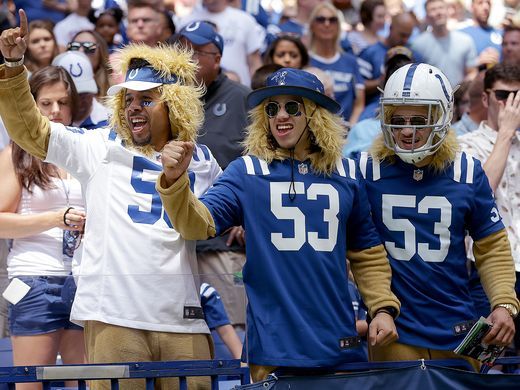 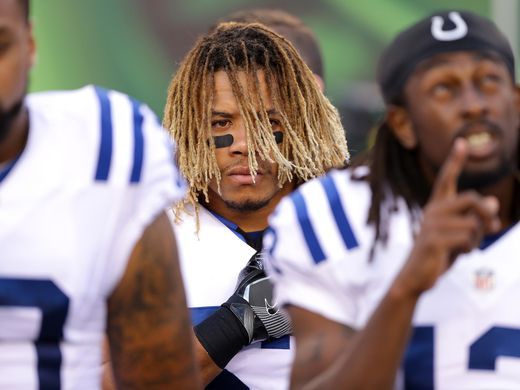 Jackson, properly respecting the American flag during the national anthem

From The Indy Star

Police have confirmed that the driver who is held in the death of Indianapolis Colts linebacker Edwin Jackson and Uber driver Jeffrey Monroe was an undocumented immigrant who used a fake name and has been deported twice in the past.

Indiana State Police detectives have determined the driver was 37-year-old Manuel Orrego-Savala, a citizen of Guatemala. He gave police the alias Alex Cabrera Gonsales after the early Sunday crash that killed Jackson and Monroe.

“Orrego-Savala is in the United States illegally and has previously been deported on two occasions, in 2007 and again in 2009,” Sgt. John Perrine said in a statement. “State police investigators are working with U.S. Federal Immigration Officials and they have placed a hold on Orrego-Savala.”

Police said Jackson, 26, and Monroe, 54, of Avon were standing near a stopped vehicle when Orrego-Savala’s Ford F-150 pickup truck drove onto the emergency shoulder and struck them both.

Investigators believe Monroe pulled to the side of the road and got out of the car to assist Jackson who became ill.

Orrego-Savala tried to flee on foot, but was apprehended shortly after on the ramp to Holt Road, police said. It is believed that the suspect was intoxicated at the time of the crash.

One of the two victims was thrown into the center lane of I-70 during the crash, Perrine said in a statement. A state trooper spotted the crash along the right side of the road and activated his emergency lights.

“As he slowed to stop for the crash he struck the body of the victim in the center lane,” Perrine said in a statement. State police did not say which victim was struck.

In the wake of the news, elected officials have taken to social media to chime in.

This news should make all Americans angry. A twice-deported illegal immigrant is suspected of killing 2 Hoosiers, including Colts LB Edwin Jackson. We must do more to get these dangerous illegal immigrant criminals off our streets, build a wall & put an end to illegal immigration https://t.co/mTmGu9iQbd

I can't believe you said that. What ignorance! Among the many laws we have on the books that are not being enforced or are difficult to enforce is illegals cannot simply wade across the Rio Grande and enter the country illegally. A wall will prevent most of that.

As to your "fiscally conservative" stupidity, the price tag for illegal immigration is $135 billion per year. The cost of the wall is less than $20 billion. You do the math.