Reuters poll: Hitlery campaign has imploded over past 4 days, nosediving 8 points, as Trump gained 5 points, a 13-point swing. So, Reuters deleted the data, but we have it!

That’s the good news. The REALLY good news is Donald Trump’s poll numbers have been trending in the opposite direction according to Reuters, sharply upward, from 37.1 percent on November 4 to 42 percent on November 7, the trend indicating a November 8 turnout figure of 43 percent, and an Election Day bulge of 7 points in The Donald’s favor. The graph, below, shows the trajectory of both candidates in the past four days…. 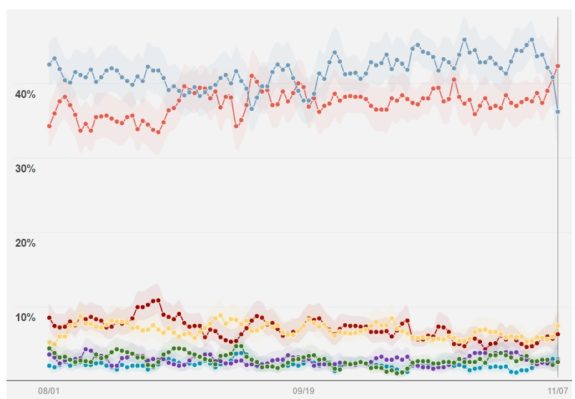 So, what does a loyal polling organization do when the news is not favorable for a Democrat candidate. Why, delete the data, of course! Check the following link. This is what Reuters currently shows in their poll. The last day they now show is November 3 when the Wicked Witch of Benghazi was ahead by five points. The past four days are missing! Link…. Reuters poll