The LA baseball bat murderer has been caught. He is an illegal immigrant who has been deported 7 times. Build the damned wall already!

If this doesn’t scream, “BUILD THE WALL ALREADY!” nothing does.

The manhunt for the Los Angeles baseball bat murderer appears to be over. LA police believe they have their man, an illegal immigrant who has been deported seven times.

Suspected of two murders in California and another attempted murder where the victim has been in a coma since admission to the hospital, seven-time deportee Ramon Escobar is also suspected of several murders in Texas.

UPDATE: KTLA is reporting that a third and fourth victim of Escobar’s brutality have died in the hospital.

Yet, we still have bleeding heart liberals doing all they can to keep animals like Escobar in the United States and free to roam our streets to murder even more innocent victims.

“An El Salvadorian man suspected of beating at least three people to death with a baseball bat in LA entered the country illegally and has been deported six times, it emerged on Tuesday.

Ramon Escobar, 47, was allowed to stay in the US after appealing his latest immigration conviction in 2016 and released under a supervision order.

He was arrested on Monday on suspicion of attacking seven people in LA with a baseball bat, three of whom died.

He’s also suspected in the disappearance of his aunt and uncle in Texas.

On Tuesday ICE revealed that he was first ordered out of the US in 1988 but it took until 1997 to deport him while he served a prison sentence for burglary.

He was subsequently deported five more times after entering the country illegally between 1997 and 2011.

Escobar spent five years in prison for robbery starting in the mid-1990 and has arrests for vehicle burglary, trespassing, failure to stop, public intoxication and two assaults, most recently in November 2017.

He was caught entering the US again but allowed to stay under a supervision order in 2016 after appealing, according to ICE.

Investigators believe Escobar began attacking the men at random on Sept. 8, shortly after he arrived in California from Houston following the disappearance of his uncle and aunt. 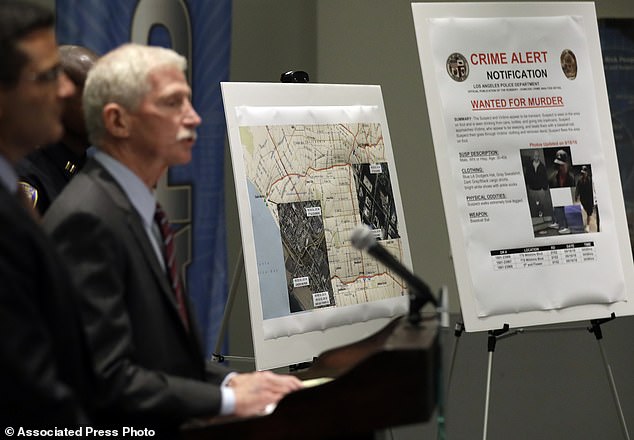 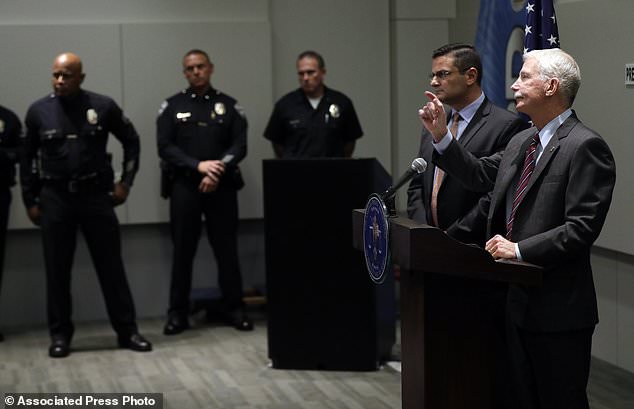 Detectives have seized a wooden baseball bat and bolt cutters that they believe were used to bludgeon men as they lay sleeping on the beach or on the street in Los Angeles and suburban Santa Monica, police said. All but one of the men was homeless.

Escobar could be charged Wednesday with murder and attempted murder in connection with a string of attacks.

He is being held without bail but U.S. Immigration and Customs Enforcement officials have filed a detainer seeking to take him into custody if he is released, the agency said.

Escobar was arrested Monday after a man sitting on a sidewalk was beaten unconscious and robbed of some of his possessions, Santa Monica police said. That victim remains in coma.

Detectives seized a wooden baseball bat and bolt cutters that police believe he used to carry out the attacks on random victims.

After his arrest in Santa Monica police confirmed he is being investigated in connection with at least six other attacks, three of them resulting in deaths, as well as the disappearance of his mother and uncle in Texas.

Lt. Saul Rodriguez says investigators are trying to determine whether Escobar might also be the culprit who beat two homeless men in the coastal city earlier this month and killed another man, fisherman Steven Ray Cruze Jr, 39, who was found dead under the pier last week.

Escobar, suspected in at least seven attacks – three of them deadly – was caught on surveillance video in downtown Los Angeles in mid-September

Police initially described Cruze as homeless, but his family said he was a deck hand on sportfishing and whaling boats and would sometime sleep under the Santa Monica Pier so he could be closer to work after late-night fishing.

‘He called his girlfriend at midnight. He said he was going to fish, then sleep, and go to work in the morning,’ his  aunt Cathy Smith told NBC Bay Area.

Cruze is survived by his 12-year-old son, James, who wrote of his slain father in the description of a GoFundMe campaign that he was ‘the best daddy.’

Police in Los Angeles say they suspect Escobar used a baseball bat to batter three homeless men as they slept on downtown streets before dawn on September 16. Two of the victims, ages 20 and 59, later died of their injuries.

The third victim was hospitalized in critical condition.”