VIDEO: Cop pulls up to an apparently unarmed, non-threatening man, shoots and kills him. What should be done about this?

I think we all back the blue and appreciate their service in keeping us safe, but how about when cops go rogue, act on their own outside the law, and how about when their superiors attempt to cover up their crimes?

I know you can’t judge all police by a few bad apples, but how do you justify the murder of this innocent man in the video, below, by a cop who simply pulls right up to him in his squad car and opens fire on the apparently (no weapon, no threatening gestures whatsoever in the video) unarmed, non-threatening man?

I would like to know how people feel about this and what to do about it. Please, add your comments in the comments section, below. 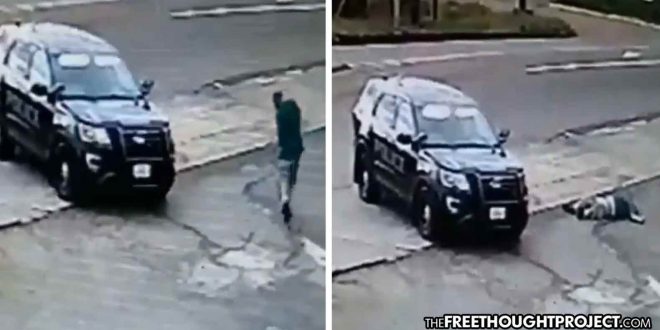 The victim, walking through a parking lot, then walking away from the LEO who then shoots and kills him

Aberdeen, WA — Surveillance video of a deadly police shooting in Aberdeen this week is going viral on Facebook after it began to raise some serious questions about the official police story. Now, Aberdeen police are doing damage control in an attempt to justify it.

According to reports, the shooting happened Monday around noon as police attempted to arrest Kristopher Fitzpatrick, 41, for the victimless crime of alleged drug possession. Fitzpatrick reportedly told police that he did not want to go back to jail and then ran away.

After Fitzpatrick walked away, surveillance footage shows an officer pull up in an SUV and shoot him, almost immediately. According to police, Fitzpatrick “pointed a gun” at the officer, who had no choice but to open fire.

“The individual displayed a firearm, pointed it in the direction of my officer, the individual was ordered to drop the firearm. The officer who was in foot pursuit then discharged his firearm several times, striking the individual,” Aberdeen Police Chief Steve Shumate said.

However, the surveillance video does not appear to show Fitzpatrick pointing anything in the direction of the officer. In fact, although the video is low resolution, it doesn’t appear that Fitzpatrick has anything at all in his hands prior to the officer pulling into the parking lot.

“I’m no forensic scientist, but it doesn’t look like this man pulled a gun on anybody,” said a friend of the victim who posted the video on Facebook.

Indeed, it doesn’t look like there was a need at all to shoot this man as he only appeared to be yelling. What’s more, after Fitzpatrick is on the ground, no gun can be seen.

Despite the video appearing to show that Fitzpatrick did not point a gun at officers, police are doubling down on their claims.

“He had a firearm on his person, he brandished the firearm, pointed it at the officer, which resulted in the shooting,” Grays Harbor County Sheriff Rick Scott said.

“Warnings had been given to put the gun down; unfortunately, the suspect did not heed those warnings,” Shumate said.

Police claim they have evidence showing that the shooting was justified. However, they have yet to produce it.

“It’ll all make sense in the end and people just need to be patient and let people do their jobs and I want them to do it right, not fast,” Scott said.

Now, police are urging people not to jump to conclusions, claiming the video only shows a small portion of the interaction—albeit the most important part.

“Community concern about the details of the incident are expected and while there may be partial or unsourced video and/or comments made on social media, the authorities caution the public and media to avoid drawing conclusions until the investigation is completed,” reads a statement released by police.

“I’m more than angry,” said brother Corey Fitzpatrick, who acknowledged Kris had a warrant out for his arrest. “You wonder what was going through the police’s head?”

“It’s just heartbreaking every time I watched it,” said Jessica, Fitzpatrick’s friend. “Kris has made bad choices in his life, but he is not a bad person at all. Not violent.”

After they killed him, police then released Fitzpatrick’s record which is standard procedure when police kill someone.

“The suspect was a convicted felon with multiple warrants for his arrest.  Various warrants were issued on 08/28/2019 for Obstructing Police, Attempting to Elude a Police Vehicle, and Violation of the Uniform Controlled Substance Act – Possession of Methamphetamine,” the statement read, noting all of the victimless crimes for which Fitzpatrick was wanted.

Below is this most disturbing video.

Here is the local news story: 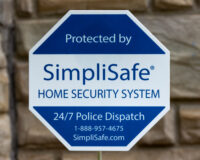