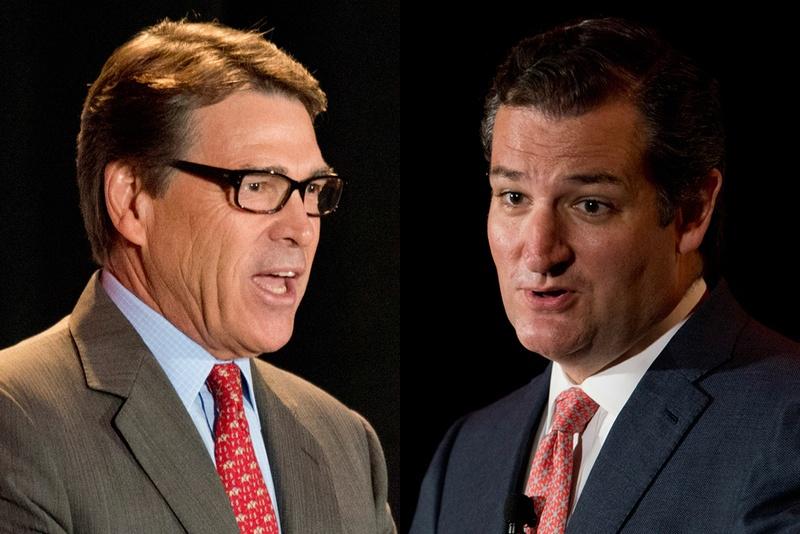 No surprise. Canadian Cruz will get clobbered in the Senate primary race by former gov Rick Perry.

It appears Texans have had enough of the Canadian Rino, who they sent to Washington to represent them only to discover that as soon as the Canadian got to Capitol Hill he abandoned his duties and responsibilities to the good folks of Texas and began running for president.

Canadian Cruz is hated by Democrats and Republicans alike. He made pissing off large groups of people, like New Yorkers, his daily mission while running for prez. His latest yuuuuge mistake was not endorsing Donald Trump at the convention, even though the audience of Republican delegates was demanding it.

From The Texas Tribune

A new poll suggests there is at least one fellow Republican who could unseat U.S. Sen. Ted Cruz in 2018: Rick Perry.

The former Texas governor would beat Cruz by 9 percentage points, according to the forthcoming survey from the Democratic-leaning firm Public Policy Polling. Set to be released later today, the poll found Perry would get 46 percent of the vote and Cruz 37 percent, with 18 percent saying they are not sure whom they would support.

Perry is the only challenger that PPP tested who would defeat Cruz. The poll indicates he would trounce two other Republicans talked about as potential opponents, Lt. Gov. Dan Patrick by 22 points and U.S. Rep. Michael McCaul by 32 points. He would also beat two Democrats, U.S. Housing Secretary Julián Castro and former gubernatorial candidate Wendy Davis, both by 12 points.

The discussion about Cruz’s 2018 prospects comes as his popularity at home continues to take a hit following his unsuccessful presidential campaign. Thirty-nine percent of likely voters told PPP they approve of the job Cruz is doing, while 48 percent said they do not and 13 percent were unsure.

Furthermore, a majority of Texas Republicans said they did not prefer Cruz as their presidential nominee. Fifty-two percent expressed a preference for Donald Trump, who vanquished Cruz in the primaries, and 38 percent for Cruz.