WOW! If just a fraction of this story is true, we are in deep trouble! Orlando Muslim terrorist was working for a US security firm transporting illegals into the US

So, we are employing suspected (now known) terrorists to transport illegal aliens from our border, where they are free to travel to wherever they please.

By “we,” I mean We the People. We actually paid Omar Mateen, the Muslim cockroach who killed 50 innocent people in Orlando and wounded 53 more, to deliver illegal aliens, including OTMs (Other Than Mexicans) deeper into our country, where they were released.

103 more reasons to vote for Donald Trump, who is dedicated to the preservation of our Second Amendment. It looks like we are going to desperately need it, folks!

If just one person had been armed that night in Orlando, how many innocent Americans would have been saved?

But…. nothing to see here, folks. Move along!

From Zero Hedge, via Bullfax 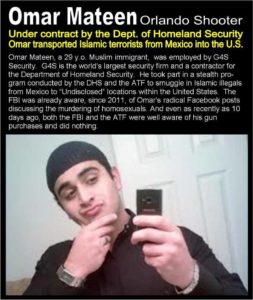 “Mateen was employed by one of the world’s largest security companies, where he may have had extensive clearances well above his pay grade.

But where it gets more disturbing is that as Judicial Watch reported several days ago, in a post titled, “DHS Quietly Moving, Releasing Vanloads Of Illegal Aliens Away From Border”, border patrol sources said that the Department of Homeland Security (DHS) was quietly transporting illegal immigrants from the Mexican border to Phoenix and releasing them without proper processing or issuing court appearance documents.

As a reminder, the government classifies them as Other Than Mexican (OTM) and this week around 35 were transferred 116 miles north from Tucson to a Phoenix bus station where they went their separate way.

Judicial Watch was present when one of the white vans carrying a group of OTMs arrived at the Phoenix Greyhound station on Buckeye Road.” 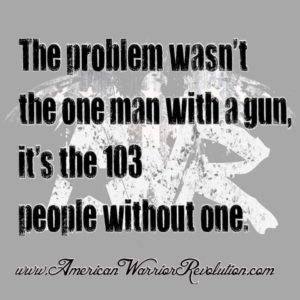