The priorities of Barack Hussein, explained in a single meme….

It is no secret that Barack Hussein has two primary interests in life, Islam and faggotry, not exactly compatible lifestyles, but, hey, who ever said liberals were smart? 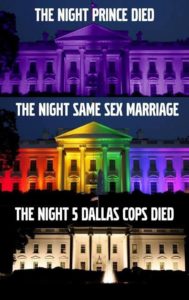