Barack Hussein is busy with one more sales job before leaving the White House, convincing We the People that his eight years at the helm have been a glowing success, that his legacy is one of competent leadership, a safer and more prosperous America, and increased respect for America around the globe.

Your legacy, Hussein, is one of misery, increased danger at home and abroad, lower wages, massive unemployment, a Middle East in complete turmoil, a return to the race relations of 1960, aiding and abetting our enemies while abandoning our allies, and allowing Americans in harm’s way to die at the hands of terrorists without lifting a finger to help.

Trending: BOMBSHELL! Fox News: “They’re going to be indicted. Now is it going to be a member of the (Obama) administration? It would have to be….”

Your legacy can be summed up in a single word, Hussein…. TREASON! That is your legacy. This Marine, who identifies himself only as “J”, says it best…. 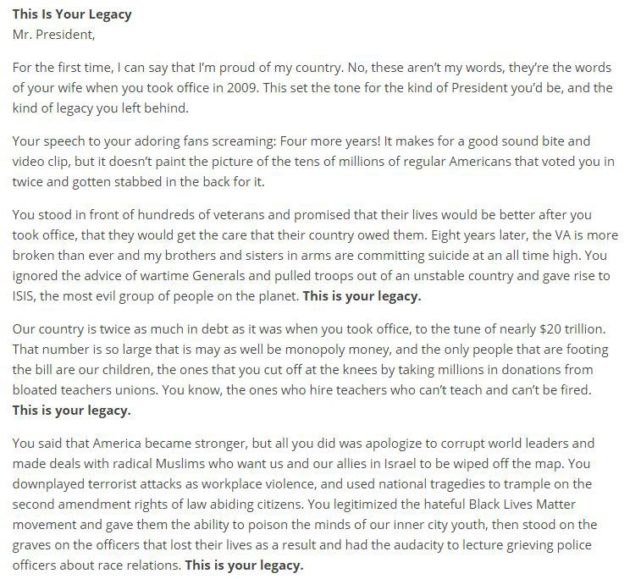