Wow! According to Egypt’s TV14 network, Obama secretly transferred eight billion dollars to the Muslim Brotherhood, not the Egyptian Government 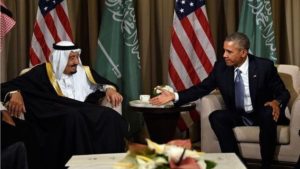 “Gimme some skin, my bruthah!”

Outrageous, if true, but not surprising. Who could be surprised at anything the Barack Hussein administration does in favor of terrorists?

Although this story was broken over two years ago it is beyond amazing that it has not been followed up on by our Congress, our federal law enforcement agencies, The Department of Justice (never mind!), our intelligence network, and most unbelievably, our media.

This is NOT just one more SNAFU by an incompetent leader. It is a deliberate, criminal attempt to pay terrorists bent upon the murder of every Jew on the planet. And if you are not Jewish, and believed that that is where Hamas would end their genocide, you don’t understand the ideology of Islam. Christians are next.

Amazingly, when this horrific episode was revealed and publicized by alternative media sources like Powdered Wig, it then simply went away, as America’s mainstream media had no interest in it. It did not fit their liberal narrative nor their assigned role of interference for, and protection of, leftists and their nefarious and treasonous agenda.

According to Egypt’s TV14 network, Obama had secretly transferred eight billion dollars to the Muslim Brotherhood, not the Egyptian Government, as payment to guarantee that a large portion of the Sinai Peninsula would be turned over to the terrorist organisation Hamas, an enemy of both the United States and Israel.

White House National Security Council spokeswoman at the time Bernadette Meehan, declined to comment on this secret directive that was discovered following the overthrow of Egyptian Muslim Brotherhood Leader, Morsi. When asked, Meehan said, “We have nothing for you on this”.

The directive outlines why the US Administration had chosen the Muslim Brotherhood which is widely accepted as a terrorist organisation by the US, Israel, Egypt and the United Arab Emirates.

The secret agreement was signed by deposed president Mohammed Morsi and his second in command, Khairat el Shater.

Who else was involved and where exactly the agreement was signed and where Obama got the eight billion dollars from is not clear.

When the hopeless Mohammed Morsi was deposed in 2013 and arrested by the Egyptian military, evidence of the secret agreement was found. It is believed that, partly as a result of this secret deal, Egyptian authorities are now considering the death penalty for Morsi.

The UAE government has also labelled two U.S. affiliates of the Muslim Brotherhood, the Council on American-Islamic Relations and the Muslim American Society, as terrorist support groups. Both groups of course have denied these claims.

They would also be aware of the Fatwah issued by the Muslim Brotherhood approving the 1981 assassination of Egyptian President, Anwar Sadat (above). The approval had been obtained from Omar Abdel-Rahman, a cleric later convicted in the US for his role in the World Trade Centre bombing.

The assassination was authorised to be undertaken by members of the terror cell, “Egyptian Islamic Jihad”.

It seems inconceivable that a US President could use Executive Orders in defiance of Congress to commit $US8 billion (or any amount for that matter) to promote and prop up a recognised terrorist organisation in an attempt to bring down one of the West’s very few allies in the region.

The Obama Administration has been aiding and abetting terrorism for yonks

In May of 2015, US Army Special; Forces Officer, Scott Bennett, revealed that he had irrefutable proof that the Obama Administration had been financially supporting ISIS through Swiss bank accounts and it was also supplying weapons to them via the CIA.

How can half the American people support Obama’s terrorist policies, especially with regard to ISIS, in light of these revelations? As one American scribe wrote, “One should consider any terrorist attack upon America by ISIS is also an attack coming directly from the White House.

The Obama Administration is dominated by 72 sympathisers with, or members of, the Muslim Brotherhood. Many of whom are actually on the no-fly list.

But this is not about whether Obama is or is not a Muslim. This is about senior White House officials having strong ties to terrorist organisations that in turn have ties to ISIS.

It is little wonder that Obama is unwilling to cast Islam and Muslims in a bad light?

Key officials with operational links to terrorists is a treasonous violation of their oath of office. And since Obama and his senior officials are complicit in these and a multitude of other similar appointments, it is treason of the highest order since the US has already decreed the Muslim Brotherhood to be a terrorist organisation.

Sidney Powell Slams Biden: ‘A Demented Pervert … Who Can’t Tie His Own Shoelaces or Know Where He Is’ (Video)
April 11th, 2021 Conservative Firing Line