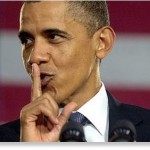 Before you break your keyboard while angrily pounding out a complaint email to Mr. Livingston, hear me out. There is no way a rational human being can observe nearly six years of President Barack Obama’s executive efforts and derive any other conclusion. If the Republican Party wanted to bring an end to partisanship by destroying the Democratic Party from the inside, I’m not certain they could build a robot in a secret lab in the bowels of Republican National Committee headquarters that could do the job more effectively than our man Barry.

“What if we program it to make it to high office and then turn into a gibbering idiot?”

“We tried that with the Biden-bot. It scares the children.”

An examination of Obama’s tenure reveals that not only has he failed to properly exercise his authority, but he has done so in ways so spectacularly awful that they must have been deliberate.

To date, his “signature” achievement remains the survival of Obamacare. Sprung fresh from the copilot’s seat in Illinois’ Senate delegation, Obama rolled into the White House promising a government takeover of the nation’s healthcare system. Then, he engineered nothing of the sort. Instead, he essentially nationalized the insurance billing system, inserting a layer of bureaucracy into an already paper-heavy industry. Obamacare exerts no positive effect on the care received, nor could it. The remedies are the same, although they now cost more.

Moreover, since Obama spent some time post-passage illegally tinkering with some of the provisions set forth and approved by Congress, healthy Americans who might otherwise have used extra cash to pay down debt or make a purchase now have to budget for the federal fee for not being sick (aka the individual mandate).

Obama promised lower premiums. They jumped into the stratosphere. Obama promised “If you like your doctor, you can keep your doctor.” When that proved false, he told us we remembered it wrong. When Healthcare.gov turned into the biggest computerized disaster since Time Warner merged with AOL, Obama tried to assuage concerns by pretendingto enroll through the site.

Obamacare never gained the approval of the majority of Americans. So he shoved it down our throats anyway. Obama should have said: “While I believe this is what’s best for America, my employers (that would be you, dear readers) want the plug pulled, pronto!” What a secret GOP double agent might have said: “You’ll eat it, and you’ll like it.”

After getting punked in Syria by Dr. Evil’s cousin, Russian President Vladimir Putin, Obama moved on to arming both sides of the ISIS-pressed war. Obama could have stood up to both. A secret GOP plant would have issued contradictory statements in between rounds of golf and visits to the Hollywood cash trough.

Even situations that, while tragic and outrageous, were fairly straightforward proved too hot for Obama and his accomplices to handle. When Islamofascists attacked the Benghazi compound and murdered four Americans, Obama could have said something like: “Let me be clear. Terrorists murdered our fellow Americans. We will bring them to justice.” But a secret GOP double agent might have said: “Who’s this ‘Ben Ghazi’ dude everyone’s yapping about? I was in Vegas. By the way, how about that YouTube; they’ve got crazy evil stuff on there? Sure hope someone doesn’t see it and attack one of our diplomatic compounds.”

A competent chief executive would have laughed at the idea of exchanging Taliban serial killers for an unrepentant deserter. A GOP plant would have proudly announced the trade from the Rose Garden, all the while ignoring the plight of a Marine being unjustly held in Mexico.

Rather than hire a competent, or even semi-competent, attorney general, Obama tabbed soon-to-be-ex-AG Eric Holder. It’s hard to imagine someone being so openly hostile to justice that his performance would compare poorly to his days as a student radical, but Holder found a way. It went through Mexico and required selling guns to narcoterrorists, but Holder figured it out. What Obama should have said the moment the Fast and Furious debacle erupted: “Holder’s subordinates made a series of poor decisions which led to tragedy. His refusal to be forthcoming to Congress is unacceptable. I have asked for his resignation.” What a secret GOP double agent might say: “I have full confidence in Attorney General Holder.”

After promising to be “the most transparent administration in history,” Obama pulled the shades the moment he stepped into the White House. Simultaneously, the senator who opposed the Patriot Act on grounds that it infringed on civil liberties became the president who wiretapped, bugged, hacked and/or surveilled pretty much anyone who used the words “tea” and “party” in the same conversation.

Murders committed by Islamofascist psychos like Nidal Hassan and Alton Nolen are “random incidents of workplace violence.” Meanwhile, anyone who openly carries his .45 is a possible “domestic terrorist.” Obama could have said: “The overwhelming majority of Muslims are peaceful people who have — and want — nothing to do with Islamofascist barbarism.” A secret GOP plant might have said: “The future does not belong to people who slander the prophet of Islam,” while mocking a sizable portion of his own electorate for “clinging to their guns and religion.”

When racial strife arose, Obama could have called for calmer, cooler heads to help lead the nation back to some semblance of comity. A secret GOP plant would have chosen a side — usually the one looting the Gas’n’Go or posting the wrong person’s address on the internet.

Of course, it goes without saying that Obama’s handling of the Ebola situation would need a booster seat just to see “abysmal.”

Obama’s approval numbers swim with the political fishes these days. With midterm elections approaching like a runaway freight train, Obama has done everything but tie the Democrats to the tracks. His own party seems to be developing a pretty severe aversion to him. Alison Lundergan Grimes, the understudy to Ashley Judd in the role of “candidate so uninspiring she can lose to an old wire-puller like Mitch McConnell,” practically dove out the window rather than admitting merely to voting for Obama. And Michelle Nunn, whose campaign used to involve reminding people she’s Sam Nunn’s kid and fundraising with the first lady, now centers more on reminding people she’s Sam Nunn’s kid. They’re not merely running away from the President; they’re actually pretending they don’t know him and hoping we’ll all buy their “Bamnesia.”

It is possible Obama is a hapless hack, borne aloft only by the desperate partisanship with which the left has replaced patriotism. But it’s also possible Grimes, Nunn and their many fellow office seekers who suddenly can’t remember Obama’s number know something we don’t.