Barack Hussein will get one last post-inauguration ride on Air Force One. Where is he going? Why, on vacation, of course!

Generally considered the sweetest perk of serving as President of the United States, Air Force One is standing by to give Barack Hussein one last post-inauguration ride.

And where is he headed for that last ride on the world’s most secure aircraft? Why, vacation, of course. He and Michelle are worn out from the dozens of vacays they have enjoyed over the past eight years and need a rest.

Today, the White House announced President Obama’s Tuesday trip to Chicago for his farewell speech, and the subsequent return to Washington, will be his final flights on AF1 as POTUS.

But he gets one more complimentary trip after January 20th, as press secretary Josh Earnest told the White House press corps Monday afternoon:

“It is obviously tradition for the former president to take one last flight aboard the Presidential aircraft at the conclusion of the Inauguration.”

“That’s certainly what I would anticipate, yes. The president and first lady will be leaving town shortly after the Inaugural Ceremony. But they will return, of course, to their rented house in Washington, D.C.”

No official word where exactly the former first couple will be headed, but Obama told Oprah Winfrey during an interview last month that he was going to take Michelle Obama on a trip to a less wintry locale.

Sounds like Hawaii, a frequent vacation destination of the Obama family, but who knows? Who cares! Just go away already! 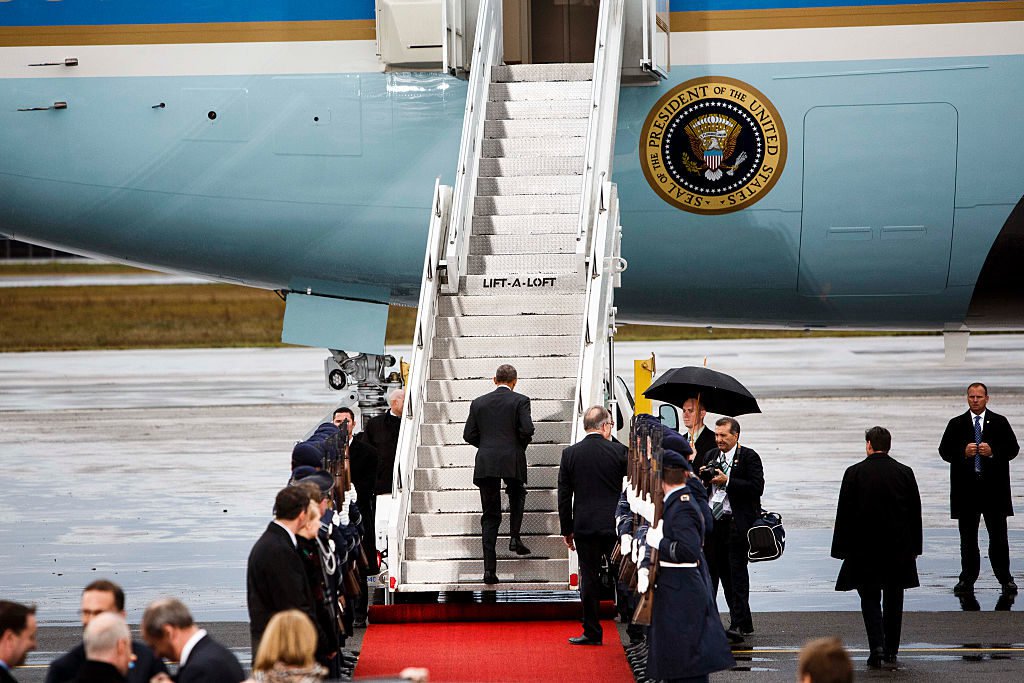