Texas mayor is colluding with Barack Hussein to sneak Syrian Muslim refugees into Texas, despite governor’s order that none be accepted

How much more damage can Barack Hussein do to America in just three weeks? He is working overtime to maximize the injury and is getting help from liberal weenies across the country.

Case in point: Austin Mayor Steve Adler is violating his governor’s directive that the state of Texas will accept no more Syrian refugees.

Despite the fact that Syrian Muslim refugees in Europe have committed some of the most horrendous terrorist acts, including the carnage in Paris in January, 2015, Obama continues to accept thousands of unvetted Muslim refugees into the United States.

As reported by Conservative Base, the news media provides wall-to-wall coverage of President-elect Donald Trump and his family — most of it negative stories — and continue to portray a failed president as having eight-years of achievement, they are once again purposely ignoring the federal government breaking laws, regulations and agreements regarding immigration.

After Governor Greg Abbott of Texas clearly stated that Texas is stopping the resettlement of so-called Syrian asylum-seekers, the President Barack Obama and his minions went behind Gov. Abbott’s back secretly colluding with the Democratic mayor of Texas’ most liberal city.

Austin, Texas, Mayor Steve Adler offered illegal aliens continued sanctuary and the Syrian Muslims are being provided with a welcome mat, according to a top nonprofit, non-government organization (NGO) based in the nation’s capital. The plan is said to entail the continued sending of unvetted Syrian Muslims to the Lone Star State, according to the government watchdog group Judicial Watch.

Gov. Abbott, who previously served as the Texas Attorney General and is no stranger to large-scale litigation, initiated a court action to end the flow of Syrian and other Middle Eastern-North African Muslims. During Christmas week, Judicial Watch successfully obtained records of the administration’s secretive program to send more Syrian Muslims to Texas, in spite of opposition from state officials over the security threats created by refugees from an Arab nation that’s a hotbed of terrorism.

“As is common for President [Obama], he is welcoming Muslims by the thousands into the United States but the number of Syrian Christians is fewer than 1% of the number of Muslims,” said former police anti-terrorism unit member Daniel Fierstein, “And Obama knows that the majority of Americans oppose his actions,” he added.

According to officials at Judicial Watch: “The White House looked to Austin [Texas] Mayor Steve Adler, going around the governor to confer with a city leader who espoused the controversial Syrian resettlements, the records show.”

Following Gov. Abbott’s announcement to Texans and the rest of the American people — that the state would no longer accept any more Syrian refugees — the Obama administration responded by colluding with ultra-liberal Adler, according to records of a conference call between the mayor’s office and the White House.

“The administration also furnished Adler with “talking points” involving the refugee resettlement and the parties discussed Abbott’s lawsuit. It seems bizarre that the feds would discuss legal action with a town mayor operating in the state suing them,” said officials with Judicial Watch. .

“Texas and California resettled the overwhelming majority of refugees in 2016, according to federal data, and Texas has absorbed the most Syrians. More than half of the nation’s governors oppose letting Syrian refugees resettle in their state for security reasons. Among them are Michigan, Arizona, Illinois, Florida, Maryland, Massachusetts, Georgia and New Hampshire,” Judicial Watch said in its statement. 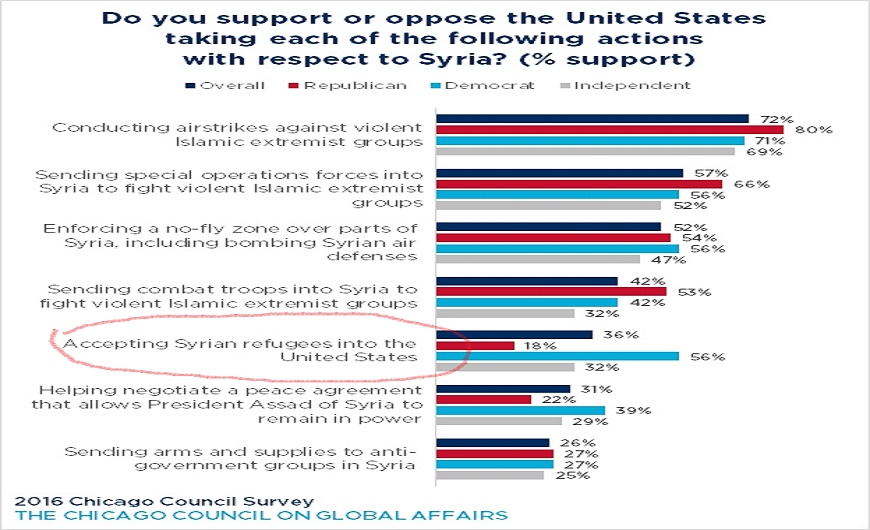 When advocates for these asylum seekers discuss the religious beliefs held by Muslims, they begin or end each of their arguments with a sympathetic pull at the heartstrings with “facts” that the U.S. has a history of providing asylum to those endangered by foreign enemies or domestic despots

But such statements are not germane to the issue. For example,  according to Judicial Watch, the Islamic terrorists who carried out the deadly attacks in Paris had come into Europe as Syrian refugees, who originally entered Greece by posing as refugees fleeing from the Syrian conflict.

“The Office of the Director of National Intelligence (ODNI) has confirmed that individuals with ties to terrorist groups in Syria have tried to infiltrate the United States through the Obama refugee program that has admitted more than 12,000 Syrians and counting. FBI Assistant Director Michael Steinbach has also conceded that the U.S. government has no system to properly screen Syrian refugees,” noted a Judicial Watch press release dated December 20, 2016.

Gov. Abbott cited the French case in his own lawsuit, which was dismissed by a federal judge in Dallas who ruled that the state didn’t have grounds to sue the federal government. According to Judicial Watch:

In the complaint, Texas accused the federal government of breaching its legal duty because the state was prevented “from receiving vital information to assess the security risk posed by the refugees in advance of their arrival” and that federal authorities refused “to consult with the state in advance on placement of refugees in Texas.” The state appealed the ruling to the 5th Circuit Court of Appeals but quietly withdrew it a few days after a separate appellate court rejected a similar appeal from Indiana. 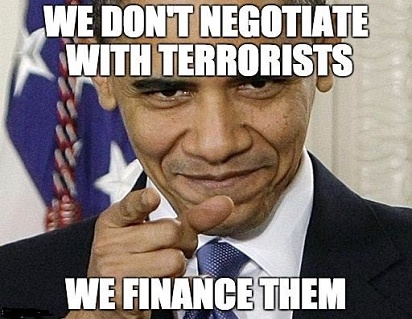 Adler, who has served as Austin’s mayor since 2014, has proudly boasted that Syrian Muslims would be welcomed by the city’s close to one-million residents. In his official press statement — “Syrian Refugees are Welcome in Austin” — Adler promises Texans living in Austin, which is the state’s capital city, that “any Syrian refugee coming to the United States faces the most stringent background checks of anyone entering the country.”

But according to more than a few law enforcement officers who spoke with Conservative Base about Obama’s obsession with Muslim refugees, even the FBI Director Jim Comey told congress during his testimony that he has no idea how one goes about vetting people who have no documents and come from war-torn nations that barely have a functioning government bureaucracy.

“Obama is proven liar. Adler is repeating lies. And the federal judge in this case, is a political hack. That’s how I see it,” said Nickolas Patranos, a former civilian police officer and military police member.

“This mayor claims the U.S. investigations of refugees’ backgrounds entails screening by the inept United Nations followed by vetting by the FBI Terrorist Screening Center and other federal agencies. Texans and Americans are being sold another fraudulent bill of goods by a administration famous for making empty promises,” said Patranos.