CNN reporter Shimon Propkupecz explained yesterday’s mass murder in New York in detail (video, below). The only details he intentionally left out were any mention of the terrorist’s ethnicity, religious background, or motive, even though police were well aware of those details at the time of the reporting. Propkupecz also vehemently declared that he would NOT share a description of the terrorist.

So, Powdered Wig’s crack team of investigators went straight to work to straighten out this mystery, which we are reporting for the first time here and now to correct Propkupecz’s obvious oversight.

So far, we have been able to give a clear description of the terrorist. As can be seen in the photo, above, his hair was cut short, except his beard, which was long, with the moustache shaven. He was also wearing a plaid shirt in conservative black and white checks, the sort worn by farmers. Therefore, we can now confirm that the terrorist is Amish.

A study of the murder weapon revealed the following facts: 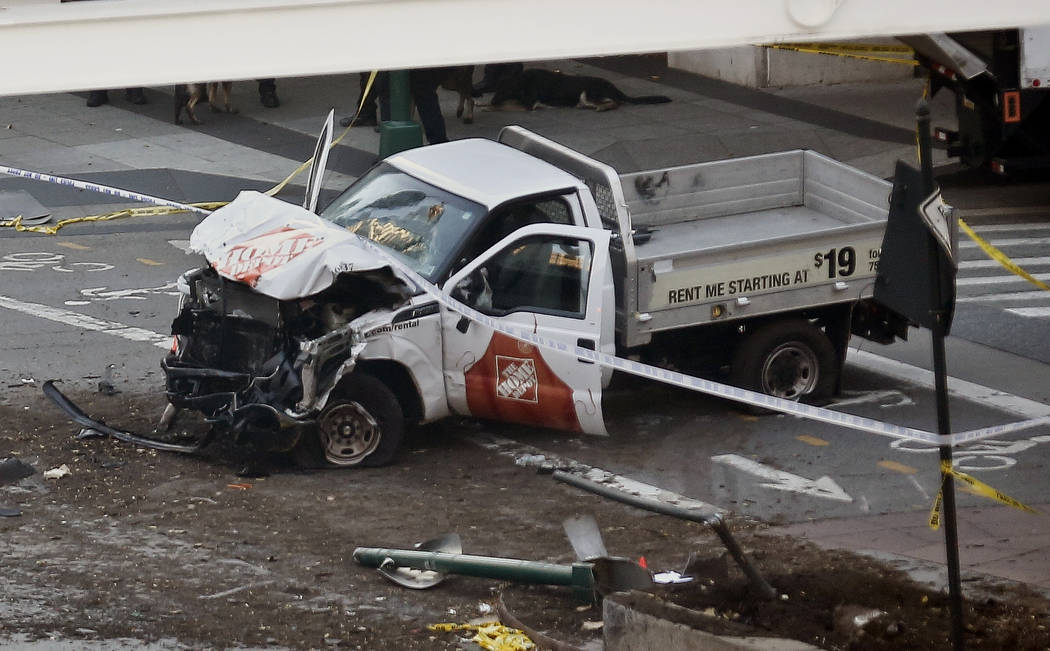 Note that the number on the side of the murder weapon is 19, and on the NASCAR racer, below, 20. We are investigating this relationship now to glean any further evidence as to the terrorist’s motive.

Therefore, based upon the information we have so far, we can confirm with the greatest certainty that the terrorist was a southern, conservative, Christian, Republican redneck of the Amish faith, and clearly a supporter of President Donald Trump.

Fox News’ Rick Leventhal, citing police sources, claimed that the suspect yelled “allahu akbar” as he exited the truck. We are certain, at this point, that this was a ruse used by the terrorist to lead authorities away from his southern, conservative, Christian, Republican redneck background in an attempt to convince them that he was a wonderful and decent adherent of the religion of peace only on his way to the local mosque to pray.

Also, note that the terrorist exited the truck with a BB gun and a paintball gun. We are now in touch with Senator Schumer’s office, encouraging him to propose adding these vile weapons to the assault weapons ban.

Please, please, please, understand that this writing is satirical in nature. It never fails when I write anything satirical for the sake of humor, regardless of how absurd, several readers will email me to tell me how wrong I am, in this case pointing out that the terrorist is not Amish because Amish do not drive trucks, only horse and buggies. Seriously, I will almost certainly receive comments like this. They will go on to tell me how stupid I am. LOL! Not kidding!