VIDEO: With war imminent, how long will North Korea last in an armed conflict with the US? Three days, max, say defense experts

With war appearing imminent between North Korea and the United States, how do defense experts believe the Hermit Kingdom will perform in a war against the most powerful armed force in world history? About as well as Saddam Hussein’s armed forces performed in the “Mother of all Battles.”

The United Nations Security Council has produced dozens of resolutions, including imposing trade and economic sanctions, but North Korea hasn’t budged even an inch.
As United States President Donald Trump and North Korean leader Kim Jong Un hurl threats at each other, it is not impossible to expect that the prolonged crisis on the Korean Peninsula will trigger a military conflict or war.

This scenario brings in focus the state and competencies of the North Korean army and the overall capacity of the country to wage a war.
North Korean military on paper seem an impressive force but is the reality so?

In this video, Defense Updates analyzes the capabilities of North Korean military and provides 5 reasons why it wont last even few weeks in a war with U.S?

North Korean navy has about 810 vessels, which in theory could seem a threat but in practice is no more than nuisance.

While their quantity is great, their quality isn’t as they represent decades old engineering and design concepts.

It has no aircraft carrier or destroyer and has only 3 frigates, which are no match to the advanced U.S surface combatants.
Large percent of fleet is made up of small patrol vessels.

All of these submarines uses diesel-electric propulsion and were designed in the 50’s or 60’s.

On paper the North Korean Airforce possesses more than 500 combat capable aircrafts, but almost all of them are 3rd generation and 4th generation once.
The MiG-29 is the K P A F’s most modern fighter and North Korea operates approximately only 40 of these.

The whole air fleet also has loads of maintenance issues as they are at the last leg of their service life and are grounded lot of the times. Combat availability of the airforce may be less than 50%.
The air-to-air missiles equipping fighters are also far older in technology compared to what U.S possesses.

F 22 & F 35 are a generation ahead of Mig 29, and are stealthy. In this scenario, the North Korean pilots will find it very difficult to detect and target them.
U.S with far sophisticated fighters, coupled with way better pilot training and strategy, is expected to quickly get air superiority over North Korean skies.

North Korea has more than 1.2 million active soldiers, and a further 7.7 million in reserve, making its ground force one of the largest in the world. Its troops are bolstered by 200,000 special ops soldiers.

But the troops are mostly ill equipped with outdated weapons of Soviet era.
The country’s conventional forces, facing a long slide after the end of the Cold War, have faced equipment obsolescence and supply shortages.

Sustaining a war effort requires massive reserves not only in men, but also in material.
Napoleon is known to have said “an army marches on its stomach”.

Not only will the relatively poor inventory of ammunition will dwindle down in few weeks but also will the food supply.

With these two basic items in short supply, the North Korean forces will not be able to continue fighting for long periods.

It is also foreseen by many experts that as the war turns against North Korea, many will start deserting the repressive regime, hastening the process of capitulation.

North Korea is cut off from the world and basically has almost no allies.

China has traditionally been North Korea’s closest ally, but has condemned the latest ICBM test as “unacceptable”.

North Korea has historically enjoyed strong links with China, its neighbor to the north and the west. But since Kim took power in 2011, the relationship has cooled.

Beijing has repeatedly asked Pyongyang to cease its nuclear tests and ballistic missile launches in vain.

Russia has also played it safe in the Korean front.

North Korea invests a huge proportion of its meager economy into its military, and its ambitious missile, nuclear and cyber programs have caused widespread international alarm.

Pyongyang spent nearly a quarter of its GDP on the military over the past decade, according to US government estimates.

Being isolated from rest of the world, it has failed to acquire modern technologies and as discussed in the video, its armed forces remain technologically handicapped.

Strategically, North Korea doesn’t have the required technology, resources or allies to wage a war for more than few days, especially against the most powerful nation in the worlds

Bill O’Reilly Smashes On Liberal Media, Says They Are Out To ‘Destroy’ Conservative Voices
Ken Blackwell 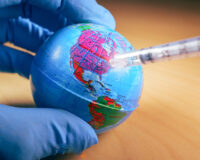 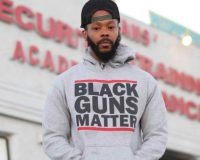