President Trump shows his hand while Kim Jong-nutjob talks more sh!t. “We consider the U.S. no more than a lump which we can beat to a jelly any time”

While the diminutive troll leader of the Hermit Kingdom continues to talk trash and bravado about what he will do the United States, President Trump is showing his hand, that the strike against North Korea will involve B-1 bombers, no boots on the ground.

This may very well be a ruse. Due to Barack Hussein’s attempt to destroy our national defense, budget cuts have left half our B-1 fleet of 62 grounded. Could it be that our special ops have found a sympathetic insurgency and a path directly to Kim?

How likely is it that Kim can get off a first strike before we can destroy all of his missiles? Very likely, I believe. Are there known sympathizers within Kim’s upper echelons who can prevent a first strike?

Who knows? We will see in the coming days. I have full confidence in President Trump to do what is best for America, our allies and the world.

Pentagon officials told Fox News on Friday that the U.S. military stands ready to “fight tonight” on the Korean Peninsula, as President Trump said the U.S. is “locked and loaded” and retweeted images from U.S. Pacific Command showing B-1B Lancer bombers on Guam.

At the same time, a North Korean state news agency statement warned that “even a single shell dropped on the Korean Peninsula might lead to the outbreak of … thermonuclear war.”

“We consider the U.S. no more than a lump which we can beat to a jelly any time,” the Korean Central News Agency said, quoting Institute of International Studies researcher Kang Kum Chol.

The exchange capped a week of escalating warnings between Washington and Pyongyang.

Shortly afterward, he retweeted the Pacific Command saying: “#USAF B-1B Lancer #bombers on Guam stand ready to fulfill USFK’s #FightTonightmission if called upon to do so.” 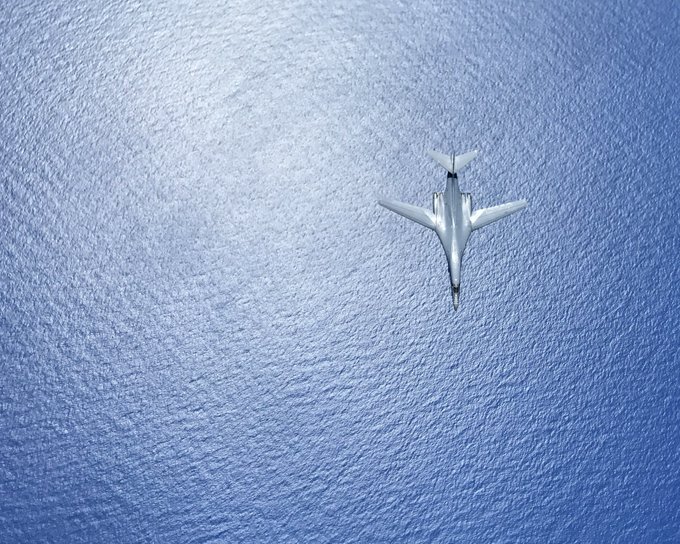 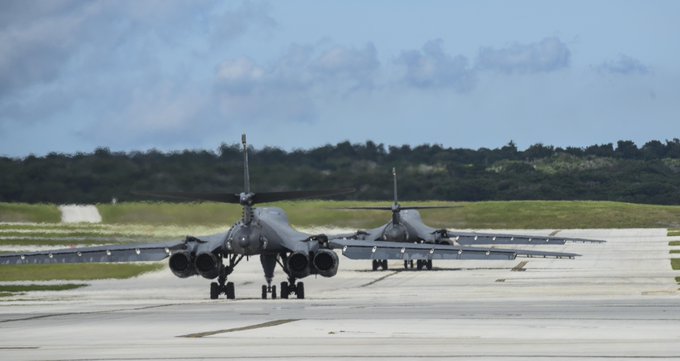 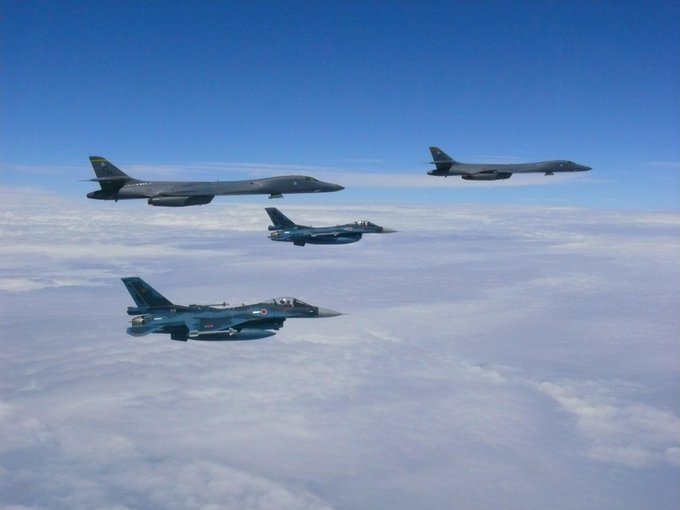 The “fight tonight” vow is a long-held motto for U.S. forces deployed to the region.

Trump and top military officials have left little to the imagination in warning Pyongyang about what would happen if it followed through on threats to attack Guam, a U.S. territory.

“He does something in Guam, it will be an event the likes of which nobody has seen before – what will happen in North Korea,” Trump said Thursday, at his property in Bedminster, N.J., in response to Kim Jong Un’s threats. “It’s not a dare, it’s a statement.”

Trump’s tweets follow days of escalating rhetoric toward the regime.

Earlier this month, the U.N. Security Council voted unanimously to introduce a set of punishing sanctions that could cost North Korea almost $1 billion off of its $3 billion annual export revenue. The resolution, which is considered the harshest levied against Pyongyang in a decade, was payback for its testing of two intercontinental ballistic missiles last month. Those tests, plus word that the rogue regime may have miniaturized nuclear weapons, have brought the world to the brink of war.

But dictator Kim Jong Un responded with more threats against the west, touching off a rhetorical escalation that culminated in Trump’s warning this week that the rogue nation would be met with “fire and fury” if it tried to carry out its threats. Hours later, state media in North Korea reported that its leaders were seriously considering a plan to fire missiles at Guam.

Despite the tough rhetoric, there are just six B-1 bombers deployed to Guam right now, according to defense officials. Out of the Air Force fleet of 62 bombers, only half can fly right now after years of budget cuts, according to Air Force statistics. There is currently no U.S. Navy aircraft carrier strike group or Marine Corps Expeditionary Unit off the Korean Peninsula right now.

Military assets could scramble from other locations, however.