North Korea’s experimentation with nuclear weapons over the past three decades has been careless and dangerous.

After five powerful nuclear tests at the Hermit Kingdom’s primary mountain test site, the site has collapsed, believed to be the result of massive earthquakes in the region which have been attributed to the nuclear tests themselves.

Experts are fearful that massive amounts of deadly radiation is being leaked into the surrounding air, possibly explaining higher than normal radiation levels in parts of neighboring China.

North Korea’s nuclear test site has collapsed … and that may be why Kim Jong-un suspended tests.

The mountain’s collapse after a fifth blast last fall has led to the creation of a massive ‘chimney’ that could leak radioactive fallout into the air, researchers have found 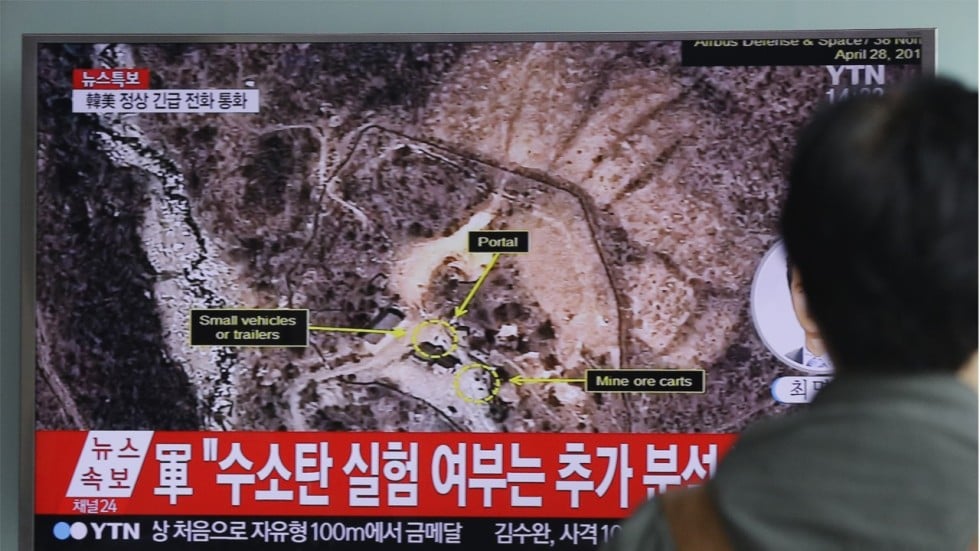 Hermit no more? North Korea ‘may follow China’s path and open up’

The collapse after five nuclear blasts may be why North Korean leader Kim Jong-un declared on Friday that he would freeze the hermit state’s nuclear and missile tests and shut down the site, one researcher said.

The last five of Pyongyang’s six nuclear tests have all been carried out under Mount Mantap at the Punggye-ri nuclear test site in North Korea’s northwest.

One group of researchers found that the most recent blast tore open a hole in the mountain, which then collapsed upon itself. A second group concluded that the breakdown created a “chimney” that could allow radioactive fallout from the blast zone below to rise into the air.

A research team led by Wen Lianxing, a geologist with the University of Science and Technology of China in Hefei, concluded that the collapse occurred following the detonation last autumn of North Korea’s most powerful thermal nuclear warhead in a tunnel about 700 metres (2,296 feet) below the mountain’s peak.

The test turned the mountain into fragile fragments, the researchers found.

Time to educate Chinese about the nuclear threat next door

The mountain’s collapse, and the prospect of radioactive exposure in the aftermath, confirms a series of exclusive reports by the South China Morning Post on China’s fears that Pyongyang’s latest nuclear test had caused a fallout leak.

Radioactive dust could escape through holes or cracks in the damaged mountain, the scientists said.

“It is necessary to continue monitoring possible leaks of radioactive materials caused by the collapse incident,” Wen’s team said in the statement.

The findings will be published on the website of the peer-reviewed journal, Geophysical Research Letters, likely next month.

North Korea saw the mountain as an ideal location for underground nuclear experiments because of its elevation – it stood more than 2,100 metres (6,888 feet) above sea level – and its terrain of thick, gentle slopes that seemed capable of resisting structural damage.

The mountain’s surface had shown no visible damage after four underground nuclear tests before 2017.

But the 100-kilotonne bomb that went off on September 3 vaporised surrounding rocks with unprecedented heat and opened a space that was up to 200 metres (656 feet) in diameter, according to a statement posted on the Wen team’s website on Monday.

As shock waves tore through and loosened more rocks, a large section of the mountain’s ridge, less than half a kilometre (0.3 mile) from the peak, slipped down into the empty pocket created by the blast, leaving a scar visible in satellite images.

Wen concluded that the mountain had collapsed after analysing data collected from nearly 2,000 seismic stations.

Three small earthquakes that hit nearby regions in the wake of the collapse added credence to his conclusion, suggesting the test site had lost its geological stability.

Another research team led by Liu Junqing at the Jilin Earthquake Agency with the China Earthquake Administration in Changchun reached similar conclusions to the Wen team. 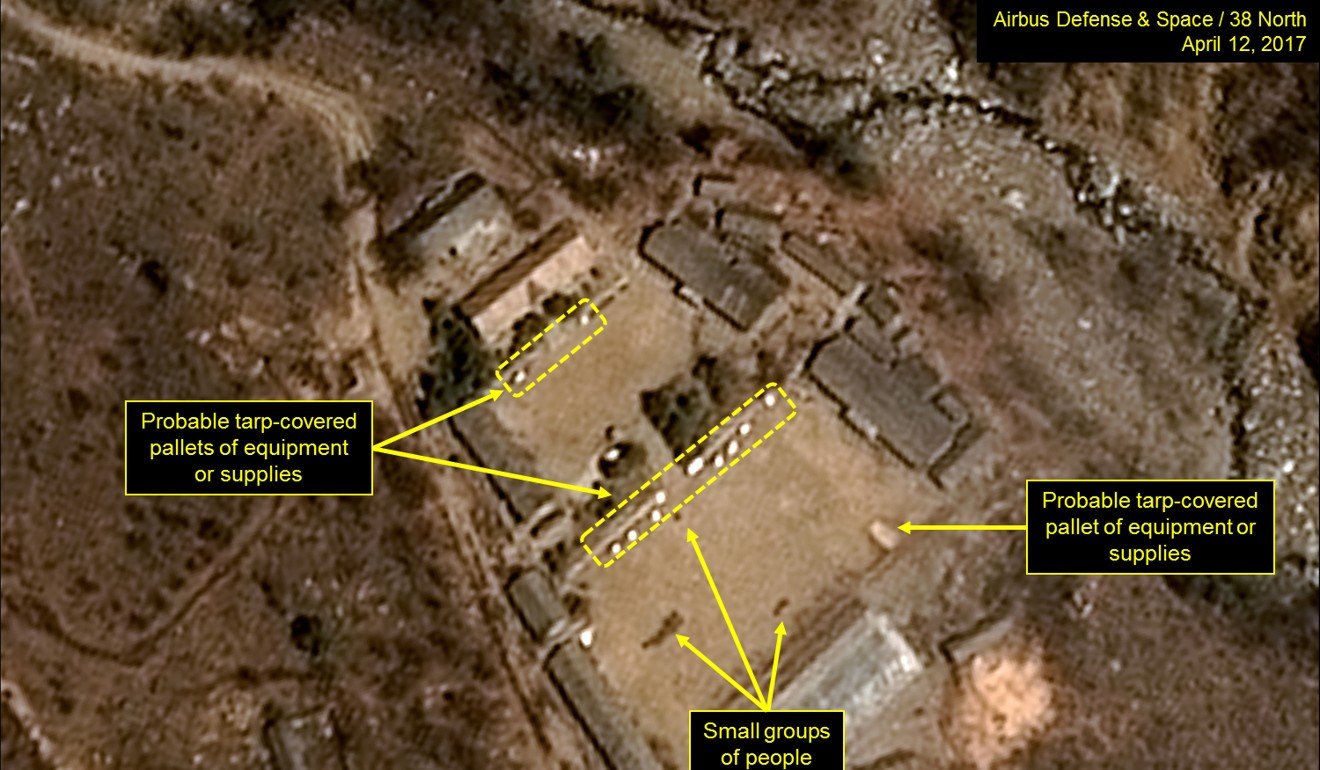 The breakdown not only took off part of the mountain’s summit but also created a “chimney” that could allow fallout to rise from the blast centre into the air, they said.

Zhao Lianfeng, a researcher with the Institute of Earth Science at the Chinese Academy of Sciences in Beijing, said the two studies supported a consensus among scientists that “the site was wrecked” beyond repair.

“Their findings are in agreement to our observations,” he said.

“Different teams using different data have come up with similar conclusions,” Zhao said. “The only difference was in some technical details. This is the best guess that can be made by the world outside.” 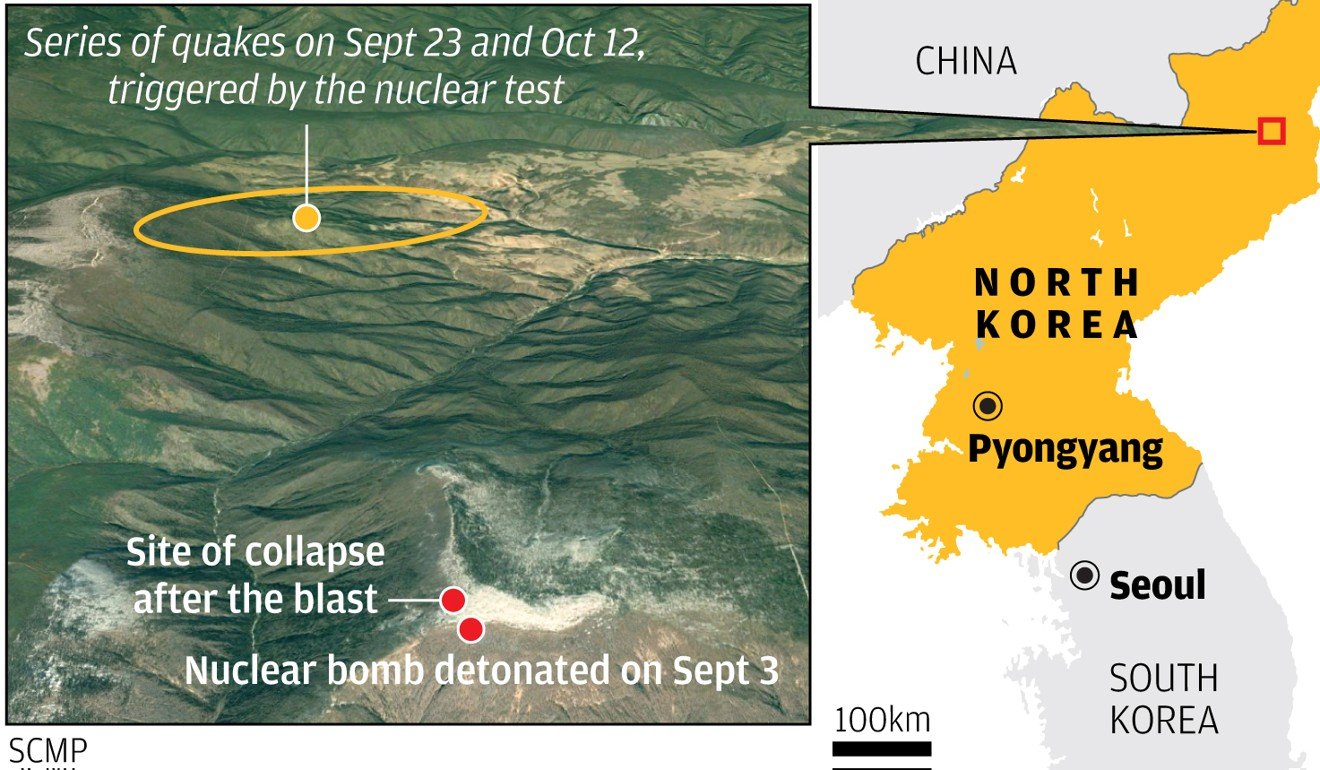 Although the purpose of Lee’s visit was not disclosed, two days later Pyongyang announced it would no longer conduct land-based nuclear tests.

Hu Xingdou, a Beijing-based scholar who follows North Korea’s nuclear programme, said it was highly likely that Pyongyang had received a stark warning from Beijing.

“The test was not only destabilising the site but increasing the risk of eruption of the Changbai Mountain,” a large, active volcano at China-Korean border, said Hu, who asked that his university affiliation not be disclosed for this article because of the topic’s sensitivity.

Hit by crippling international economic sanctions over its nuclear ambitions, the country might lack sufficient resources to soon resume testing at a new site, he said.

“But there are other sites suitable for testing,” Hu said. “They must be closely monitored.”

Guo Qiuju, a Peking University professor who has belonged to a panel that has advised the Chinese government on emergency responses to radioactive hazards, said that if fallout escaped through cracks, it could be carried by wind over the Chinese border.

“So far we have not detected an abnormal increase of radioactivity levels,” Guo said. “But we will continue to monitor the surrounding region with a large [amount] of highly sensitive equipment and analyse the data in state-of-the-art laboratories.”

Zhao Guodong, a government nuclear waste confinement specialist at the University of South China, said that the North Korean government should allow scientists from China and other countries to enter the test site and evaluate the damage.

Was North Korea to blame for radiation spike in north China city?

“We can put a thick layer of soil on top of the collapsed site, fill the cracks with special cement, or remove the pollutants with chemical solution,” he said.

“There are many methods to deal with the problem. All they need [to do] is ask.” 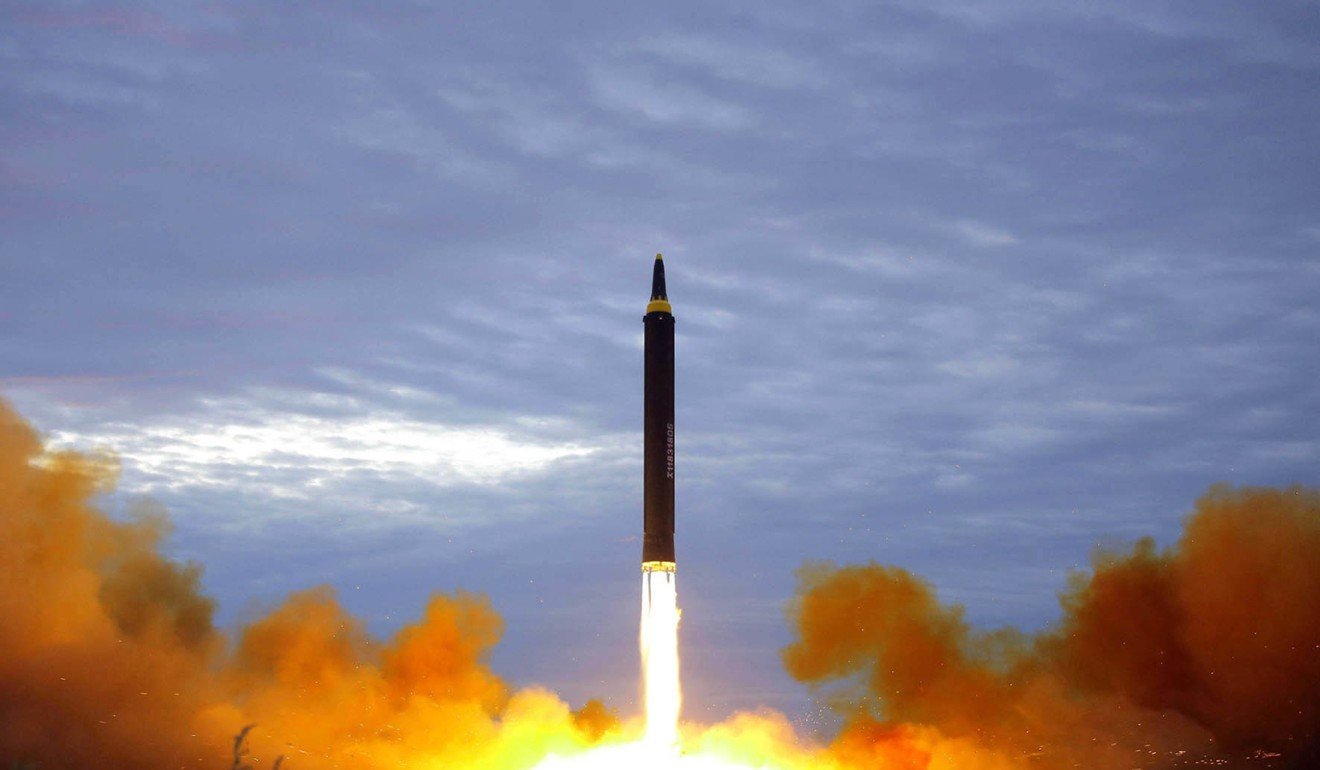