Muslims strike at Colorado meat plant for not being able to stop working and pray several times a day. They got fired, now whining like babies

Good on Cargill, the employer of several hundred Muslim workers in Colorado who went on strike recently to demand set-aside prayer time several times a day.

Cargill management refused, telling the workers, “If you want to pray, go home.”

Having been self-employed for the past 25 years, I appreciate the courage of Cargill management. Starting a company of any kind is a huge risk. That company belongs to its owners, not the production workers. The owners call the shots, not the employees. It’s good to see the employer win once in a while.

I’m sure Cargill knew there would be a politically correct storm a-brewing, but stood firm, doing the right thing, political correctness be damned!

How long before Cargill is put under the microscope of the federal government and punished, and forced to comply with the politically correct agenda of Barack Hussein? Nah, the Hussein administration would never do that, right? 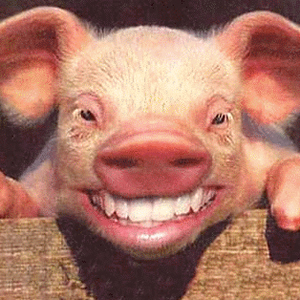 About 190 workers, most of them immigrants from Somalia, have been fired from a meat packing and distribution plant on Colorado’s Eastern Plains for walking off the job to protest a workplace prayer dispute.

Ten days ago more than 200 workers walked off their jobs at Cargill Meat Solutions in Fort Morgan.

Some workers later returned, but the majority stayed away as representatives of the Council on American-Islamic Relations (CAIR) negotiated on their behalf.

On Tuesday Cargill, through its attorneys, fired the workers who were holding out, said Jaylani Hussein, a spokesman and executive director of CAIR.

Cargill is a Kansas-based company.

Some of the fired employees have been working at the plant for up to 10 years, Hussein said.Cargill had previously allowed Muslim employees to pray at the plant, even providing a prayer room, he said.

Depending on the season, the Muslim workers prayed at different times of the day, typically in about five-to-10 minute blocks, Hussein said. But recently a decision was made at the plant to change the practice.

“The workers were told: ‘If you want to pray, go home,’ ” Hussein said.

Many of the workers, some who support family with their earnings, banded together and decided to walk off the job in an attempt to sway plant managers to reinstate a prayer schedule.

Hussein and Jenifer Wicks, also of CAIR, were negotiating with Cargill. On Tuesday, they were told of the mass firing.

Hussein said company officials told him the mass dismissal was over a “no call, no show, walk out.”