CONFIRMED! According to US Southern Command, Muslim extremists (read: terrorists) are infiltrating across our southern border 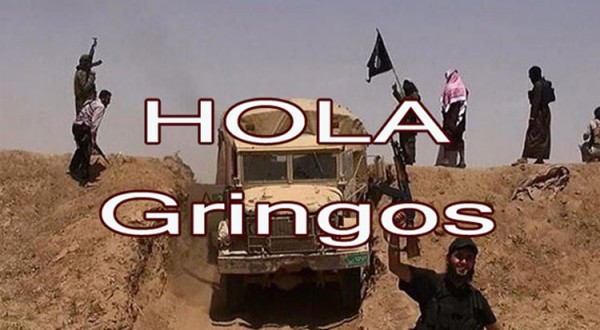 Was there ever a doubt. It is now being confirmed by our military that Muslim extremists are in fact infiltrating the United States across its southern border.

But…. nothing to see here, folks. Move along! We don’t need a wall. All we need is more love and understanding of our Muslim brothers. Yeah, that’s the ticket!

Powdered Wig’s resident liberal field correspondent, Kim Cheezy, offered the following editorial, brief but to the point…. “Those poor Muslim extremists are people too. If strapping bombs to themselves and murdering hundreds of people is their preferred form of self-expression, then so be it. Who are we to criticize? “Freedom for all,” isn’t that our motto?

OK, so it isn’t. We still cannot allow a few thousand beheaded Americans to destroy our founding principle of individual liberty.

What is good for us is also good for goat-humping, mouth-breathing cavemen. Before you know it, we will all be holding hands, swaying to and fro, and singing Kum ba yah around the campfire.” 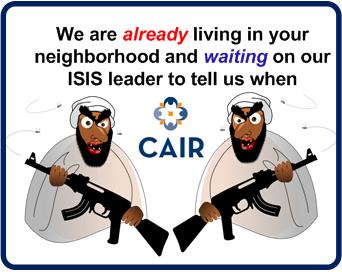 From The Washington Free Beacon

Sunni extremists are infiltrating the United States with the help of alien smugglers in South America and are crossing U.S. borders with ease, according to a U.S. South Command intelligence report.

The Command’s J-2 intelligence directorate reported recently in internal channels that “special interest aliens” are working with a known alien smuggling network in Latin America to reach the United States. The smuggling network was not identified.

Army Col. Lisa A. Garcia, a Southcom spokeswoman, did not address the intelligence report directly but said Sunni terrorist infiltration is a security concern.

“Networks that specialize in smuggling individuals from regions of terrorist concern, mainly from the Afghanistan-Pakistan region, the Middle East, and East Africa, are indeed a concern for Southcom and other interagency security partners who support our country’s national security,” Garcia told theWashington Free Beacon.

“There are major hubs that serve as entry points into the region for migrants from those areas of concern attempting to enter the U.S. along our border with Mexico,” she said.

The infiltrators from terrorist states and unstable regions exploit vulnerabilities in commercial transportation systems and immigration enforcement agencies in some of the countries used for transit, Garcia said.

“In 2015, we saw a total of 331,000 migrants enter the southwestern border between the U.S. and Mexico, of that we estimate more than 30,000 of those were from countries of terrorist concern,” she said.

Another problem in dealing with migrants from the Middle East, North Africa, and South Asia is a lack of information among the governments of the countries used by potential terrorists for transit.

The exploitation of alien smuggling networks by terrorists until recently had been dismissed by both American security officials and private security experts as largely an urban myth.

However, the Southcom intelligence report revealed that the threat of Islamist terror infiltration is no longer theoretical. “This makes the case for Trump’s wall,” said one American security official of the Southcom report. “These guys are doing whatever they want to get in the country.”

“An element that has been long recognized is that our ability to track people moving through transportation systems is an area that we must continue to devote efforts on, and the ease with which human traffickers are able to use our transportation systems to move people through the networks relatively undetected should give us all concern,” Tidd said.

Republican presidential nominee Donald Trump last week called for stepped up counterterrorism measures that he said would involve “extreme vetting” of immigrants in a bid to better screen out potential terrorists.

Trump also has made a campaign theme the construction of a wall across the United States’ southern border as part of efforts to better control the flood of illegal immigrants.

Joel Vargas, head of Contingent Security Services and a consultant to law enforcement agencies, said there is no evidence Sunni extremists are creating new relationships with alien smugglers. However, he said in an email that “existing smuggling networks from Central America are increasing their access.”