Gross, fat sow advertises that she will gladly have sex with any and all refugees. Talk about hard up!

Even with all we have seen from so-called Muslim “refugees” over the past few years, both in Europe and the United States, I remain amazed that there is anyone left who is stupid enough to invite more of the same assault, rape, and murder, typically offered on a massive scale, but apparently there are plenty of such morons out there.

So, for what reason would an odious sow like the one pictured below advertise free sexual favors to any and all refugees? I think she has it all figured out. She can’t find an American willing to have sex with her, so she will be delighted to hook up with men used to goats as sex partners. Personally, I would prefer a goat to this farm animal. 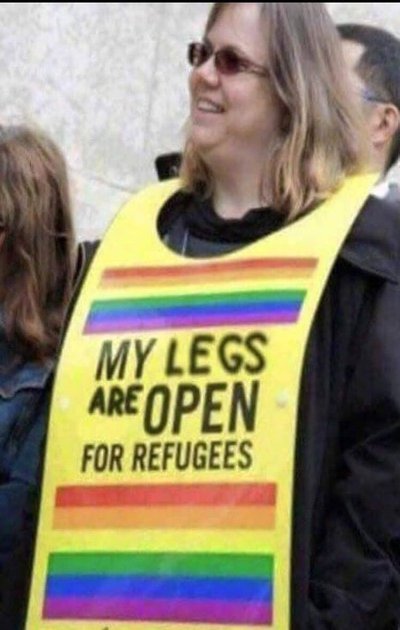