Mahmoud Abbas is the latest Muslim leader to condemn terrorism, unless of course it is against Israeli Jews, which he encourages

Palestinian Authority President Mahmoud Abbas is the latest Muslim leader to condemn the Muslim terrorism, the incidents of which continue to rise around the world, especially in Europe.

“We extend our sincere condolences to the Queen, government and people of the United Kingdom and to the families of the victims of the terrorist attack,” said Abbas recently, adding, “We will always reject terrorism in all its forms.”

Is Abbas lying? Nah, a Muslim would never do that, right? Or has he experienced an epiphany, suddenly recognizing the pain and horror caused to innocent people by Muslim zealot whackjobs? Or could it be that someone, somewhere is prodding him to lie through his teeth? I’m going with the latter.

It appears that Abbas’ sudden change of heart regarding Muslim terrorism is limited to offshore terrorism. He still promotes butchering innocent Israeli Jews, whom he refers to as “filthy.”

As it turns out, he and his Palestinian Authority (PA) do indeed condemn terrorism — when it is directed against anyone but an Israeli. Israeli blood, it seems, is different.

“The President of the State of Palestine, Mahmoud Abbas, on Sunday condemned the terror attack in the British capital of London. His Excellency (Abbas) offered his deep condolences to Britain – its queen, government and people, and to the families of the victims of the terror assault. He affirmed his permanent rejection of all forms of terrorism.”

This statement is in line with others Abbas has made recently. Just two weeks ago, Abbas, during a joint press conference with visiting U.S. President Donald Trump in Bethlehem, condemned the May 23 terror attack in the British city of Manchester, the deadliest attack in the United Kingdom since July 7, 2005, in which 23 people were killed and 119 were injured, 23 critically.

Abbas described the terror attack as a “heinous crime” and said that the Palestinians were prepared to work with the U.S. as “partners in the war on terrorism in our region and the world.”

Two days later, Abbas was among the first leaders to condemn a terror attack that killed 28 Coptic Christians in central Egypt. Once again, Abbas said that he and the Palestinians stood with Egypt and its president, Abdel Fattah al-Sisi, in the war against terrorism.

This verbal charade has been going on for some time.

Last April, Abbas was quick to condemn the terrorist attack that took place on the Saint Petersburg Metro, in Russia, in which 15 people were killed and 45 injured. Abbas, in a letter to Russian President Vladimir Putin, said that he and the Palestinians support Russia in its war against terrorism.

Abbas also ran to condemn the wave of terrorist attacks that has hit Belgium, France and Germany in the past two years. This apparent repudiation of terrorism is a startling development for Abbas. The only catch is that when it comes to Israel, Abbas takes quite the opposite line.

For the past two years, Palestinians have been waging a new type of “intifada” against Israel — one that consists of knife and car-ramming attacks, similar to the ones carried out in Britain, France and Germany. This wave of attacks, which began in September 2015, has claimed the lives of 49 people and injured more than 700. Since then, Palestinians have carried out more than 177 stabbings, 144 shootings and 58 vehicular attacks.

This wave of terrorism is the direct result of incitement by various Palestinian groups and leaders, including Abbas himself.

“Every drop of blood that has been spilled in Jerusalem is holy blood as long as it is for Allah. Every martyr (Shahid) will reach paradise, and everyone wounded will be rewarded, Allah willing. The Al-Aqsa Mosque is ours, and they [Jews] have no right to defile it with their filthy feet. We will not allow them to [defile it], and we will do everything in our power to protect Jerusalem.”

A few days later, Palestinians heeded Abbas’s call by launching the newest wave of terrorist attacks against Israelis. These deadly attacks continue until this day. Abbas’s remarks served as a catalyst for the new “intifada”, one that is precisely parallel to the attacks we are witnessing on the streets of Paris, London and Berlin.

Yet Abbas, the world’s newest renouncer of terror, has chosen to refrain from rescinding his explicit call for Palestinians to butcher Jews in order to prevent them from “defiling” the Aqsa Mosque. Needless to say, Jews have neither desecrated nor caused any harm to the mosque. All they have been doing, as is permitted, is visiting the outdoor Temple Mount compound as tourists. Never have any of these Jews set foot inside the Aqsa Mosque. 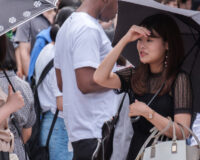 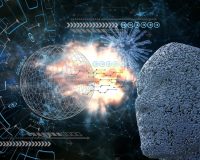