Will wonders never cease? The mainstream media appears to be changing its narrative to the truth in regard to Antifa violence. Scenes from Berkeley

Photo, above: Trump supporter being beaten by Antifa cowards in Berkeley

Could it be? Is the mainstream media actually beginning to change its official narrative from “Conservative Trump supporters are all violent white supremacists” to “Well, OK, it does look as though leftist anarchists like Antifa are the ones actually behind the unprovoked violence?” It certainly appears to be happening right before our very eyes.

“Black-clad anarchists on Sunday stormed into what had been a largely peaceful Berkeley protest against hate and attacked at least five people, including the leader of a politically conservative group who canceled an event a day earlier in San Francisco amid fears of violence.”

Watch as an Antifa army chases down a single Trump supporter and beats him mercilessly….

Antifa terrorists chasing down canceled Patriot Prayer organizer Joey Gibson. Denying the patriots their First Amendment rights to free speech and assembly was not enough for the terrorists. They wanted blood, and if not for police presence, they certainly would have gotten it. Also, note Antifa carrying deadly weapons against police orders….

Say what!? Is this the same Washington Post that has been demanding that all Trump supporters are white supremacists and white nationalists?…. 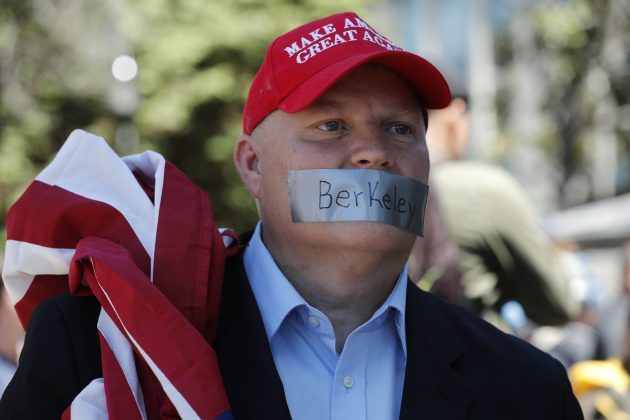