Please sign this petition telling Mitt Romney to stay out of the 2016 presidential race. He has been hired by special interests to hurt Trump

Prior to this week, I actually believed Mitt Romney to be an honorable man with great integrity. Boy, did Mitt Scumbag Romney have me fooled!

Please sign this petition telling Mitt Romney to stop embarrassing himself and go home! He cost us four more years of Barack Hussein in  2012. His only purpose in this election is to damage Donald Trump. He is the front man for the very special interests Trump is fighting against. Romney is a dirtbag, just another establishment parasite who can’t seem to win an election to save his miserable ass.

Sign the petition telling Mitt that he is no longer wanted, he is irrelevant, stop messing with the people’s choice, and go home!…. Dump Mitt Romney! 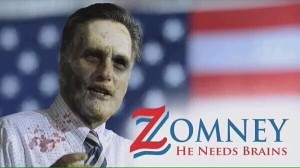 As the Doctor Kevorkian of politics, your opinions are not welcomed. Whether you were simply as bad as you appeared or whether you intentionally sabotaged us in 2012, we do not need or want you involved in 2016.

Your recent and belligerent outbursts against Donald Trump, which contradict previous statements, prove only that you are an establishment hack. Your curious “tax” complaint proves you are either a liar or a criminal (only a liar would make those claims without facts and only a criminal could illegally gain access to another person’s taxes). Lest we not forget Harry Reid’s similar behavior. Who are you, Mitt?

Most of us respected you as a person, but you have seen fit to reduce your reputation to that associated with liberal progressives like Harry Reid. What next, are you going to allege Donald Trump has “binders” of women? You are a political hack, just like the rest of them.

What you and your cronies do not realize is that a majority of Republicans have picked Donald Trump, decisively, over the “competition.” Accordingly, you are not helping, you are going against the interests of the  Republicans which have spoken clearly. You are saying “I don’t care what the real Americans think, my buddies and I just don’t want Donald Trump.” For that, you should be ashamed.

You got off easy in 2012 by merely losing an election. Keep up this nonsense and you will lose what’s left of your reputation.

To be fair, you were not a complete political failure; you single handily got a failing president re-elected. For that, progressive America celebrates you. We suspect you would do better on a democratic ticket, so please stop pretending you are anything but a liberal, progressive hack, planted by the Republican establishment to prevent Donald Trump from exposing you all.

Collectively, we say: You are irrelevant… go home.